New Jersey millionaire and father of three, 53, faces jail time after engaging in sex acts with then 15-year-old girl including ‘once putting his private plane in autopilot to have intercourse with her’

A New Jersey millionaire could get jail time after pleading guilty to engaging in sex acts with a 15-year-old girl, once even putting his private plane in autopilot for that express purpose.

Stephen Bradley Mell, 53, of Bedminster, New Jersey, pleaded guilty to charges of engaging in interstate travel to engage in illicit sexual conduct and receiving child pornography in December 2018 and is now due for sentencing on Tuesday.

Mell — who was a married father of three who had a brokerage firm — was accused of committing sex acts with a 15-year-old girl whose mother had approached him so that he could give her flying lessons, according to legal documents obtained by the Bridgewater Courier News.

Stephen Bradley Mell, 53, pleaded guilty to charges of engaging in interstate travel to engage in illicit sexual conduct and receiving child pornography in December 2018 and faces multiple years in jail at his sentencing Tuesday

Mell, who started his own charity, Air Lifeline, which flew children with medical needs anywhere in the US for treatment, had a helipad at his home and owned several aircraft. He was said to have received his pilot’s license when he was 16.

Court documents said that Mell started talking to the girl, who is not being named, in 2017, using text messages and Snapchat. Their communication was said to have turned sexual when Mell, then 51, asked the teen ‘if she knew how to perform oral sex.’

Mell allegedly ‘performed oral sex acts’ on the girl in June 2017 and engaged in sex acts with her again in July 2017, after which he supposedly bought her an emergency contraceptive pill.

He was said to have sent the teen a text message stating that ‘If you are nervous it will hurt more’ and added that ‘When you are turned on is when it will feel ok.’

On July 20, 2017, Mell allegedly flew the girl on his private plane from a New Jersey airport to Cape Cod ‘for the purpose of engaging in illicit conduct, specifically, a sexual act with a person under the age of eighteen.’ It was during the return flight that he supposedly put the plane on autopilot so that he could have sex with the girl.

Mell was said to have performed sex act with the teen on several other occasions over the course of the next month, entreating the girl to send him images of herself in sexually-explicit conduct via text messages, SnapChat photos or FaceTime video chats. 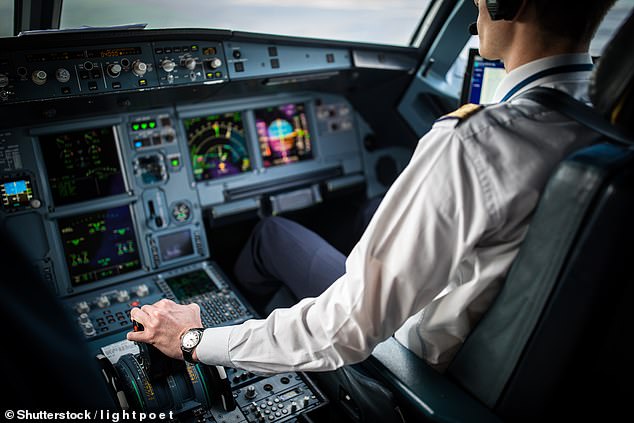 During one trip to New York City, where they had sex, Mell supposedly took a photo of the girl with his cell phone, as she stood naked with ‘genital area clearly visible.’

In September 2017, Mell was said to have asked the girl to go on birth control, texting her to ‘Please get the IUD’ and ‘I know you are trying.’

The final event detailed in the federal complain against Mell occurred in November 2017, when he was said to have asked the girl send him ‘a nice naked pic cute thing.’

Mell, whose wife has filed for divorce, is currently out of jail on a $1million bond.

His mother put her South Carolina home up as security. He was made to turn over his pilot license and told to stay 1,000 feet away from the teen girl’s home and workplace. In addition, he is restricted from using computers and must take periodic polygraph tests.

On Tuesday, Mell could be sentenced to five years in federal prison and five years of supervised release for the December 2018 charges he pleaded guilty to, according to the New York Daily News.

In addition to those charges, Mell pleaded guilty to third-degree endangering the welfare of a child by engaging in sexual relations with a female victim under the age of 16 on May 13.

His sentencing for those charges will occur on July 12, when he could face a multi-year state prison sentence, too.