A professor at the New Jersey Institute of Technology has recently come under fire after claiming Adolf Hitler’s face will one day appear on currency and will be recognized as a ‘great European leader.’

NJIT lecturer Jason Reza Jorjani also predicted both migrants and US citizens of Muslim decent will be either deported and put into ‘concentration camps.’

In an opinion piece published by The New York Times on Tuesday, Patrik Hermansson, 25, filmed Jorjani while he was undercover exploring the world of the extreme right.

During a two-hour meeting with Hermansson at a New York City pub last fall, Jorjani laid out his vision for the future.

‘We will have a Europe, in 2050, where the bank notes have Adolf Hitler, Napoleon Bonaparte, Alexander the Great,’ The New Jersey educator said.

‘And Hitler will be seen like that: like Napoleon, like Alexander, not like some weird monster who is unique in his own category — no, he is just going to be seen as a great European leader.’

Jorjani goes on to say that he envisions a new ‘parallel structure’ in the America ‘order that will revolutionize the country, eventually leading to the expulsion or detention of the ‘majority of the migrants’ in the US ‘including citizens.’

The professor adds: ‘Who are of Muslim decent, generally speaking, that’s how it’s gonna end. It’s gonna end with concentration camps and explosions and war… At the cost of a few hundred million people.’ 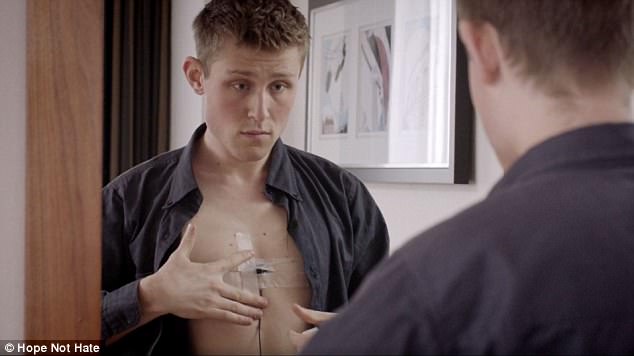 Patrik Hermansson (pictured), 25, filmed Jorjani while he was undercover exploring the world of the extreme right. 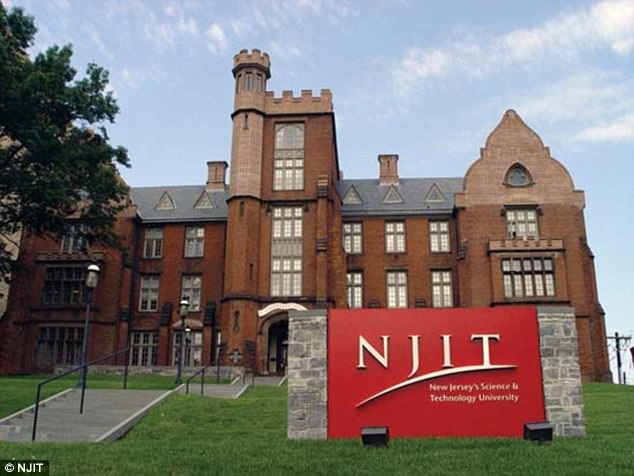 The New Jersey Institute of Technology quickly distanced itself from Jorjani after the statements were made public, saying the professor’s views do not reflect that of the university’s.

‘The statements made by Mr. Jorjani in a video recently published by ‘The New York Times’ are repugnant and antithetical to our institution’s core values.’

‘We presently are conducting a review of this matter and will provide additional information as soon as that review is complete. NJIT is a university that embraces diversity and sees it as a source of strength,’ the statement added.

Hermansson posed as a college student interested in writing a thesis on the suppression of right-wing speech on behalf of ‘Hope not Hate,’ a British anti-racist organization.

Following the publication of New York Times opinion piece, Jorjani condemned the video on his own website, claiming he was being misrepresented in the media. 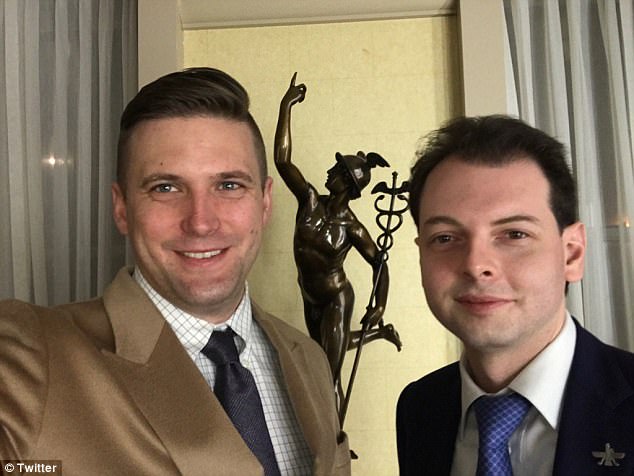 Jorjani also appears to once have a relationship with ‘alt-right’ leader Richard Spencer through an investment venture (Pictured: Spencer’s Twitter account, December 2016)

Jorjani, an Iranian American, states that the footage in the article was ‘deceptively edited to make it appear as if I am advocating genocidal extreme right-wing policies.’

‘My nightmarish prediction of a future that would follow from Western policymakers’ failure to address the Muslim migrant crisis in the present has been taken out of context and made to appear as if it is advocacy for ‘concentration camps and expulsions and war… at the cost of a few hundred million people,” he adds.

Jorjani is the founder of the AltRight Corporation, an organization that seeks to connect American and European extreme right-wing movements.

He has since left the organization, according to NJ.com.

Jorjani also appears to once have a relationship with ‘Alt-Right’ leader Richard Spencer, but it remains unclear where the present nature of their relationship stands after a recent investment venture involving the two floundered.