New Jersey is warning parents to look out for people slipping their kids marijuana-laced candy while trick-or-treating.

However, with no apparent evidence that’s ever happened, advocates for legalizing the drug say the move is nothing more than a Halloween scare tactic.

The state attorney general’s office published a document being shared by law enforcement agencies around New Jersey and beyond, including a warning about a ‘significant presence of marijuana candy and other edible forms in New Jersey and nearby states.’

‘The presence of these edible forms of marijuana poses a great risk to users, especially to children, who may accidentally receive marijuana candy during Halloween,’ the warning said.

The warning cites the case of a 10-year-old New York boy who police said became ill after eating candy infused with cannabis found in the back seat of his family’s car, but that had nothing to do with Halloween.

Advocates say marijuana candy has seemingly become the new ‘razor blades in the apples’ Halloween urban myth, with police around the country sharing the message despite the lack of any known cases.

‘Cannabis consumers are not looking to dose children with cannabis. That is not something that I’ve ever heard of anybody ever being interested in doing or wanting to do or would think is ethical,’ said Evan Nison, executive director of the New Jersey chapter of NORML, which is pushing to legalize marijuana. 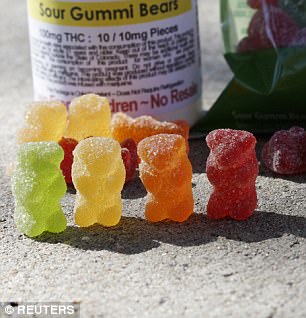 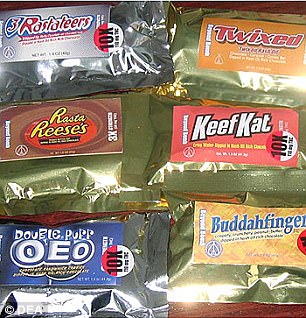 ‘This is just something that some police officers sometimes say every year, never really comes to fruition, and is just a scare tactic.’

Sharon Lauchaire, a spokeswoman for the state attorney general, said there have been ‘several instances’ in the state and elsewhere of children becoming ill after eating edible marijuana. She declined to respond to follow-up questions to cite specific cases and evidence of anyone doing this on Halloween.

‘Our job is to try to prevent accidents whenever possible, and given the striking similarities between these edible drugs and legitimate candy products, a warning was necessary and appropriate. We want our children to have a safe and happy Halloween,’ she said.

Cannabis-infused candy can take the form of gummy bears or can be made to look like fruit-flavored hard candy or chocolate bars. 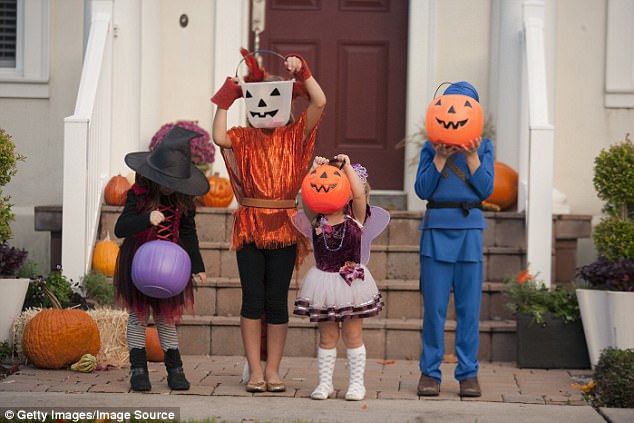 Advocates say marijuana candy has become the new ‘razor blades in the apples’ Halloween urban myth, with police sharing the message despite a lack of evidence (stock photo)

Al Della Fave, spokesman for the Ocean County prosecutor’s office, which shared the message this week, concedes that the likelihood of someone giving a trick-or-treater marijuana candy is ‘very slim.’

‘But you never know,’ he said. ‘All we’re saying is check your kids’ candy. If something’s not in a manufacturer’s wrapper … throw it out. We’re not trying to scare people.’

Nison said the idea of police being concerned about cannabis candy being wrapped to look like regular candy is another good reason to legalize and regulate it. Colorado, for instance, prohibits the packaging of edibles from having the word ‘candy’ on it, and it bars edibles from taking the shape of humans, animals or cartoons.