New ‘largest ever’ tremor rocks Britain’s only active fracking site at 2.1 on the Richter scale

A tremor measuring 2.1 on the Richter scale was recorded at the UK’s only fracking site last night – the largest ever at the facility.

Cuadrilla, the energy firm behind fracking at the Blackpool site, detected the ‘micro seismic event’ at 11.01pm yesterday.

It came just days after the previous record was set at the Preston New Road facility on Wednesday, when a 1.55-magnitude tremor was recorded.

The latest tremor was just 0.2M weaker than the 2.3M shift felt at fracking site Cuadrilla’s Preese Hall in 2011, when fracking in the UK had to be suspended for seven years.

Saturday’s tremor lasted for one second and occurred when there was no hydraulic fracking taking place.

And while some people nearby might have felt movement, the tremor was not strong enough to cause damage to houses, the firm said.

‘We can confirm that a micro seismic event measuring 2.1ML (local magnitude) on the Richter scale occurred at Preston New Road,’ a spokeswoman said.

‘This lasted for around one second and resulted in ground motion less than 1.5 mm/s. Hydraulic fracturing was not taking place at the time.’

According to the British Geological Survey, the tremor had a depth of 1.2 miles and was felt by residents in areas including Great Plumpton, Blackpool and Lytham St Annes – which is up to four miles away.

Regulators were informed and the ‘integrity’ of the well has been confirmed, Cuadrilla said. 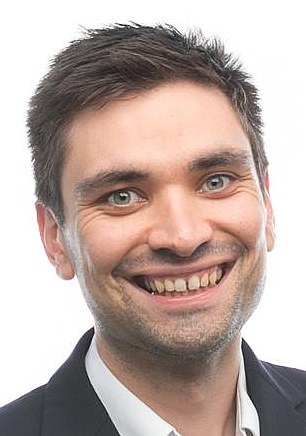 Stephen Hicks, seismologist at Imperial College London, said the movement was almost as strong as a 2.3-magnitude tremor at Cuadrilla’s Preese Hall site in 2011, which led to the suspension of fracking in the UK for seven years

Stephen Hicks, seismologist at Imperial College London, said the movement was almost as strong as a 2.3-magnitude tremor at Cuadrilla’s Preese Hall site in 2011, which led to the suspension of fracking in the UK for seven years.

He tweeted: ‘M2.1 is the largest induced event so far during the 2018-2019 hydraulic fracture operations at the Preston New Road site.

‘It is close in size to the M2.3 earthquake in 2011 at the Preese Hall site which resulted in the suspension of fracking in the UK for 7 years.’

Fracking was temporarily stopped at Preston New Road after Wednesday’s tremor, which Cuadrilla said would have felt similar to someone dropping a large bag of shopping on the floor.

Those who felt ground movement last Wednesday blasted Cuadrilla for ‘playing down’ the extent of the tremors with their comparison to dropped shopping.

Cat Smith, Labour MP for Lancaster and Fleetwood, tweeted: ‘We’ve woken up to the news there’s been an earth tremor – again. And again we have the usual spin from Cuadrilla.

‘Our council turned it down but it was forced on us by Government. We don’t want your dirty fossil fuels in our beautiful country. Pack up Cuadrilla! Lancs said no!’

Corolyn Hutchin added: ‘Yet Cuadrilla claim that 1.6 is no more than the equivalent of dropping a heavy bag of shopping! I’d love to see what kind of shopping they do!’

Cuadrilla responded to the criticism by tweeting: ‘We’re not playing it down but we are reassuring people about the level and impact of these movements. BGS Seismology can’t normally detect anything below a 2.0ML it is so small.

‘We are sharing scientific information to put it in to context.’

Pausing work for 18 hours is the routine response for any tremor over 0.5.

Labour’s shadow business secretary Rebecca Long Bailey has called for fracking to be banned, saying it causes air and water pollution and contributes to climate change. 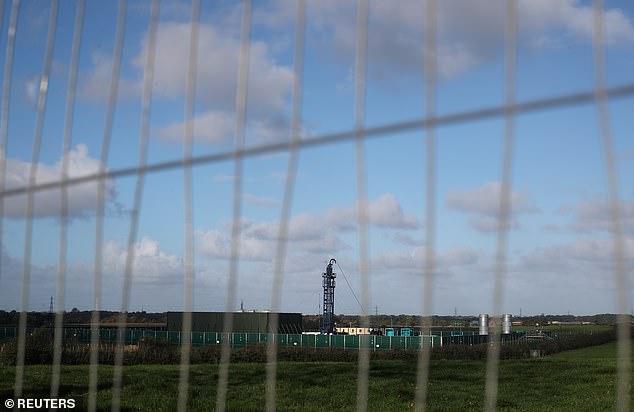 Fracking was temporarily stopped at Preston New Road after Wednesday’s tremor, which Cuadrilla said would have felt similar to someone dropping a large bag of shopping on the floor

Environmental campaign group Friends of the Earth said in 60 days of fracking last year there were 57 tremors in Lancashire and that it cannot be carried out without triggering earthquakes.

‘Even small vibrations at ground level can be the sign of far more damaging impacts deep underground,’ said Jamie Peters, a campaigner for the organisation.

The Government has said the extraction of shale gas through fracking could support the UK’s transition to net zero greenhouse gas emissions.