The great leasehold divide: Buyers of new homes are protected by new legislation but existing leases are left out in the cold


A two-tier property market is emerging among leasehold properties, experts have warned.

They claim the divide is a result of new legislation that restricts ground rents to effectively zero – but only on new leasehold properties.

While the legislation has been widely welcomed, it doesn’t cover ground rents on existing leasehold homes.

It leaves those who already own leasehold homes unprotected and subject to potentially sharp increases in ground rents in the future.

These existing leasehold properties will be overlooked by buyers in favour of new homes protected by the legislation, according to experts.

Ground rents have proved problematic in recent years, as lenders increasingly refuse to lend on them if they are too high – or could be in the future.

This includes ground rents that double every 10 years or where the increases are even uncapped.

The new legislation restricts ground rents on new leaseholders to a peppercorn amount, reducing the financial value of the rent to virtually zero.

It paves the way for lenders to lend without fearing that the ground rents could become unmanageable financially in the future for its borrowers.

David Reed, of Richmond estate agents Antony Roberts, said: ‘Given the lack of retrospective scope of the proposed legislation, a two-tiering of the property market is inevitable in the short term and wholly unsustainable going forward.

‘This is a hot topic for buyers and lenders and will only be exacerbated by the further squeeze ahead on disposal incomes.’

He said there was already evidence of the leasehold property market being divided.

‘We are already seeing blighted developments where owners are simply unable to secure buyers at hitherto expected levels to allow a sale to proceed and forward purchase plans to be made’ he explained.

‘These owners, with existing mortgages, are already hamstrung and are faced with having to stay put or, if wishing to move, being forced to do so at a discounted level where the full future exposure of ratcheting ground rents is factored in by the buyer.

‘Even if a reduced sale figure is ultimately agreed, the purchaser may indeed struggle to secure mortgage finance at a competitive rate.’

He added: ‘An alternative answer may be to let the property, but this will not be viable for many owners. Given ground rents remain a landlord’s obligation, any escalation of incurred costs will affect the feasibility of the letting option.

‘Looking ahead, the plight of existing long leaseholders saddled with such ground rent provisions needs effective and swift redress to ensure an accepted common approach and understanding. This will directly help owners and prospective buyers.’ 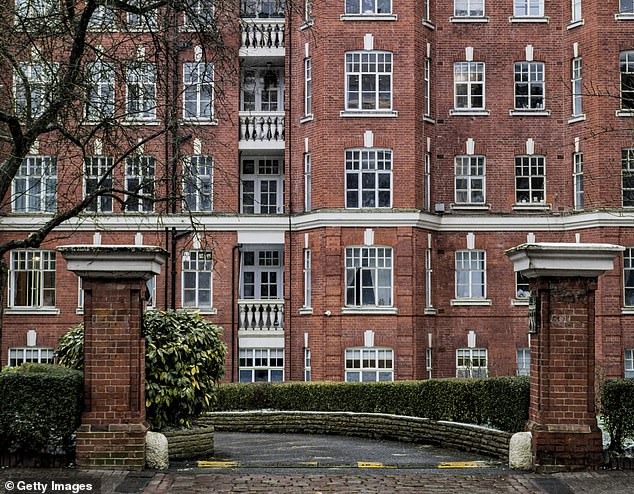 Timothy Douglas, of the estate agents body Propertymark, said: ‘Propertymark has campaigned for a number of years for changes to the current leasehold system to resolve the issue of escalating ground rents.

‘This legislation is progress and while the unsuccessful amendment to remove ground rents from all existing leasehold properties would have strengthened the legislation, it is positive that ground rent charges will now be restricted on newly created long leases of houses and flats to an annual rent of one peppercorn, a token of no financial value.

‘Agents need to be aware of the new rules and the Minister has provided a commitment that they will commence within six months of Royal Assent.’

Mr Douglas added: ‘We know from our research that many existing leaseholders wouldn’t purchase another leasehold property and those who are trying to sell are facing difficulties as a result of not owning the freehold.

‘There are however provisions in this Bill for ground rents on existing leases to also be reduced to a peppercorn when they come up for renewal, which goes some way to creating a level playing field that we set out to achieve by highlight the scale of this issue in our research.

‘It is by no means a solution but it does demonstrate an appetite from the Government for the wider programme of reform that they have previously committed to.’