Britain’s dementia ‘hotspots’ have been revealed as seaside resorts and a national park in a fascinating map of the country.

It shows the regions most affected by dementia, with coastal towns and areas popular with retired people featuring heavily in the list.

Christchurch has the highest prevalence of dementia per head of population at 28 cases per 1,000 people, according to the map compiled by Alzheimer’s Research UK.

This map of Britain shows the regions of the country most affected by dementia, with coastal towns and areas popular with retired people featuring heavily in the list 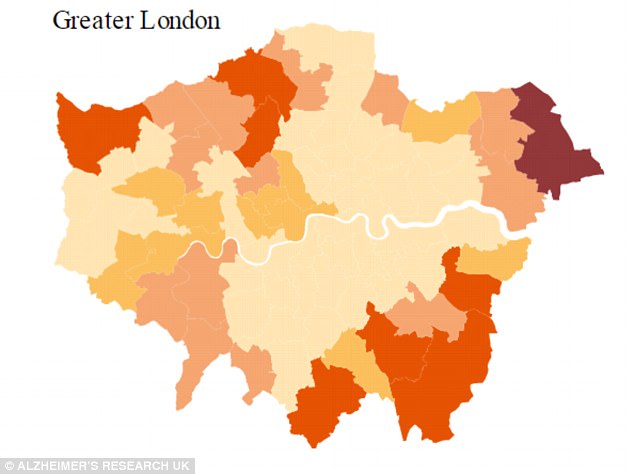 The map of London shows the area with the highest proportion of people with dementia in the capital is Hornchurch and Upminster (top right, in purple) 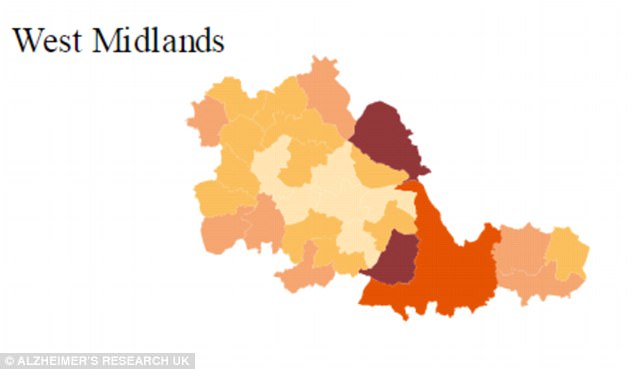 There are 2,400 people in the constituency with dementia. After Christchurch comes New Forest West, with 27 cases per 1,000 people.

This is followed jointly by North Norfolk, Clacton and Worthing West, each with 24 cases per 1,000 people.

The areas with the highest prevalence typically have between 1,500 and 2,700 people suffering dementia.

The five constituencies with the lowest levels of dementia are mostly in London.

There are currently 850,000 people living with the dementia in the UK but this is expected to rise to one million by 2025 as people live longer. 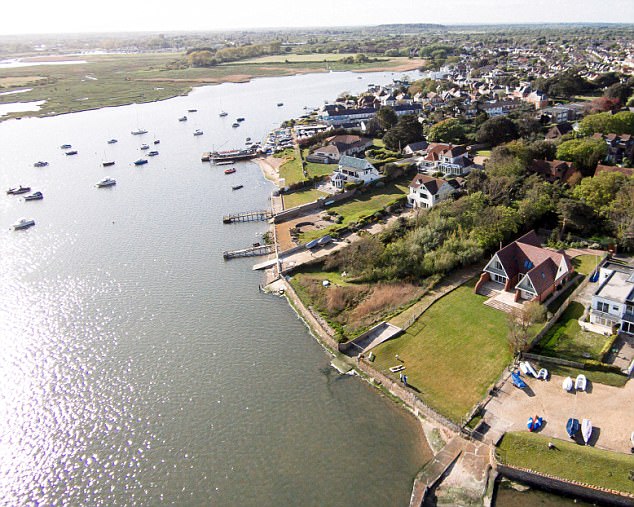 Christchurch in Dorset has the highest prevalence of dementia per head of population at 28 cases per 1,000 people 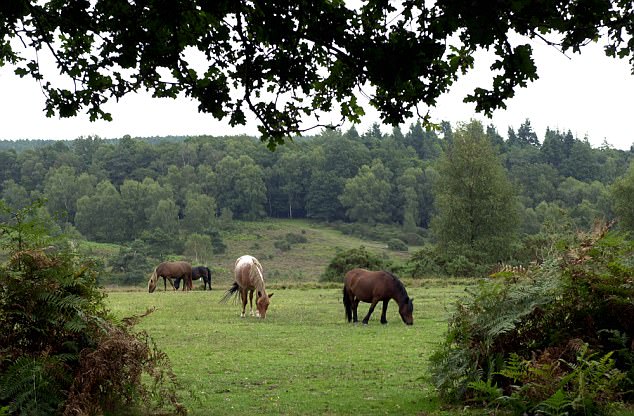 The constituency of New Forest West (pictured) has 27 cases of dementia per 1,000 people

Dr Matthew Norton, director of policy at Alzheimer’s Research UK, said: ‘Dementia is our greatest medical challenge and with our ageing population, the number of people affected by this devastating condition is only going to rise.

‘Today, one in three people have a family member or close friend with dementia.

‘Despite this, there is still a worrying lack of public understanding about the condition, which is why we have developed the dementia hotspots maps.

‘As the UK’s leading dementia research charity, one of our biggest challenges is to empower people with the knowledge that this cruel and unforgiving condition can be defeated.

‘Dementia is not an inevitable part of ageing, it is caused by diseases.’

The maps are broken down by constituency or clinical commissioning group areas.