A new mother claims she was forced to ‘catch’ her own intestines – after her surgical scar reopened following a Caesarean.

Mel Bremner, from Aberdeenshire, bent down to pick up the shampoo in the shower when she saw her organs spill out, five days after giving birth.

The 38-year-old hobbled to the sofa with the help of partner Aidan Johnson, 40, who covered her with a towel while they waited for paramedics.

The hotel waitress posed for an extraordinary photo while they waited, before she was airlifted to hospital for emergency treatment.

Mel Bremner, from Aberdeenshire, bent down to pick up the shampoo in the shower when she saw her organs spill out, five days after giving birth 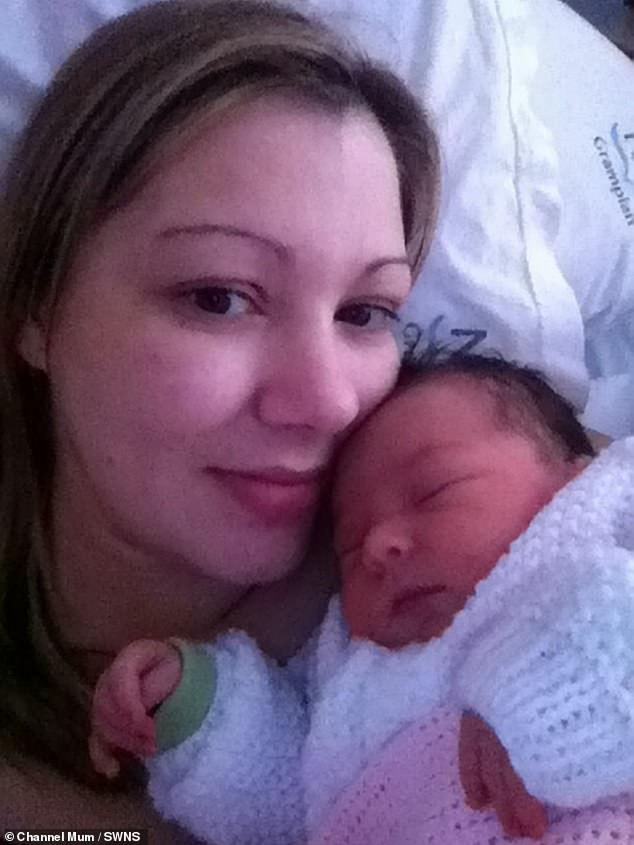 The 38-year-old hobbled to the sofa with the help of partner Aidan Johnson, 40, who covered her with a towel while they waited for paramedics (pictured with daughter Nadie in 2011)

Ms Bremner underwent an emergency C-section on December 9, 2011, after she was overdue, and she wasn’t dilating despite medical intervention.

The procedure at Dr Gray’s Hospital in Elgin seemed to go smoothly, and she was soon home with daughter Nadie and partner Aidan.

She said her surgery wound dressing was inspected before she left hospital, and she was deemed well enough to leave.

Her partner noticed two ‘white blobs’ in the middle of the wound four days after the birth – now thought to be fat – but they didn’t suspect anything was wrong.

The horrifying incident occurred the next day in the shower. She said: ‘I had only been in for a couple of minutes and I bent down to get the shampoo.

‘I don’t remember if I felt it happen or saw it happen first, but my intestines were slipping out of my stomach. I put my hands underneath to catch it. 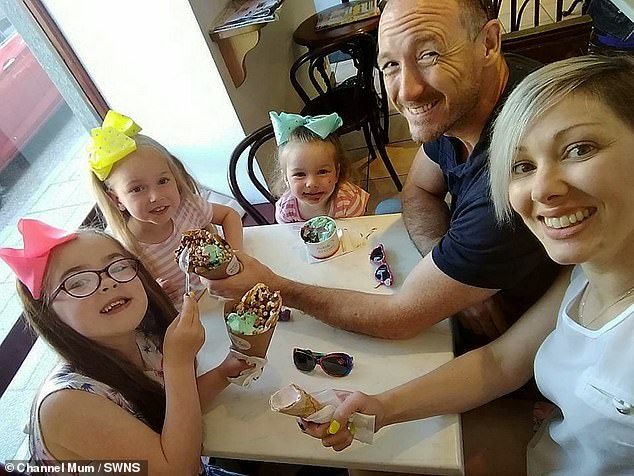 ‘I realised if I shouted out it would put pressure on my stomach, and that if I shout it will all fall out, so I was just trying to call out calmly to Aidan.’

He calmly led her from the shower to the sofa in the living room, propped up her feet and fetched a towel to cover her while calling for an ambulance.

The pair contemplated covering her with cling film, but waited for paramedics who then called the air ambulance to take her to Aberdeen Royal Infirmary.

Ms Bremner added: ‘I don’t think the woman on the end of the phone believed him really. I was sat there holding my insides the whole time. I daren’t move my hands.’

CAN INTERNAL ORGANS POP OUT OF A C-SECTION SCAR?

Mike Savvas, consultant gynaecologist at King Edward VII’s Hospital and King’s College Hospital, London, said that while such incidents are rare, ‘they can happen’.

He told MailOnline in 2015: ‘With any time of abdominal incision, this can happen – it’s not unheard of.

‘However it’s particularly rare with horizontal incisions, as made during C-sections.’

He added that the dramatic sequence of events that Ms Bell had described were also ‘very rare’.

‘If there is a bit of a gape (of the wound) then a bit of the bowel bulges out.

‘It’s not just a case of the wound popping open and everything spilling out.’

Another issue is that while new mothers have traditionally been in hospital for five days, shorter hospital stays mean women are increasingly discharged sooner, as Ms Bell was.

‘If such an incident happens while a woman is on the ward, it is a lot quicker and easier – and less alarming – to deal with than at home,’ he explained.

She had surgery and after a couple of days in hospital was home again.

The couple claim the c-section consultant later speculated he had cut the end of the thread too short while stitching her up, or not tied the knot tight enough.

She added: ‘If Aidan had panicked I think I would have too, but he was brilliant and calm.’

Ms Bremner has shared the photo with parenting site ChannelMum.com in a bid to dispel the myth that C-sections are ‘easy’.

She said: ‘When I look at that photo I remember sitting there and my stomach and insides were literally in my hands.

‘It was all gurgling around and moving. It was awful. I was sitting there thinking “oh my god I’m holding my intestines”. It was quite creepy.

‘Everyone was asking me “what have you been doing?” but I wasn’t doing anything I shouldn’t have – I was just having a shower.’

Ms Bremner, from Madcuff, added that people think a C-section is ‘the easy way out’ but said that is merely a myth.

She added: ‘It’s major surgery, but they don’t tell you that at the time. They just tell you ‘take it easy’ and away you go home.

‘I think after giving birth you are sort of expected to get up and get on with it. People are always telling you to take it easy but you just say “I’m fine”.’

A spokesperson for Dr Gray’s Hospital declined to comment. 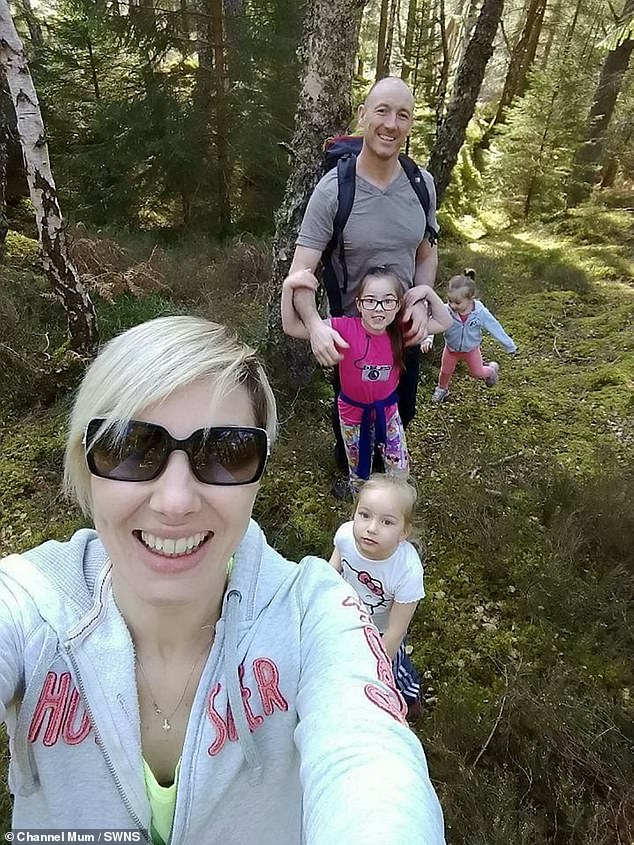 Ms Bremner has shared the photo with parenting site ChannelMum.com in a bid to dispel the myth that C-sections are ‘easy’ (pictured with her family)