A tragic Austrian royal will be getting The Crown treatment in an upcoming Netflix six-part series.

The Empress, which is being launched by the streaming service in the UK on September 29, will chart the remarkable life of the Duchess Elisabeth of Bavaria, who lost her first child in infancy, her second in a murder-suicide and her sister to an accidental fire before being assassinated by an Italian anarchist.

Also known as Sissi, she was the Empress of Austria for the latter half of the 19th century after marrying Emperor Franz Joseph of Austria-Hungary (who will be played by Philip Froissant in the series) when she was just 16.

She will be played by German actress Devrim Lingnau in the Netflix drama, which will chart her devastating life, from her controlling mother-in-law, and the tragic deaths of her loved ones, to her murder in 1898, with an anarchist stabbing her in her heart.

German actress Devrim Lingnau (pictured) plays the tragic Sissi in Netflix’s upcoming six-part series The Empress, which will document the life of the Duchess Elisabeth of Bavaria, who was the Empress of Austria for the latter half of the 19th century 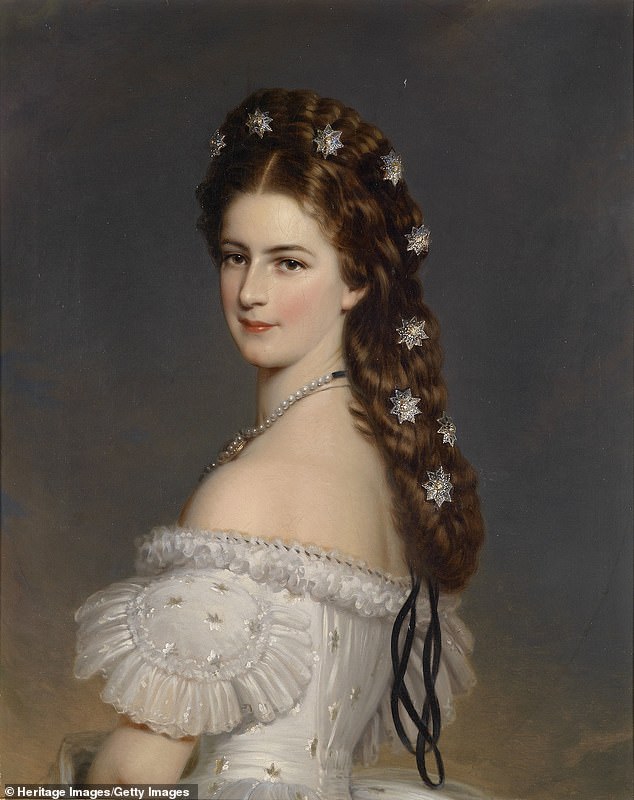 Tragic: the real-life Sissi, who was born Duchess Elisabeth of Bavaria, suffered a number of tragedies in her life, including the loss of two children before she was murdered 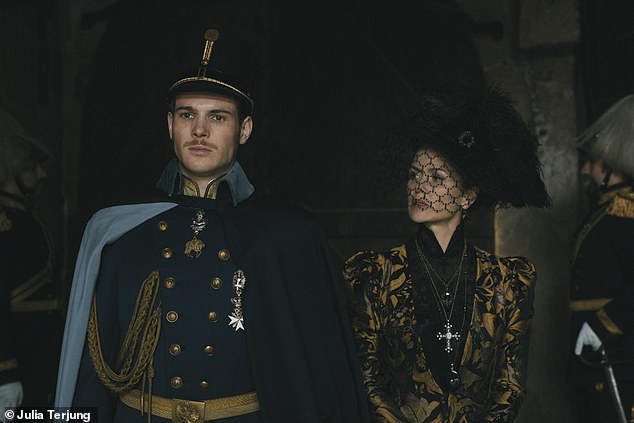 Philip Froissant as Franz (left) and Devrim Lingnau as Elisabeth (right) in the drama, which tells the tragic story of Sissi’s life

The Empress is also expected to delve into the tragic royal’s obsession with her appearance, and the lengths she went to in order to maintain her looks, having been dubbed the ‘loveliest woman in Europe’ at the age of 38.

The fitness fanatic performed 20 pull-ups every morning, before being laced into corsets to achieve a 19-inch waist and spent her days horse riding or hiking.

She also indulged in some less than conventional beauty treatments, including using veal face-masks, bathing in goats’ milk, drinking five salted egg whites (which she thought reduced stomach bloating) and washing her tresses in eggs and cognac.

However, her larger-than-life approach to her looks are just one part of the royal’s remarkable character and story.

Empress Elisabeth of Austria, Queen of Hungary by marriage to Emperor Franz Joseph I, was born into the royal Bavarian House of Wittelsbach.

Nicknamed Sisi (also Sissi), she enjoyed an informal upbringing before marrying Emperor Franz Joseph I at the age of 16. 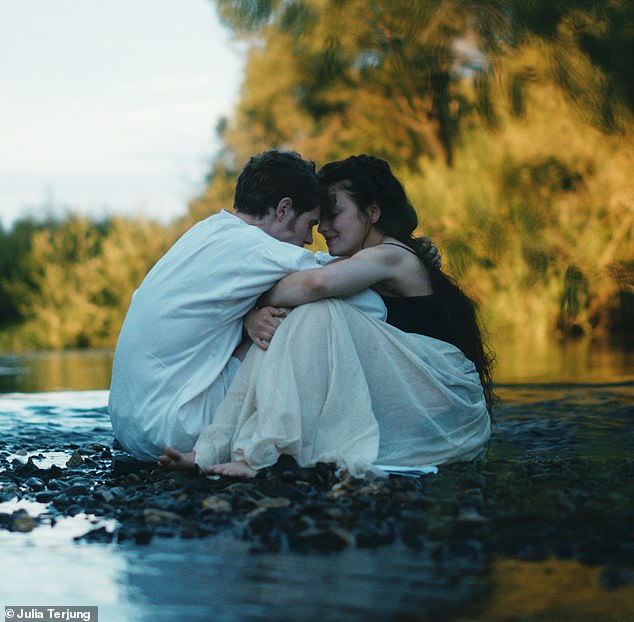 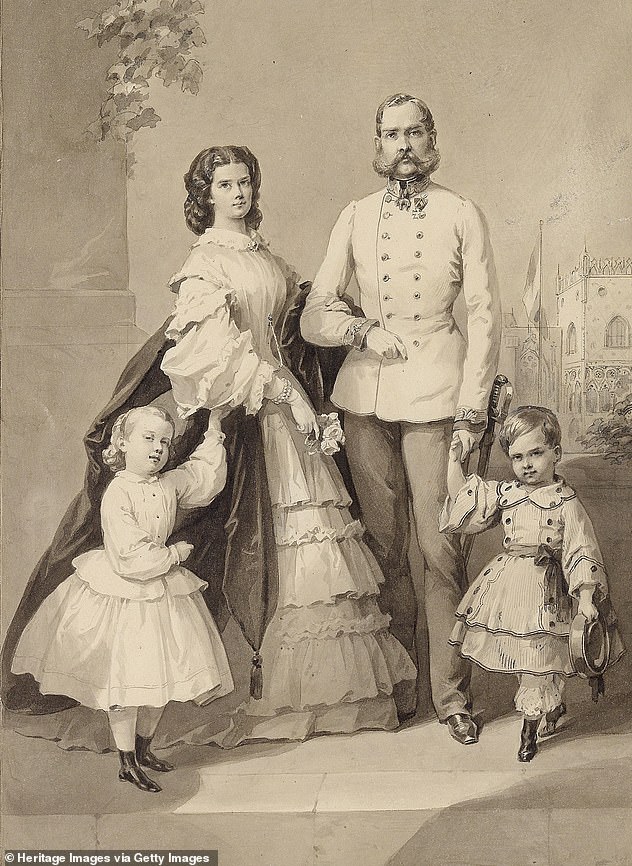 Sissi was made the Empress of Austria for the latter half of the 19th century after marrying Emperor Franz Joseph of Austria-Hungary as a teenager (pictured, with Franz Joseph)

The marriage thrust her into the much more formal Habsburg court life, for which she was unprepared and which she found uncongenial.

Early in the marriage she was at odds with her mother-in-law, Archduchess Sophie, who took over the rearing of Elisabeth’s daughters, one of whom, Sophie, died in infancy.

Sophie had intended Franz to marry Sissi’s elder sister Helene. However, he fell in love with Sissi at first sight after spending time with both the girls.

The birth of the heir apparent, Crown Prince Rudolf, improved the Empress’ standing at court, but her health suffered under the strain, and she would often visit Hungary for its more relaxed environment.

She came to develop a deep kinship with Hungary, and helped to bring about the dual monarchy of Austria-Hungary in 1867.

The death of her only son and his mistress Mary Vetsera in a murder–suicide at his hunting lodge at Mayerling in 1889 was a blow from which Elisabeth never recovered. 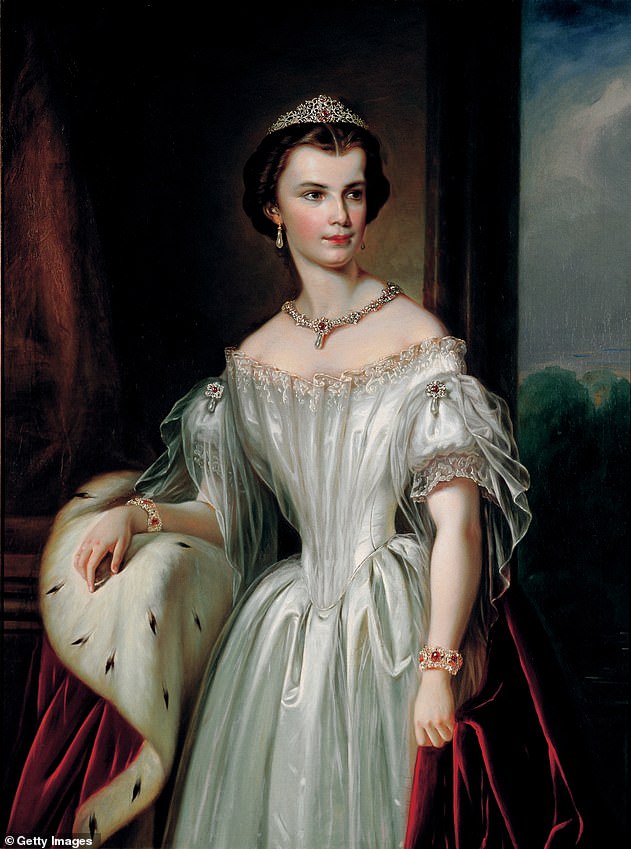 The programme is also likely to document her obsessive beauty routine, which became legendary during her lifetime

She withdrew from court duties and travelled widely, unaccompanied by her family.

In 1890, she had a palace built on the Greek Island of Corfu that she visited often.

The palace, Achilleion, featuring an elaborate mythological motif, served as a refuge.

Netflix’s The Empress: the story of ‘a young woman ahead of her time’

According to Netflix: ‘Elisabeth is told as a young woman ahead of her time, rebelling against the rigid rules of the 19th century and the court.

‘She meets Franz, a multi-layered ruler with fractures who played a major role in shaping modern European history.

‘Against the backdrop of jealousy, intrigue and power struggles behind the scenes of the Habsburg court – and the emerging question of freedom of the people – the audience is taken into a glittering illusory world, in which a young Sissi must fight for her place at court, as well as the right to be the figurehead of an ailing empire’

Photographs of her in her 40s and 50s show she was still astonishingly beautiful, with enviable flowing locks.

In 1897, her sister, Duchess Sophie in Bavaria, died in an accidental fire at the ‘Bazar de la Charité’ in Paris.

Meanwhile, while travelling in Geneva in 1898, she was mortally wounded by an Italian anarchist named Luigi Lucheni, who stabbed her in the heart.

Lucheni originally planned to kill the Duke of Orléans; but the Pretender to France’s throne had left Geneva earlier for the Valais.

Failing to find him, the assassin selected Elisabeth when a Geneva newspaper revealed that the elegant woman travelling under the pseudonym of ‘Countess of Hohenems’ was the Empress Elisabeth of Austria.

When Franz Joseph received the telegram informing him of Elisabeth’s death, his first fear was that she had committed suicide. It was only when a later message arrived, detailing the assassination, that he was relieved of that notion.

Against this backdrop of jealousy, intrigue and power struggles behind the scenes of the Habsburg court, the makers of the historical drama, which will air in September no doubt hope the series will be as successful as The Crown.

Eva van Leeuwen, Manager Local Originals for Netflix, said: ‘We are immensely pleased to be able to retell the story of this dazzling and much-loved figure – with all the complexity that made up the empress – and thus to delight both an audience that will rediscover Sissi as well as the fans of the cult films from the 1950s.

‘Hardly any other historical figure possesses so much fascination and charisma – even beyond the borders of Austria and Germany. 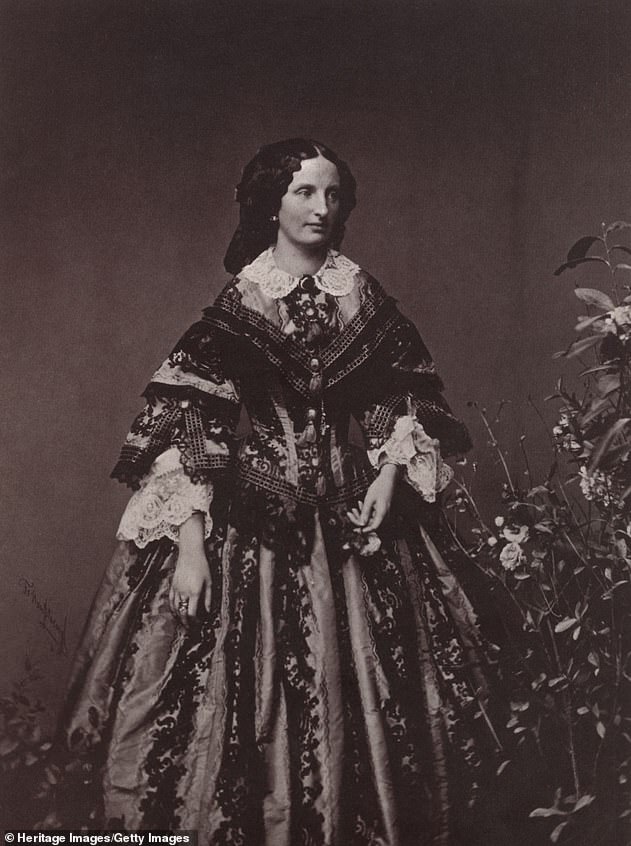 ‘We can’t imagine a better team in front of and behind the camera to tell the story of Sisi and Franz and the Habsburg court for Netflix.’

Showrunner Katharina Eyssen said she and her co-writers Bernd Lange and Jana Nandzik are thrilled about the production, saying: ‘The Empress offers us the chance to tell the moving story of Empress Elisabeth for a contemporary audience.

‘According to a modern image of women. Devrim is not only a highly talented, multi-faceted actress, but for me embodies this very woman: intelligent, passionate, rebellious.

‘Philip Froissant, for his part, will make of the role of Franz Joseph something we have not seen before: An ambivalent and fascinating ruler whose conflicts are more topical than ever.’