British doctors are pioneering a ground-breaking treatment that uses patients’ own blood to reduce the risk of organ transplants failing.

The cutting-edge technique results in transplant failure rates being slashed, and also reduces the number of anti-rejection drugs patients need to stop the immune system destroying the new organ. Taken daily, these medicines significantly increase the risk of cancer, heart disease and diabetes.

But the new treatment, being offered to kidney transplant patients at Oxford University Hospitals NHS Foundation Trust, could potentially safeguard donor organs with a much lower dose of the toxic pills – or even none at all.

Some 3,000 people a year in the UK undergo a lifesaving kidney transplant and then need powerful immune-system dampening tablets for the rest of their lives.

Chris Holmes , a former Army paramedic who served in Afghanistan, is one of more than 150 patients worldwide taking part in the trial 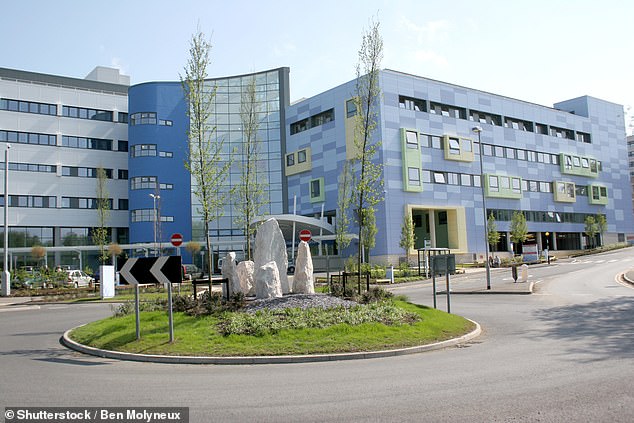 The new treatment is being offered to kidney transplant patients at Oxford University Hospitals NHS Foundation Trust. Pictured: The West Wing at The John Radcliffe Hospital in Oxford

The downside is a three-fold increase in the risk of some cancers – such as lymphoma, which affects the lymph glands – as well as increased risk of heart disease. In some cases, the drugs even end up damaging the very organ they are supposed to be protecting.

The new approach instead harnesses the power of the immune system itself.

Six weeks before transplant surgery, doctors take a blood sample from the patient and extract immune-system cells called regulatory T-cells. These cells have the job of reining in the immune system’s response to attack, so that it doesn’t end up harming healthy cells. The trouble is, regulatory T-cells naturally occur in very low numbers in the blood. So doctors extract what they can and then, in the laboratory, grow up to ten times as many of these cells before freezing them.

Four days after the transplant, they defrost the sample and slowly inject it back into the bloodstream.

The cells are attracted to the new kidney by the inflammation resulting from the surgery. Once there, they dampen the response by other immune system cells that are trying to attack it.

Dr Paul Harden, a kidney specialist involved in the trial, says: ‘It’s not just about the number of cells. Research shows that regulatory T-cells, once in the bloodstream, also “recruit” other immune system cells to behave like they do. Currently, the treatment involves just a single infusion.’

The success of the trial depends on the extent to which organ rejection rates are reduced. About one in ten currently fails, usually within the first four to five weeks. 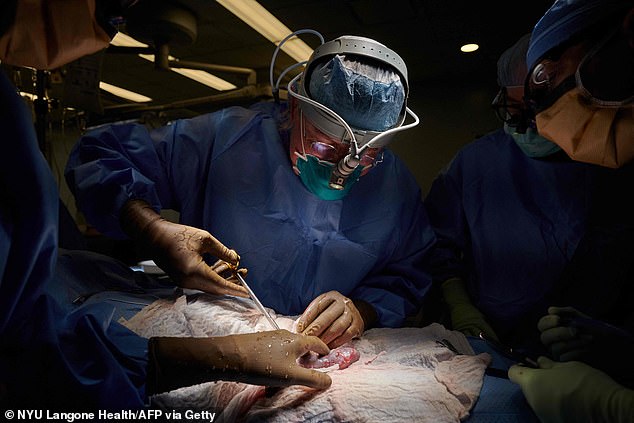 Last October, Chris’ father David, 56, also a former Serviceman, was found to be a match. File photo of a doctor performing a kidney transplant

Regulatory T-cells have been generating considerable excitement in transplant medicine in recent years. A group of European doctors who recently trialled them on liver transplant patients found some were able to stop taking anti-rejection medication completely.

Chris Holmes, a former Army paramedic who served in Afghanistan, is one of more than 150 patients worldwide taking part in the trial. While in the Army, Chris, 31, fell ill with a condition called Henoch-Schonlein Purpura, which affects the skin and causes a spotty rash – and can damage the kidneys. Initially, he took medication that controlled the problem and carried on with his military career, leaving in 2020 to become a fitness trainer.

‘One day last year I looked in the mirror and noticed I was fairly bloated, whereas I’m normally pretty lean,’ says Chris. ‘Doctors dropped a bombshell – they told me my kidneys were failing and I needed a transplant.’

Chris faced a gruelling schedule of dialysis three times a week – a treatment that takes over the function of the kidneys, filtering waste from the blood. His transplant hopes were dashed when his brother turned out not to be a good donor match. But last October, there was breakthrough – his father David, 56, also a former Serviceman, was found to be a match.

In December, the transplant went ahead and just days later Chris received a 30-minute infusion of his own regulatory T-cells, which had been extracted several weeks earlier and grown in the lab.

As a result, he has been able to drop to one anti-rejection pill a day instead of three and has returned to work. In August, he was even well enough to take part in the European Transplant Games in Oxford.

‘I couldn’t bear the thought of losing the kidney Dad gave me – touch wood it will last for many years,’ says Chris.

‘There’s a special bond we have now that is almost greater than the normal father-son relationship.’