The Saints may finally be able to get some reps in with their starting quarterback before the start of the regular season.

Jameis Winston returned to practice this week while recovering from a right foot sprain that kept him absent from the first two games of the preseason.

Winston – who has been recovering from a left ACL tear last October – has been trying to take it easy in the run-up to the regular season.

After practice, Winston said his recovery was going well and hoped to get back to full playing readiness soon.

Due to the foot injury occurring on the opposite side from his still-recuperating knee, the Saints are trying to balance out Winston’s work load. 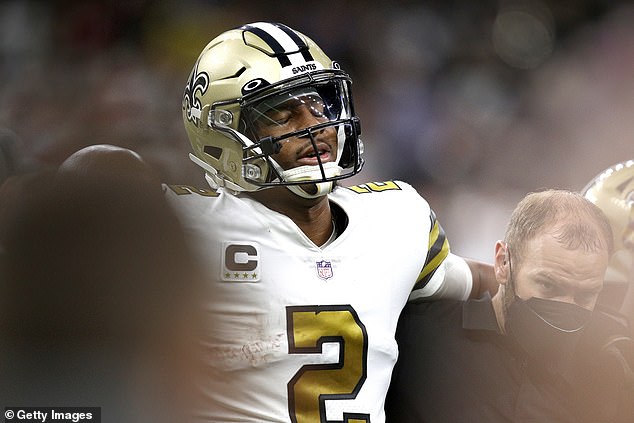 ‘We don’t want anything else to spring up just from me using one side more,’ he said, adding that ‘rest is a big part of recovery and healing, so I can be fully ready.’

The Saints play their preseason finale against the Chargers on Friday night, with new head coach Dennis Allen not revealing who will start and who will sit.

The first game of the preseason against the Texans saw snaps split between Andy Dalton and rookie Ian Book. 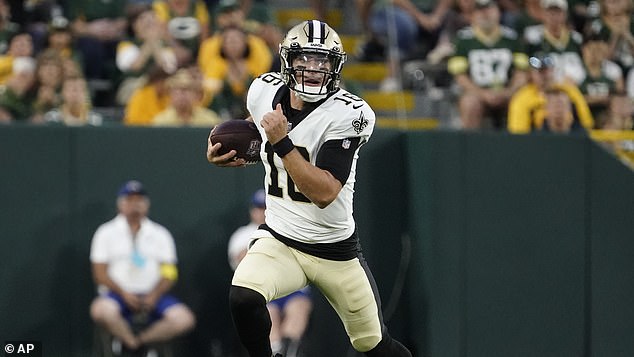 Book played the entirety of the second game of the preseason against the Packers.

‘I would love to play,’ Winston told reporters. ‘Just in terms of, if I can get out there where the bullets are really flying, get out there and compete with the guys.

‘I love the preseason experience, just to get a chance to look in everybody’s eyes, dap everybody up and really get that whole holistic team-bonding part in the beginning of the game. That’s one of my favorite parts of football, just that pre-battle moment.’