A new type of pacemaker treatment could help thousands of patients with heart failure.

This is when the heart cannot pump sufficient blood around the body, causing extreme fatigue and breathlessness.

In around a fifth of cases, patients have an abnormally long delay in the time it takes for natural electrical signals that tell the heart to contract to travel from the top to the bottom of the heart. This is known as PR prolongation.

Until now doctors have been unable to correct this problem. However, in a new trial, funded by the British Heart Foundation and led by Imperial College London, doctors are investigating whether inserting a pacemaker lead into the middle of the heart to target an area of cells there could help.

A new type of pacemaker treatment could help thousands of patients with heart failure, it helps when the heart cannot pump sufficient blood around the body, causing extreme fatigue

Known as the His-bundle, this small track of muscle fibres plays a key role in keeping the different parts of the heart beating in sync — but has never been targeted with a pacemaker before.

Around 900,000 people in the UK have heart failure. It can follow a heart attack that can starve the muscle of oxygen, making it weak or stiff, or it can become stretched and overworked coping with high blood pressure.

In normal hearts, a tiny area of tissue or cells, known as the sinus node, in the right upper chamber (atrium) generates electrical impulses that keep the heart rate regular by stimulating all four of the heart chambers.

The impulses start in the right atrium and make the left atrium contract at the same time, then travel along special pathways and down a tiny track — the His-bundle — in the centre of the heart which branches into the left and right bottom chambers (ventricles). These contract a fraction of a second after the top chambers.

However, these aren’t always effective for people with severe heart failure, partly because they do not improve the pumping function of the heart, but also because they can’t help if the heart is not relaying electrical signals from the right to the left side, or from top to bottom, efficiently.

A relatively new development is cardiac resynchronisation therapy (CRT), a pacemaker with a third lead placed in the left ventricle, helping it to pump more efficiently as signals are sent to both the right and left sides of the heart. 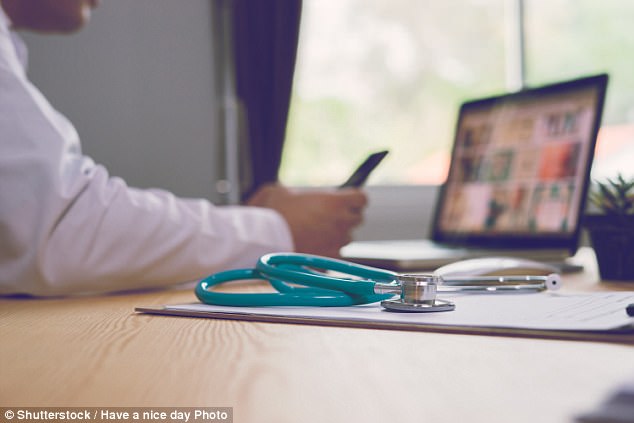 Pacemakers aren’t always effective for people with severe heart failure, because they do not improve the pumping function of the heart, and they can’t help relaying electrical signals

But this doesn’t help the estimated 180,000 heart failure patients who have a significant time delay between top and bottom heart chambers contracting.

It can make the pumping action of the heart even more inefficient and increases the severity of symptoms. Some patients develop PR prolongation naturally as their heart failure worsens; drugs used to treat heart failure such as beta blockers can also trigger it.

The new approach on trial involves a standard CRT-type device, but the third lead is put directly on the His-bundle instead of the left ventricle.

The theory is that stimulating the heart this way will tackle the delay between top and bottom chambers and improve the heart’s pumping action.

Fifteen hospitals across the UK and 160 patients are involved in the HOPE-HF trial, with results expected in October 2019.

Brian Hope, 76, is among those taking part at Glenfield Hospital, in Leicester. The former factory worker and grandfather of three, from nearby Birstall, was diagnosed with heart failure last year after a heart attack more than 20 years ago.

He was referred to Professor Andre Ng, a consultant cardiologist at the University of Leicester and was fitted with the three-lead CRT device last November. 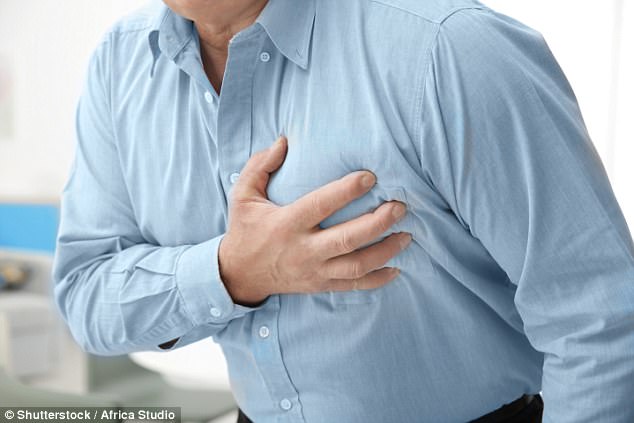 Fifteen hospitals across the UK and 160 patients are involved in the HOPE-HF trial, with results expected in October 2019

For the trial, doctors will switch on the leads in only half the patients at first. After six months, the groups are swapped. Like all the patients, Brian doesn’t yet know if his device has been activated.

‘But three months on, my wife Jean says I look healthier and I’ve got more colour although I’m still breathless and not very mobile,’ says Brian.

Professor Ng explains: ‘These are patients who, despite the maximum amount of medication available for them, are forced to lead very limited lives. If the results from the trial are positive, then I’d hope there would be improvements within a few months.’

Commenting on the research, Dr Jerome Ment, a consultant cardiologist at Spire Parkway Hospital in Solihull, said the new approach could extend the benefits of pacemakers to a ‘much larger population’.

He added: ‘The prognosis for heart failure is worse than most cancers, apart from lung and pancreatic. CRT offers a significant advance but unfortunately only a minority of patients are eligible for current treatments and only about 30 per cent respond.’