He is the donkey-loving, piano-playing 21-year-old from the ancient border town of Aachen in Germany, where he is hailed as the best creative player in a generation, a Mesut Ozil in the making.

He made his Bundesliga debut at 17 while he was still studying at school, meaning his mum, Anne, a lawyer and his dad, Ralf, a police inspector, fretted that the workload of competing in the Champions League and staying in education would prove too much.

In the end, it was Roger Schmidt, then Bayer Leverkusen coach, who prevailed on him to continue. And it was the club’s school liaison assistant who pointed out to Kai Havertz that if he gave up now he would lay down a marker for the rest of his life: when things got tough, it would be easier to give up. 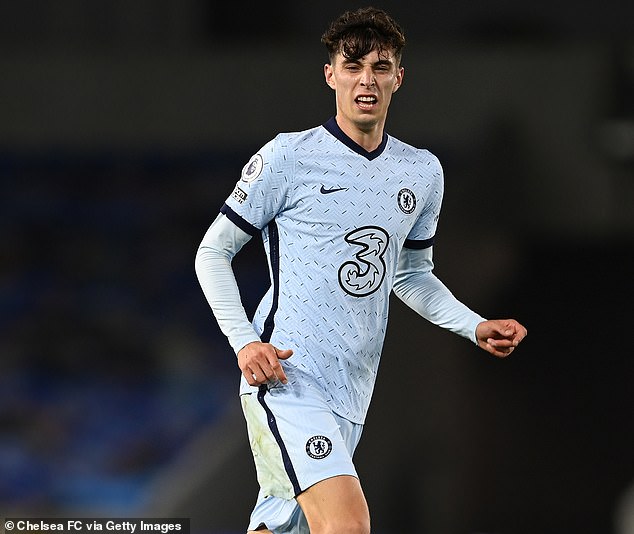 So Havertz missed a Champions League tie at Atletico Madrid to take his Abitur exams, the German equivalent of A Levels. And he appears to have also learnt the value of perseverance as he is now at the heart of the team Frank Lampard is building at Chelsea, the most expensive German ever after his £72 million move from Leverkusen.

He grew up watching a midfielder, Michael Ballack, at Leverkusen and then in the blue of Chelsea. While Bayern, Barcelona, Real Madrid have shown passing interest in his talents, it was Lampard and Chelsea who made the biggest impression by consistently insisting he was the man for them.

‘The coach has a big impact on my decision,’ said Havertz, handling a Zoom call in English with aplomb, demonstrating the value of that grammar school-equivalant education. ‘For me, I’ve loved Chelsea my whole life. I always watched the team as a kid so it was not a tough decision for me. 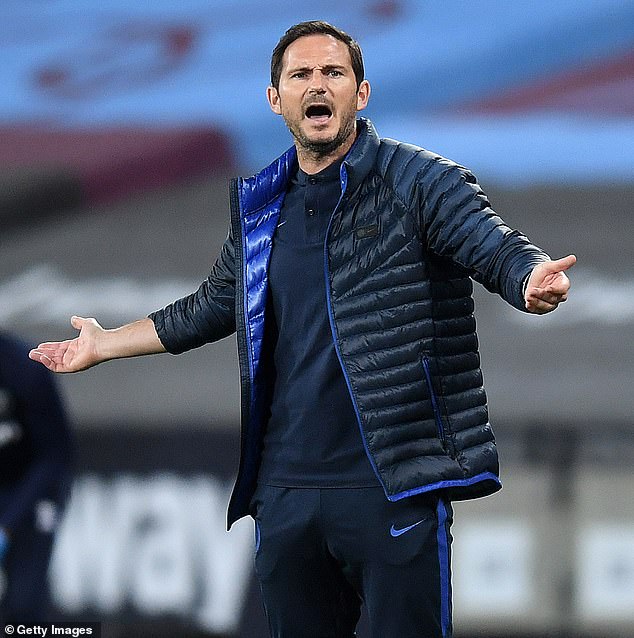 ‘It was always important that a club comes to me or my agent and says: “You are the player and we want you and we do everything for you. Please come to us.” Of course we had in the last years some conversations with other clubs as well and that’s normal. But in the end Chelsea give me everything.’

Schmidt put him on the path to this move by giving him his debut for Leverkusen at Werder Bremen in October 2016.

Havertz, a youth team player at the time, wasn’t part of the first-team squad so was enjoying a quiet Saturday morning breakfast in the large family home in the village of Mariadorf when the phone rang. 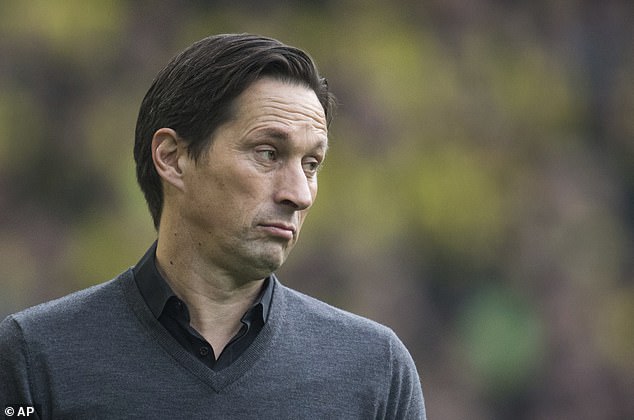 It was Schmidt: Lars Bender, their midfield star, was injured, and they needed him in Bremen immediately to sit on the bench. Mum dashed him off to Leverkusen, where a club chauffeur drove him to Bremen. The family curiously tuned in to see their schoolboy son take his position on the bench, only to be left a little stunned when the commentators announced he was coming on as a late sub in the 83rd minute.

For Lampard, this has been a curious wooing process, conducted in lockdown, where Zoom calls became the norm. But he had the advantage of some inside knowledge: Timo Werner is a friend of Havertz and the pair are forging a partnership for the German national team.

‘I was able to have some conversations with Kai as the buying process happened,’ said Lampard. ‘I did as much watching of him as I could. By that time, Timo had arrived at the club and Timo and Kai are pretty close, so I could ask Timo quite a lot about him. Again, I was very struck in the first conversations I had with Kai about his humility and how he is as a person, which I love.’ 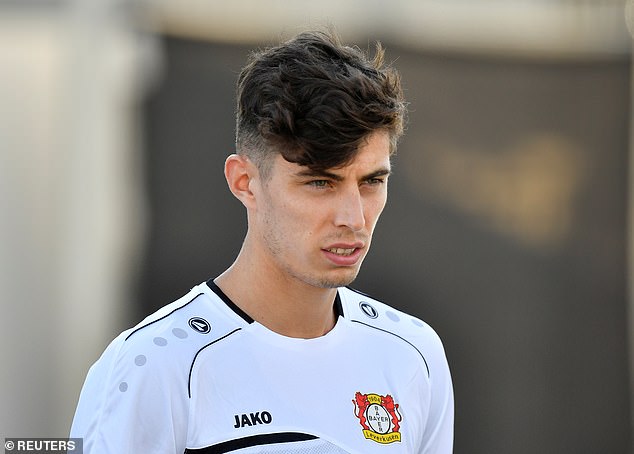 So what of the quirkier side to Havertz? The donkeys, for instance. ‘From my first years, my favourite animal was always the donkey. It was always a dream for me some day to have one of these.’

Eventually his parents brought him sponsorship of a rescued donkey at a sanctuary and now he is a wholehearted supporter. ‘It’s a good opportunity to help save donkeys from the butcher or the circus. It will be a big project for me.

The piano playing was inspired by older brother, Jan, taking up the guitar. ‘I wanted to do the same and learn an instrument and that’s the reason I started the piano.’

And though he admired Ballack, his childhood hero was Erik Meijer. Yes, that Meijer, who had an inglorious spell at Sunday’s opponents.

‘He played in my childhood team [Alemannia Aachen] so it was nice to see him play. I know he played for Liverpool but I think I made the right decision to play for Chelsea.’

Presumably, his output will surpass Meijer’s at Anfield.