A police officer has been videoed telling an Asian motorist to ‘go back to China’ on Christmas Day before appearing to shove him through an open window.

The footage showed the cop pulling over a man in a Toyota Camry for an early morning random breath test at Carlingford in Sydney’s north-west.

Standing by the driver’s side window of the sedan, the New South Wales highway patrol officer, wearing a bright yellow vest, appeared to use inappropriate language on a man with little English at 6.30 on Christmas morning.

Caleb Strik took the video footage on a side street near Pennant Hills Road, at Carlingford, before confronting the police officer (pictured), of southern Asian heritage

‘Where you from?,’ he asked the driver.

A few seconds later, he said: ‘Go back to China’ before pulling out a blue ‘Stop. Police’ sign used to signify drivers will have their blood alcohol level tested.

Seconds later he appeared to shove the driver through the open window, as he sat in a parked car near the Carlingford Village shopping mall.

He told Daily Mail Australia he was shocked at what he witnessed, considering the officer appeared to be of southern Asian ethnicity.

‘I saw him yelling at the man,’ he said.

‘I can’t believe someone born in India is telling another immigrant to go back to China.’ 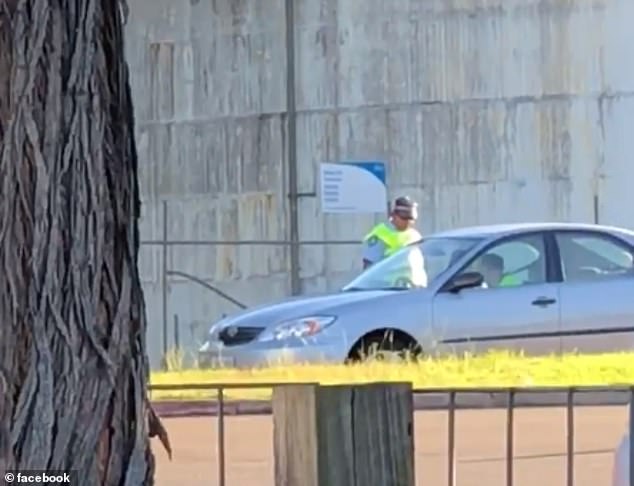 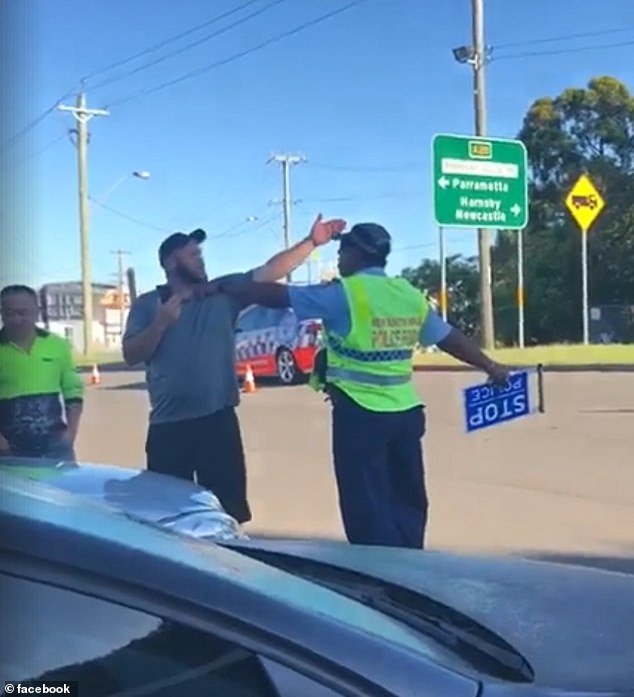 He also recorded himself confronting the officer.

‘I’m recording this to make sure you understand,’ he said.

‘I have video of you hitting the worker. You also told him to ‘go back to China’,’ he said.

The police officer told Mr Strik to ‘move away’.

‘Can you get off the road? You’re harassing me. I’m doing my work. Let me do it.

‘You’re upset because you’ve been fined. Now go back to your car.’ 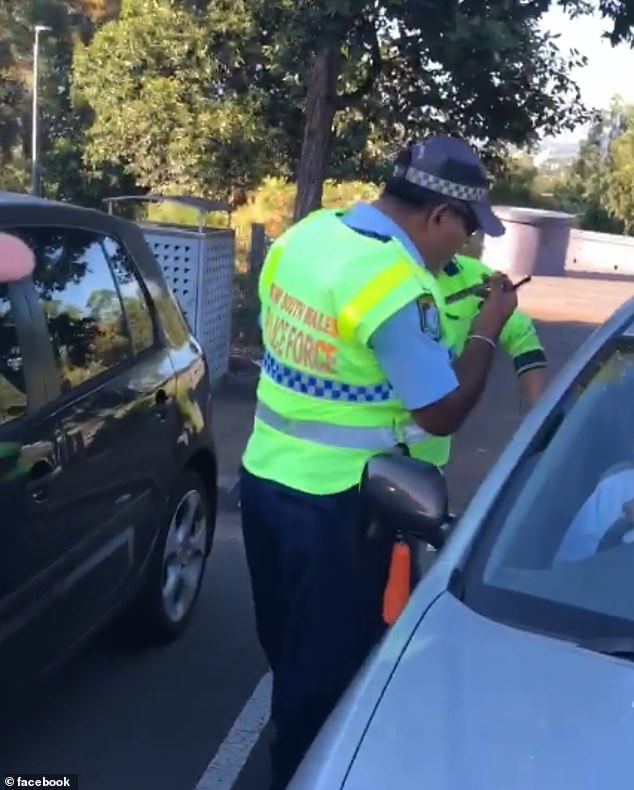 Mr Strik replied he had a right to film him.

The officer then turned away and asked another Asian man standing outside the car if there was someone who spoke English.

A NSW Police Force spokeswoman told Daily Mail Australia the footage was being examined and could lead to a professional standards review.

‘NSW Police is aware of the videos posted on Facebook, which will be reviewed in due course,’ she said.

‘At this stage, we are unaware of any formal complaints being lodged by a member of the community.’

Another man said this kind of behaviour reflected poorly on police

‘What a dirty, racist cop. Good on ya, Caleb,’ one man said.

Another man said this kind of behaviour reflected poorly on police.

‘Shame bro, most police officers are good people, they’re humans and do their best to protect us even though we may not like the outcome,’ he said.

‘We call them when we need help but this is not good for the police officer and the ones covering up for him.

‘Both the police officer and the driver need to go back for retraining (etiquette and English lessons).’

Mr Strik also won support for standing up for the driver.

‘Good lad for sticking up for the poor man,’ he said.

One woman likened the police officer’s behaviour to a television show.

‘Honestly thought this was a comedy TV skit. How disgraceful,’ she said.