New South Wales has recorded 16 new cases of COVID-19 on Wednesday as Victoria considers harsher measures to stop the spread of the virus.

Of the new infections, 11 are associated with the Thai Rock restaurant cluster in Wetherill Park in Sydney’s far west while three are linked to the outbreak at the Crossroads Hotel in Casula in the city’s south-west.

One of the cases confirmed was from hotel quarantine while another in western Sydney is a close contact of a previously reported infection not connected to any known cluster, Premier Gladys Berejiklian said.

Ms Berejiklian said while it was reassuring no additional outbreaks had been detected up to 8pm last night, the state was still on ‘high alert’ for further spread of the deadly respiratory illness.

Pictured: A health worker wearing a protective suit conducts tests for COVID-19 at Bondi Beach on Monday. A further 16 new cases of the virus have been confirmed in New South Wales on Wednesday 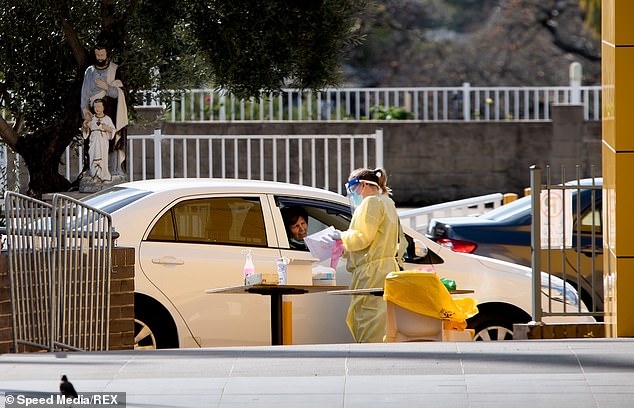 Ms Berejiklian said the next few weeks for NSW were critical to slowing the spread of the virus in Australia’s most populated state.

‘If we manage get on top of the community transmission at this stage, we have a much better chance of continuing the move forward in a positive way,’ she said.

She said no further cases had been reported from the Batemans Bay Soldiers Club cluster.

While not yet re-imposing travel bans to regional areas in NSW, Ms Berejikilan said people should take ‘extra caution’ when moving around the state.

‘There is no zone which is safe,’ she said.

‘My strongest message is, that all of us are on high alert. 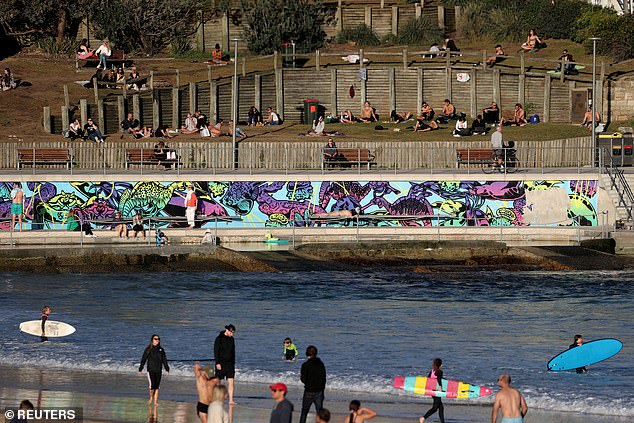 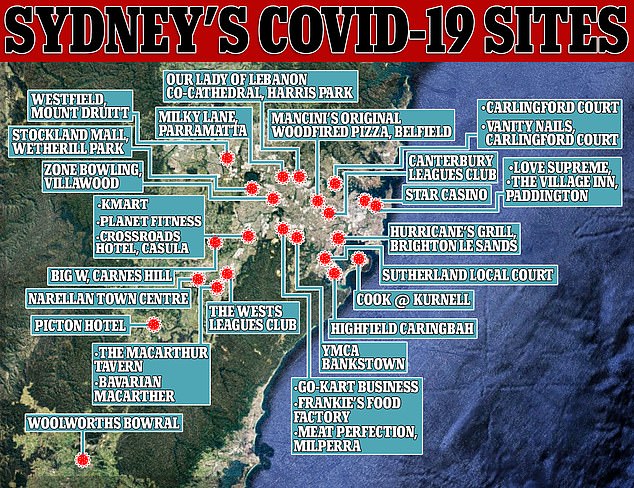 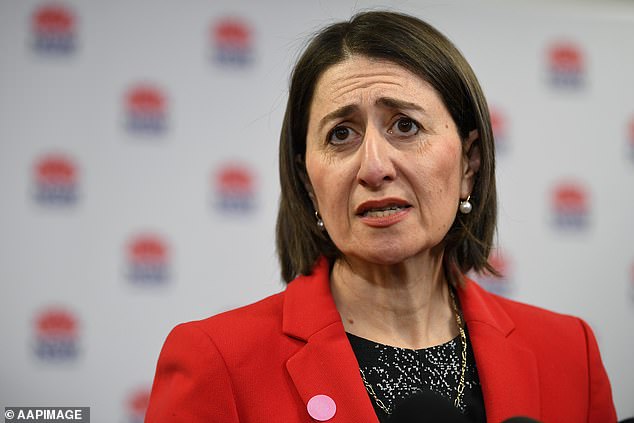 Ms Berejiklian said the next few weeks for her state were ‘critical’ to slowing down the spread of the virus. 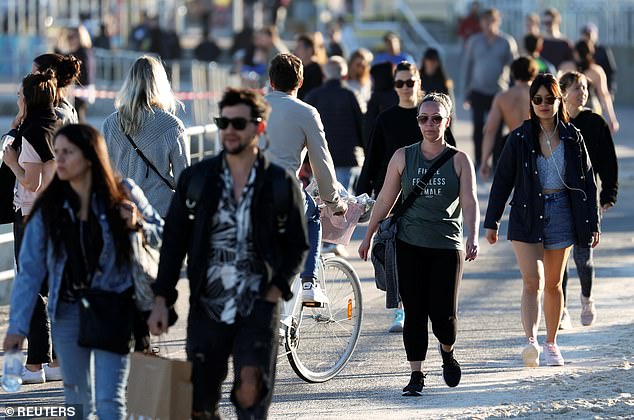 Beachgoers walk along the boardwalk at Bondi Beach on Monday. The NSW premier said the state needed to be on ‘high alert’ for further spread of the deadly respiratory illness 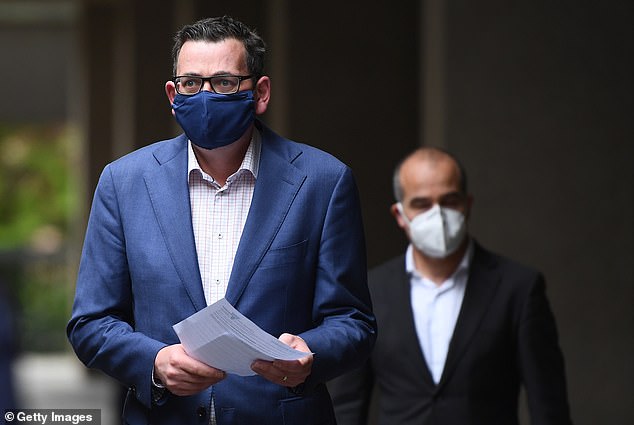 Dr Chant also clarified that only those who have been told to self-isolate in NSW because they have potentially come into contact with a known COVID-19 case have to remain isolated for 14 days.

The announcement comes as Victorian Premier Daniel Andrews considers limiting people to within 5km of their homes to slow the spread of the virus.

The state has reportedly recorded 484 new cases of coronavirus, its worst daily total ever, sources told The Australian.

That number would eclipse the state’s previous record of 428 on Friday.