New South Wales were prepared to die to win tonight’s crucial Origin clash against Queensland and there superior hunger saw them earn a thumping victory over the Maroons.

The Blues entered Sunday’s Origin II clash in desperate need of victory after Queensland clinched the series opener in Sydney, with Nathan Cleary kept quiet for the duration of that contest at Accor Stadium.

However, the Panthers halfback found his mojo again in Perth, contributing a quickfire double as the Blues laid on a second half onslaught to seal a 34-point victory. 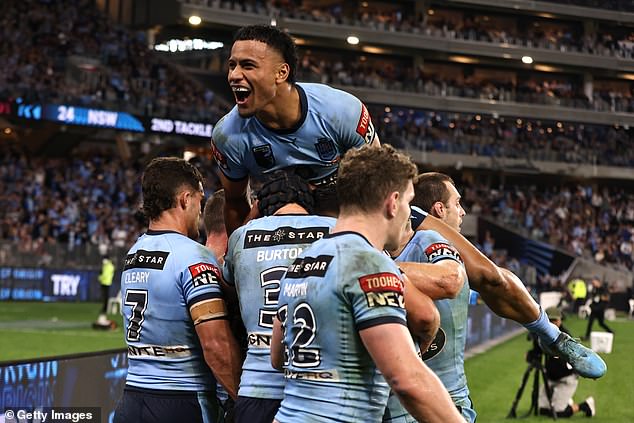 ‘We came with the mentality of win or die tonight,’ he told Nine. ‘I’m proud of the boys. They stuck it with an 80 minute performance and we overcame the Queenslanders.

‘It was an intense week. Every day. Every day, the boys came in and ripped in. That’s the mentality we need to keep in every camp.’ 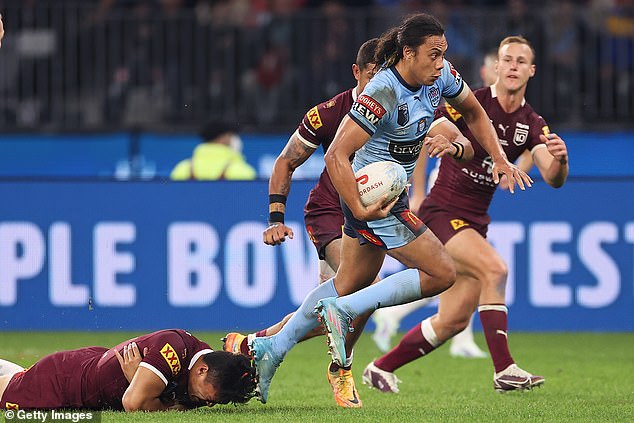 Blues captain James Tedesco added that his side were ‘hungrier’ than their rivals and that was the difference at Optus Stadium.

‘We were hungrier,’ he said. ‘We spoke about that during the week. We had to be more brutal, more hungry. No second chances.

‘I felt we did that. The discipline didn’t let us down. The second half was pleasing.’