New Speaker Lindsay Hoyle says female MPs will be allowed to BREASTFEED in the Commons 20 years after it was BANNED, saying ‘it would be wrong for me as a male to dictate’ to new mothers

Female MPs will be allowed to bring their newborn children in to the House of Commons and breastfeed them on the famous green benches, new Speaker Lindsay Hoyle said today.

He said that he would overturn a 20-year ban on women feeding their children during lengthy debates either in the chamber or committee rooms, to help new mothers.

He made the admission to reporters at a Press Gallery Lunch today as part of a call for a kinder atmosphere than in the past months and years, saying Parliament’s ‘bullying culture is over’.

Baroness Boothroyd ruled that breastfeeding was not allowed in the Commons chamber in 2000 when she was speaker.

But Sir Lindsay said he would not block breastfeeding when asked if he would allow it in the chamber or committee rooms.

‘I think it would be wrong for me as a male to dictate on that policy. If it happens, it happens. I wouldn’t be upset by it, let’s put it that way.’ 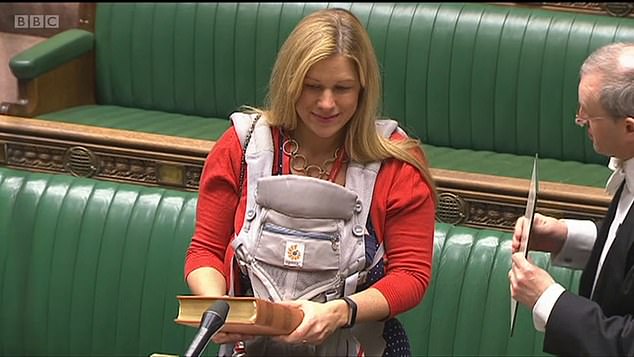 Several MPs in recent years have brought their young children into the Commons, including Labour’s Ellie Reeves (above) and Tory Kemi Badenoch (below) 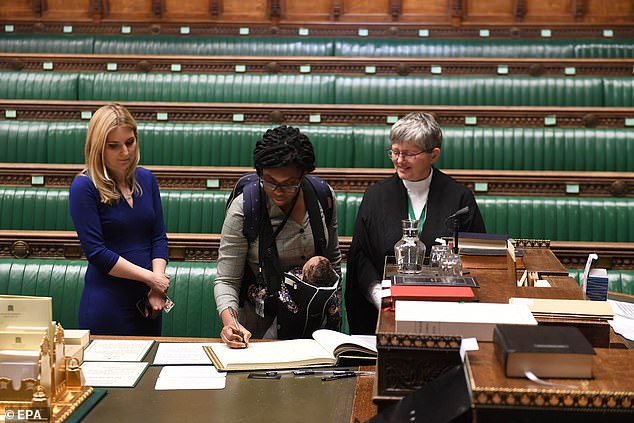 Several MPs in recent years have brought their young children into the Commons, including Labour’s Ellie Reeves and Tory Kemi Badenoch.

Labour MP Harriet Harman, who ran against Sir Lindsay, was one of the first MPs to breastfeed her child in the Commons in the 1980s.

But it was outlawed by Baroness Boothroyd while she was Speaker two decades ago.

An independent review in 2016 recommended that breastfeeding should be permitted in the chamber, with MPs with children having to sit for hours listening for a debate.

Equal rights campaigners have called for breastfeeding in the Commons to tackle any taboo and to allow women MPs more flexibility with their work. 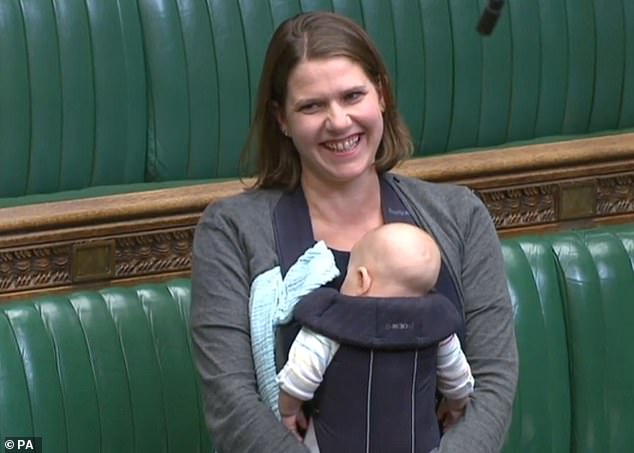 The new Commons Speaker said during a speech at a Press Gallery lunch in Parliament that ‘MPs haven’t always been the best employers of their staff’, as he backed trade union recognition of staff.

The Commons Speaker’s comments on Thursday came after fresh bullying allegations mounted against his predecessor, John Bercow, as he seeks to be elevated to the House of Lords.

Mr Bercow, who stood down on October 31, denies all allegations of bullying, but has had two dossiers detailing allegations against him handed over during recent days.

‘I think people reflected on the way the chamber carried out, the way we were speaking to each other, the threats, the intimidation, it was not a nice place,’ Mr Hoyle said.

He said the best recourse for the row between ministers and Mr Bercow, who has accused the Government for preventing his elevation to the Lords, would be for his name to be put forward for a peerage and let his past conduct be fully scrutinised.

Sir Lindsay, who served under Mr Bercow as his deputy, said he was ‘personally not’ bullied by his predecessor, when questioned by journalists.

‘Personally I can honestly say I didn’t witness it but I do speak to people who may or may not have been subjected,’ he added.

‘When somebody’s names goes forward to the Lord’s people are checked and issues are reviewed about whether they are a fit person.

‘Part of that vetting will be looking into people’s conduct.’