Awkward meeting! Brooke Boney holds peace talks with Richard Wilkins at his HOME after replacing him as the Today show’s entertainment reporter

And just hours later, Brooke Boney visited Richard’s Cremorne home on Sydney’s exclusive North Shore in what appeared to be peace talks with the veteran broadcaster.

Keeping casual in a nautical inspired number, Brooke, 31 appeared anxious as she prepared to extend an olive branch to the TV presenter at his front door.

Accessorising with an oversized tan tote and black sandals, the former Triple J host was warmly greeted by Dickie’s son, Christian, on the doorstep, before disappearing into the house where Richard was waiting.

Richard, who will be redeployed to second-tier show Today Extra, is to remain as the entertainment editor at Nine while Brooke helms the Today show as entertainment reporter.

Brooke was believed to be inside the house for some time in what was no doubt a very awkward meeting. 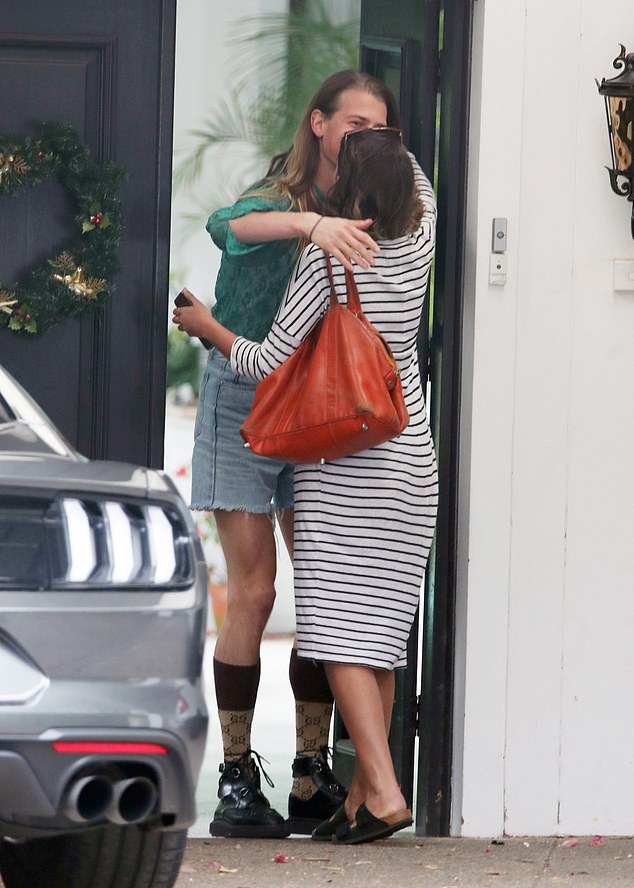 Phew! Accessorising with an oversized tan tote and black sandals, the former Triple J host was warmly greeted by Dickie’s son, Christian (left) on the doorstep

Later, a downcast Richard made an appearance with Christian while climbing into a taxi after giving his son a kiss on the cheek. 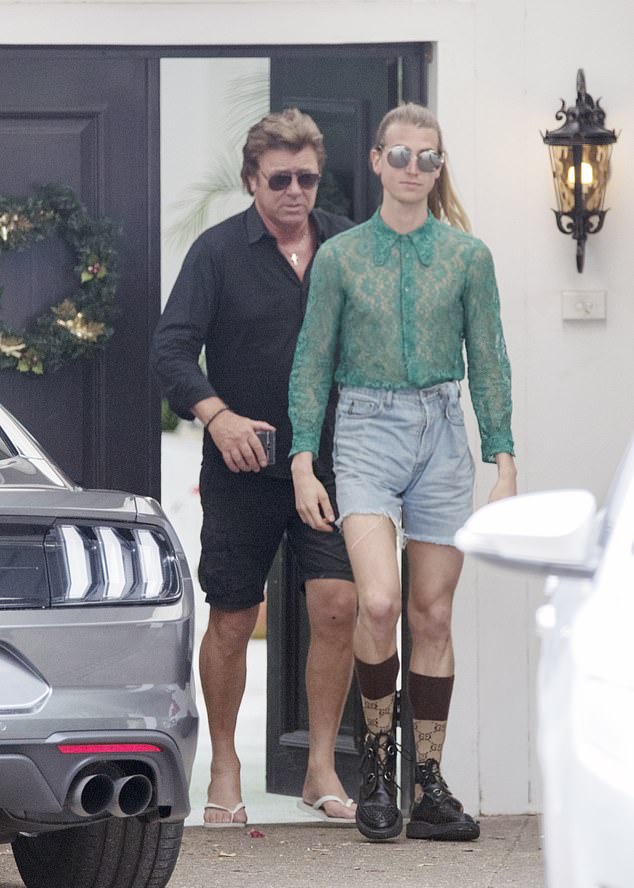 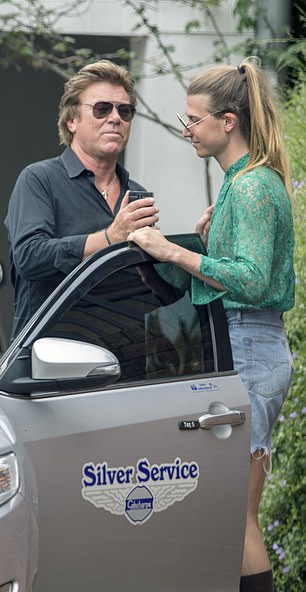 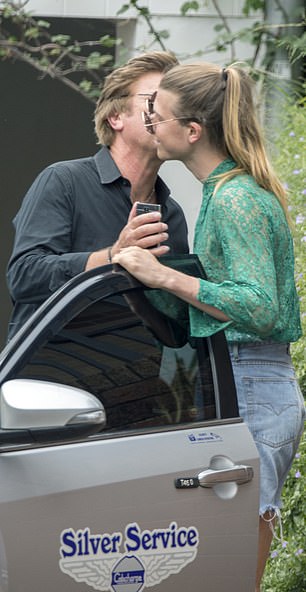 Family ties: Climbing into a taxi after giving his son a kiss on the cheek, Richard appeared far from his jovial self

Following his father’s departure, the socialite, 23, clad in a sheer green blouse, cut off denim shorts and black running shoes, grinned as he left the waterside home.

News of Brooke’s appointment to the Today show was confirmed on Friday by Channel Nine’s National Director of News and Current Affairs Darren Wick.

Brooke herself said in a statement: ‘It’s such an exciting time to be joining Nine and am looking forward to learn from everyone on the Today team. 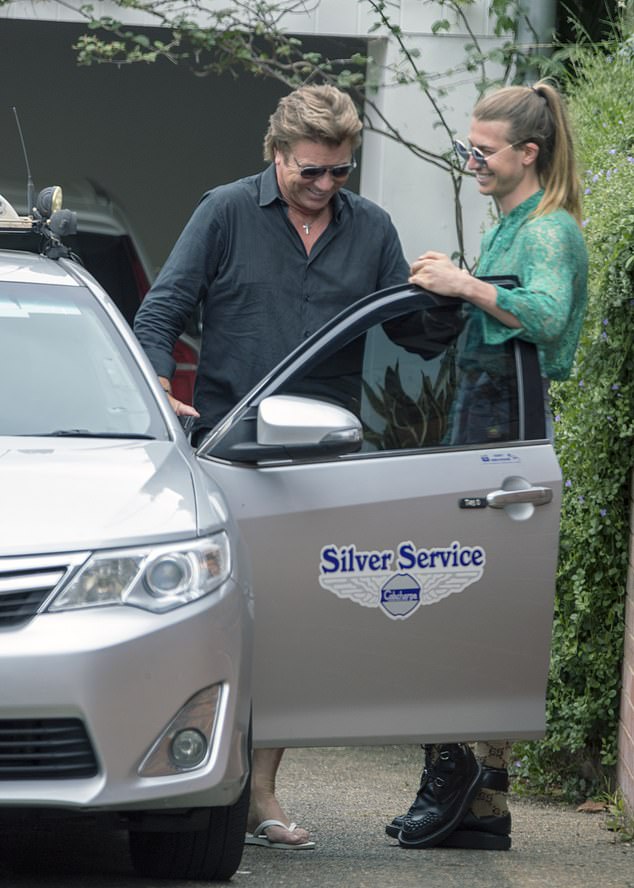 Seeing the funny side: Dickie eventually mustered a grin while climbing into the awaiting vehicle

‘As a young girl growing up in the country I watched Today so it’s really awesome to know it’ll be my new home.’

And his sacking came less than 24 hours after his brother Peter, 37, was dropped from the network altogether. 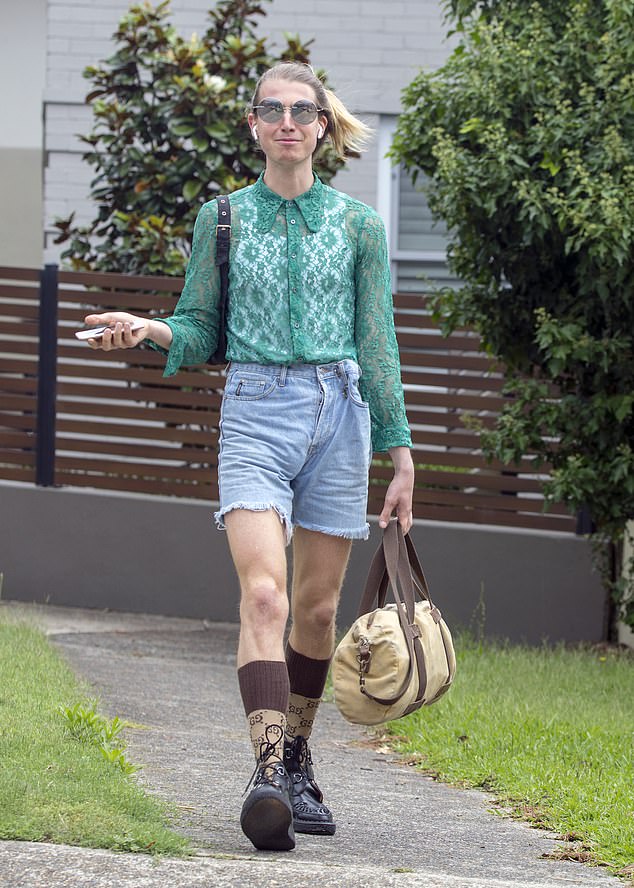 Seen in green: Following his father’s departure, Christian, who made sure all eyes were on him in a sheer blouse, cut off denim shorts and black running shoes, grinned as he left the waterside home 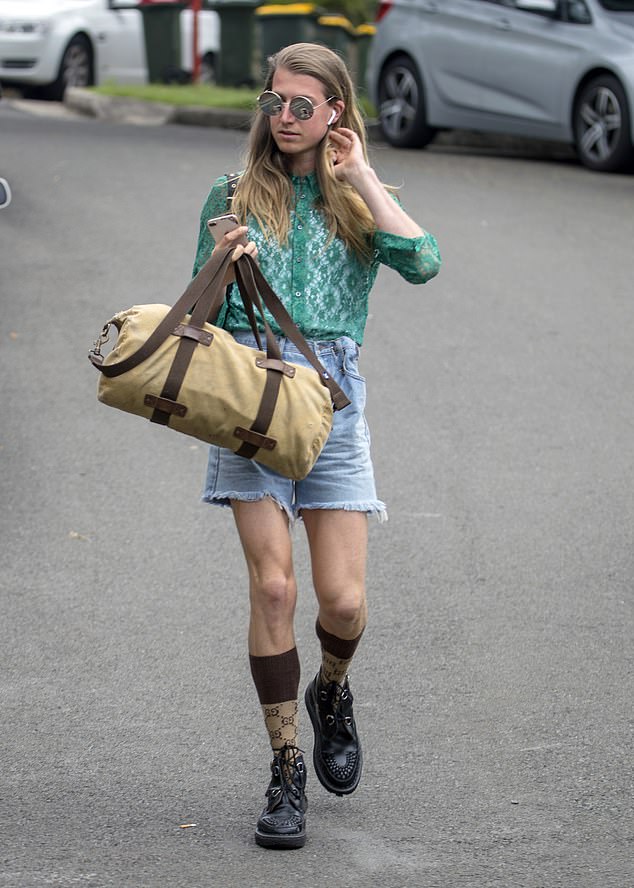 Loyal: A regular feature on Sydney’s social circuit, Christian is rarely seen away from his father’s side