Antonio Conte’s iron grip is tightening at Tottenham as the new boss tries to exert his influence on all manner of things from lunchtime menus and sleep patterns to tactical discipline.

Less than three weeks into his reign, the players returned from international duty to find Camp Conte taking shape.

Ketchup and mayonnaise are off the tables, the Spurs chefs are preparing food with less fat and the Italian head coach has moved his media duties to free up time for more extensive analysis sessions in the video suites.

‘The pitch and the game is only the final part of your work,’ warned Conte. ‘You have to prepare your body and your mind. Also your heart and your passion to do this.

Tactical work remained his priority, he insisted, but Conte’s cultural changes will chime with those who remember his arrival at Chelsea in 2016, when he was quick to cut down the amount of pasta and pizza on the menu.

And at Inter Milan, where nutritionist Matteo Pincella designed bespoke diets for the players, replacing traditional carbohydrates with sweet potatoes and shirataki noodles.

Pincella, who is still working for Inter and the Italy national team, helped Romelu Lukaku shed more than a stone and alter his physique as he hit top form under Conte and won Serie A.

Tottenham’s players have been warned the boss will be scrutinising regular nutritional tests to make sure they are showing similar commitment to the cause beyond the confines of training.

‘I can see the results from the nutritionist,’ said Conte, when asked what happened if his players turned to junk food on their way home. 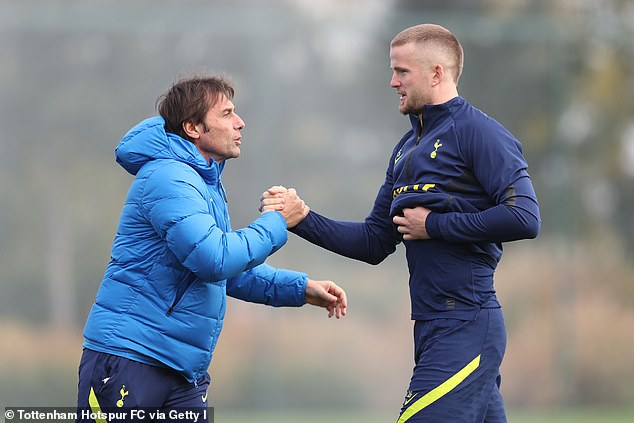 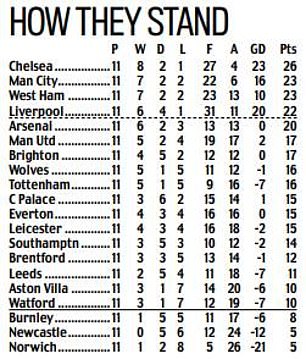 ‘I can see if this is OK or not OK and maybe you are not doing well outside the training centre.

‘This is a part of it, to improve the players in many aspects and to make the players understand. To be professional means you take care of your body. If you do this you risk less injury and you are ready to face the training, because sometimes the training is hard.

Among those in Conte’s sights will be Tanguy Ndombele, an unsolved riddle since his £54million move from Lyon in the summer of 2019.

He could start against Leeds on Sunday with Oliver Skipp suspended and Giovani Lo Celso doubtful. Centre half Cristian Romero is also out, injured. 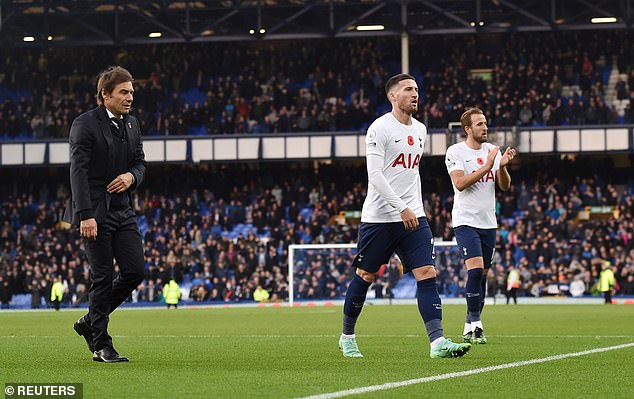 ‘I have seen that many managers struggle with this,’ said Conte on the subject of Ndombele’s best position.

‘For sure, Tanguy has the quality. At the same time, he has to understand there is a team and he has to play into the team.

‘It is important to keep order and do what the position asks you to do.

‘With Tanguy we are working, we are working very hard. He has to work much more than the others because he has the talent but he has to put this talent into the team for the best of the team, not for the single player.

‘In my idea of football, there are tasks for the players. Every single player has to know what he has to do. Otherwise, if every player just goes and runs around on the pitch, it will be a mess.’ 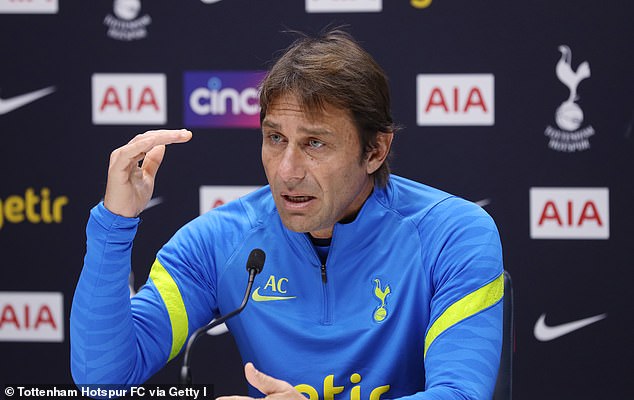 The same rules apply to Harry Kane, who returns to Spurs in search of only his second Premier League goal of the season after feasting on seven in two World Cup qualifiers with England against Albania and San Marino.

‘I am enjoying that I’m in the right place to enjoy Harry,’ said Conte. ‘To work with him and exploit his characteristics, his quality and potential.

‘For me, the No 9 is a point of reference. Harry is a world-class striker and an important player, but don’t forget we win and lose with a team, with a whole squad, and he has to take on bigger responsibility.’