New ‘train track’ implant being trialled by doctors for scoliosis

A new ‘train track’ implant is being trialled by doctors with the aim of transforming treatment for thousands of patients with a severe spinal condition.

The condition, which causes the spine to twist and curve, can strike people of any age but most often affects teenagers.

Current treatment, known as the Universal Spine System (USS) – a method of performing anterior scoliosis correction surgery, involves placing two circular metal rods either side of the spine which are screwed in.

But the MESA Rail, which fits in a similar fashion to the way in which a train slots into railway tracks, can be fitted more rigidly to the spine because it uses smaller screws.

Evan Davies, a consultant spinal surgeon at the NHS trust who developed the device, believes it could potentially create better correction.

In the world’s first trial of MESA Rail, Mr Davies and colleagues will compare it against ASC, which is cheaper, to see if it is more effective.

Although the MESA Rail is more costly, if it can reduce the need for further surgery, Mr Davies believes it could save the NHS money in the long-term.

He said: ‘This is a really exciting and much-needed study to provide some clarity on which device is most effective at treating severe cases of scoliosis.

‘The Mesa Rail has an innovative beam shape – similar to the way a train slots into railway tracks – which fits neatly into smaller screws.

‘This enables us to get closer to the spine, push and apply more force to correct it, with leaving less room for movement – whereas the USS rods are round so not as stable in shape. 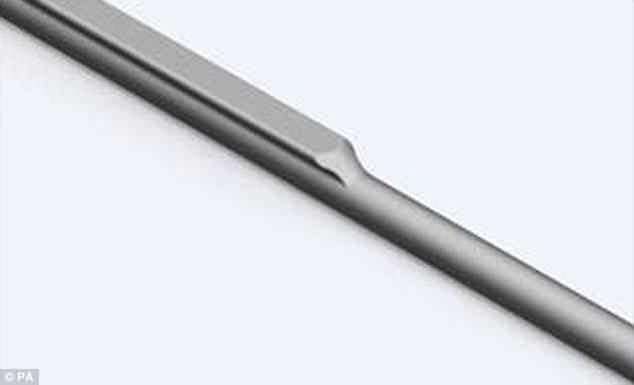 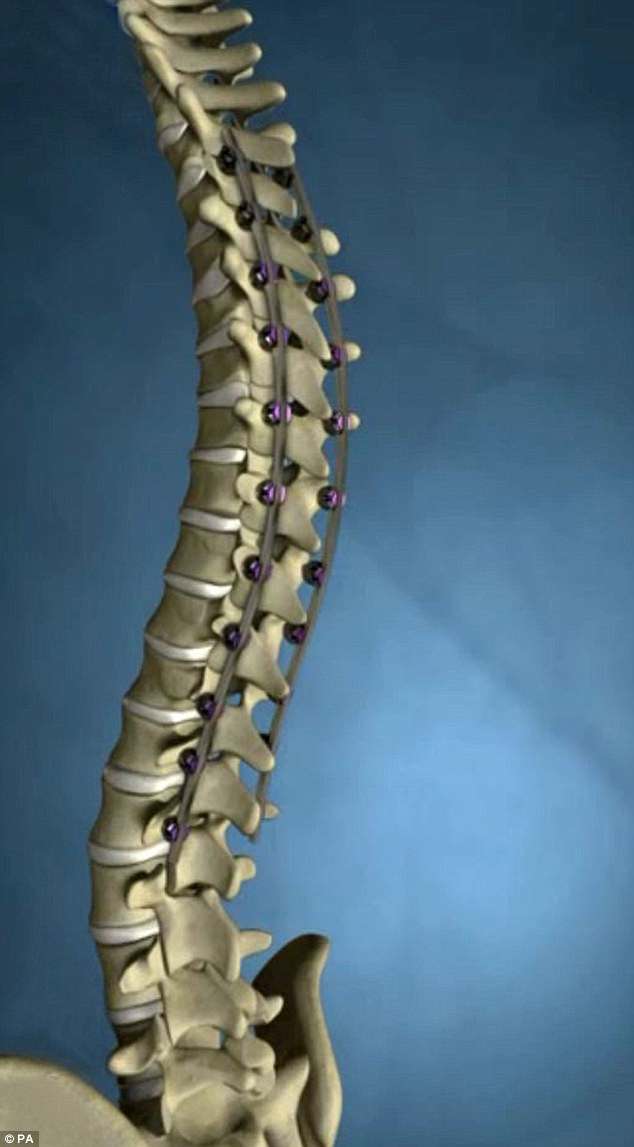 The condition, which causes the spine to twist and curve, can strike people of any age but most often affects teenagers (stock)

Scoliosis occurs when the spine twists and curves to one side.

It affects up to four children per 1,000

In most cases the cause is unknown, but may be an underlying nerve condition or wear and tear with age.

It usually starts between the ages of 10 and 15.

Most people do not require treatment.

If severe, surgery may be necessary.

‘There is some evidence that the Mesa Rail can provide better realignment of the curve and, if this can be proven to be maintained long-term, it will reduce the need for further surgery.’

Many are unaware of the condition because it doesn’t usually cause any other health problems and they are able to live normal lives.

Scoliosis occurs when the front of the spine grows faster than the back, causing the spine to buckle and rotate into an ‘S’ or ‘C’ shape.

In a small number of people, the condition can cause severe pain and change their appearance, including uneven shoulders.

In the worst cases, patients require intervention to release pressure on the heart and lungs.

Mr Davies and his colleagues aim to recruit 60 patients over the next two years at Southampton General Hospital and Southampton Children’s Hospital.

Surgeons currently operate on around 250 scoliosis patients every year at the two hospitals.