‘This company has to change,’ Khosrowshahi said to Uber’s employees during the all-hands meeting in San Francisco on Wednesday.

‘What got us here is not what’s going to get us to the next level.’

Khosrowshahi said he plans on focusing on the core ride-hailing business to ‘pay the bills’ and also work on taking big shots.

According to news site Axios, Khosrowshahi put Uber’s IPO timeline between 18 to 36 months from now, meaning a 2019 IPO for the company at the earliest.

Dara also said he is a believer in ‘no bullshit’ and ‘complete transparency’ according to Amir Efrati of news site The Information.

Khosrowshahi’s appointment comes at a time when Uber is trying to recover from a series of crises that culminated in the ouster of its former CEO Travis Kalanick in June.

It is also a key step toward filling a gaping hole in its top management which at the moment has no chief financial officer, head of engineering or general counsel.

‘The board and the executive leadership team are confident that Dara is the best person to lead Uber into the future,’ Uber’s eight-member board wrote in an email to employees that was also made public. 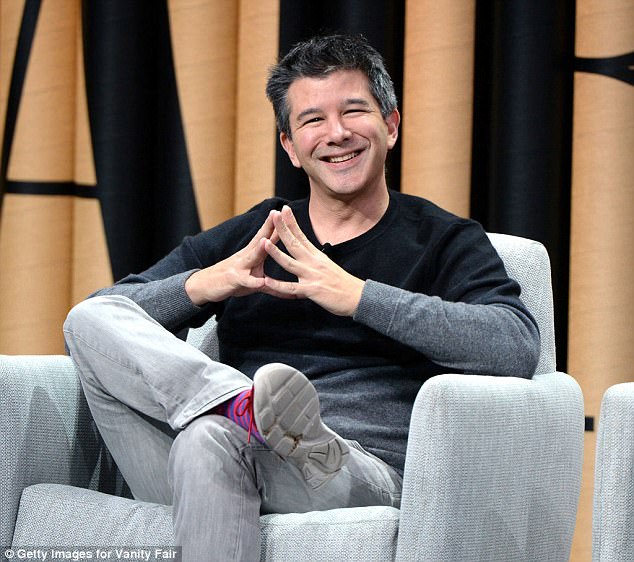 Khosrowshahi emailed Expedia staff that he had accepted the job of Uber CEO, albeit ‘with truly mixed feelings.’ 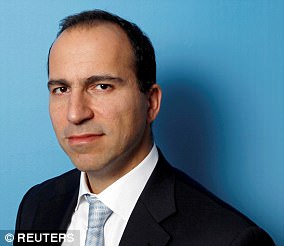 Khosrowshahi, 48, is an Iranian immigrant who came to the United States with his parents in 1978 during the Iranian Revolution.

Dara Khosrowshahi, 48, is an Iranian immigrant who came to the United States with his parents in 1978 during the Iranian Revolution.

He is described by those who know him as a friendly and steady hand, savvy businessman and calming influence in situations of chaos.

He grew up in Tarrytown, N.Y., trained as an engineer at Brown, and spent many years at IAC serving as Chief Financial Officer and in various operational and strategic roles.

In 2005, he became CEO of Expedia, which he built into one of the world’s leading travel and technology companies, now operating in more than 60 countries.

He has four children and not surprisingly loves to travel, one of his favorite trips being to the Angkor Wat temples in Cambodia where his wife Sydney said yes to marrying him.

‘This has been one of the toughest decisions of my life,’ he said in his email.

Over his tenure, Khosrowshahi built Expedia into the largest online travel agency by bookings and its stock price grew more than six-fold since he became CEO in 2005.

‘I have to tell you that I’m scared,’ he wrote in the note, which was shared with Reuters.

‘I’ve been here at Expedia for so long that I’ve forgotten what life is outside of this place.’

The board had already selected Khosrowshahi as Uber’s next CEO in a vote on Sunday, two sources told Reuters.

But the firm and its board had not spoken publicly on the decision until Tuesday evening Pacific Time, as contract negotiations were ongoing.

He joined San Francisco-based Uber’s all-hands staff meeting Wednesday to take questions from employees, board members said in their email.

He will also over the next few weeks meet with employees around the world and with drivers.

Khosrowshahi, 48, is an Iranian immigrant who came to the United States with his parents in 1978 during the Iranian Revolution.

He is described by those who know him as a friendly and steady hand, savvy businessman and calming influence in situations of chaos.

And chaos certainly awaits him at Uber.

He inherits at Uber a high-stakes lawsuit filed by Alphabet Inc’s Waymo that threatens Uber’s self-driving car business, a board divided by one investor’s lawsuit against Kalanick, and an organization struggling to overcome allegations of sexual harassment and executive misconduct.

On Tuesday, Uber said it was cooperating with a preliminary investigation led by the U.S. Department of Justice into possible violations of bribery laws.

Kalanick, who remains on the Uber board and was involved in hiring Khosrowshahi, welcomed his replacement.

‘Casting a vote for the next chief executive of Uber was a big moment for me and I couldn’t be happier to pass the torch to such an inspiring leader,’ Kalanick said in a statement.