New video shows the moment a sex offender turns himself into police and confesses to the grisly murder of a woman found stabbed to death in 2014.

Police have released the surveillance footage of Connecticut man William Winters Leverett, 27, walking into his local police station accompanied by three members of his church on Wednesday.

In the clip he enters the Simsbury Police Department wearing a blue polo and shorts and holding an armful of books then confesses to killing 54-year-old jogger Melissa Millan on November 20, 2014, according to WTNH.

Leverett entered the police station on Wednesday prodded by two males and a woman. At one point in the clip he hesitates and glances at his peers. A man behind him points towards the police officer, then Leverett steps up to the window and turns himself in. 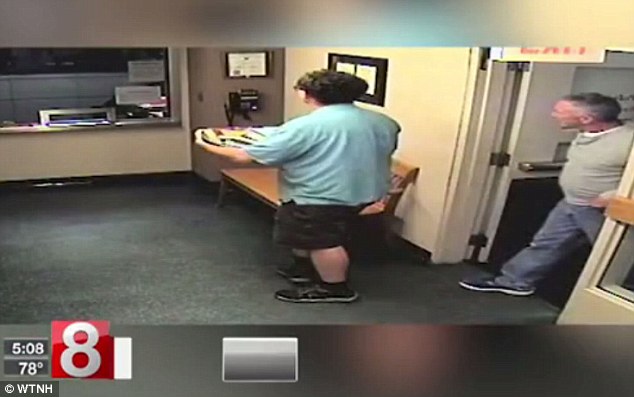 He entered wearing a blue polo and shorts and holding a stack of books accompanied by three church members. He had confessed to the crime to his pastor prior to turning himself in 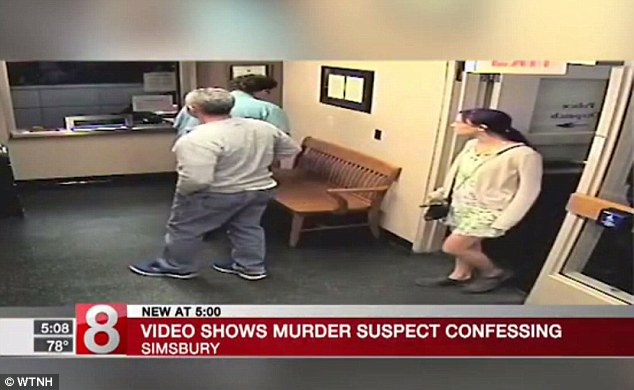 At one point in the clip he hesitates and glances back at his peers. A man behind him points towards the police officer, then Leverett steps up to the window and turns himself in 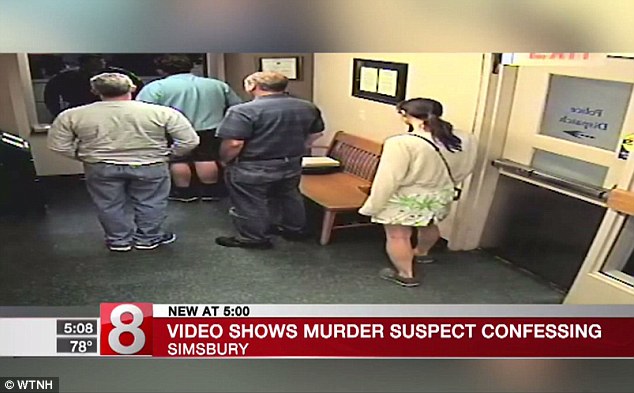 Millan was an insurance executive in Simsbury Connecticut who was found stabbed to death in November 2014 after she went out for a jog.

The case remained unsolved for four years until Leverett, a convicted sex offender who moved to Connecticut from Colorado in 2011, shocked officials with his confession last week.

Moments prior to the murder, Leverett approached the pastors of his church and admitted to stabbing Millan on that fateful day.

Leverett has been charged with murder.

On Monday as he was arraigned in court as new details of the grisly crime emerged.

According to police, on the night of the attack, he had left a group sex offenders therapy session when he decided to go out ‘looking for someone to talk to’.

He drove from his barn to Iron House Boulevard where he saw Millan running along the path next to it. 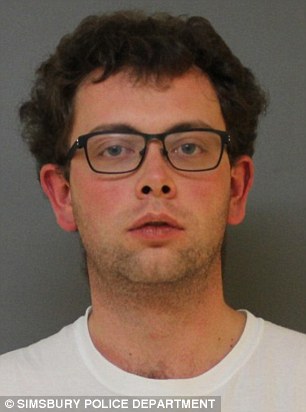 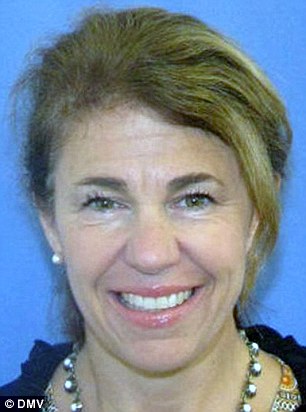 William Winters Leverett, 27, confessed to murdering Melissa Millan, 54, in November 2014 on Wednesday night. Leverett (seen left in his Thursday mugshot) is a convicted sex offender who had gone out looking for ‘someone to talk to’ when he saw the woman and decided to attack her after becoming angry that she was ‘way out his league’ 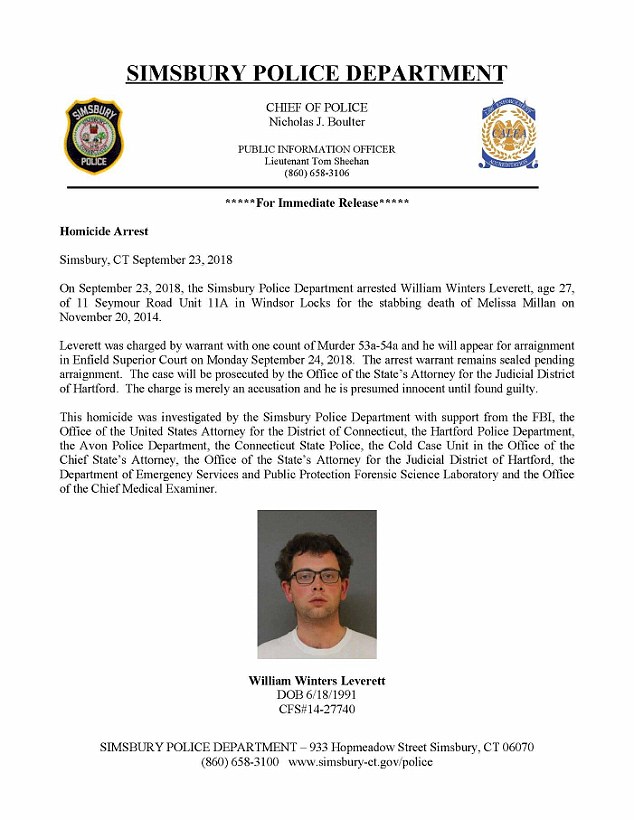 Simsbury Police announced his arrest on Sunday September 23, four years after the murder

Charging documents reveal that he was immediately drawn to her ‘features’ but became angry when, he said, he realized she was ‘out of his league’.

He thought to himself: ‘I can’t have her’ and ‘she’s way out of my league,’  according to the court documents. His anger ‘escalated’, he said, ‘into a frenzy’ and he decided that he would attack her instead of trying to talk.

He retrieved a knife from his car then started walking towards Millan, he said. 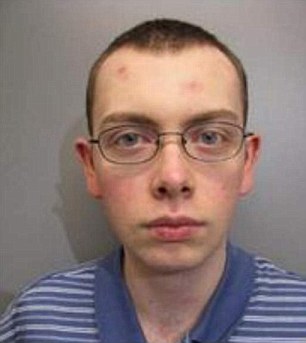 Leverett was on the sex offenders register for assaulting a child in 2009 in Colorado when he was 19. He is pictured in his mugshot from that crime. He was spared jail in that case and moved to Connecticut, where he attacked Millan, two years later

Without saying anything, he intentionally ran into her, causing her to stop in her tracks. He then plunged his knife into her chest without explanation, he said.

She pushed him away which caused the knife, which he was still holding, to withdraw from her body, then she fell backwards over a guardrail and onto the road, he said.

Leverett then got back into his car and watched Millan as she lay on the road screaming: ‘Oh my God, oh my God,’ he said.

He said he thought to himself, ‘Oh my God, what have I done?’ but he sped away, ‘shaking and crying,’ he said.

On his way home, he tossed the knife out of his car window on a different road. He retrieved it days later and used a trash compactor to destroy it, he said.

Once he got back to the barn he was living in on the night of the murder, the man wrote confession notes to police but hid them in a crevice in the house, he said.

On Sunday, police found the notes along with a glove he used in the attack. They say both his DNA and Millan’s were on it.

Leverett was charged with first degree murder and was held on a $2million bond.

In 2009, he was convicted of sexually assaulting a child in Colorado but he was let off with a $438 fine, according to The Hartford Courant. 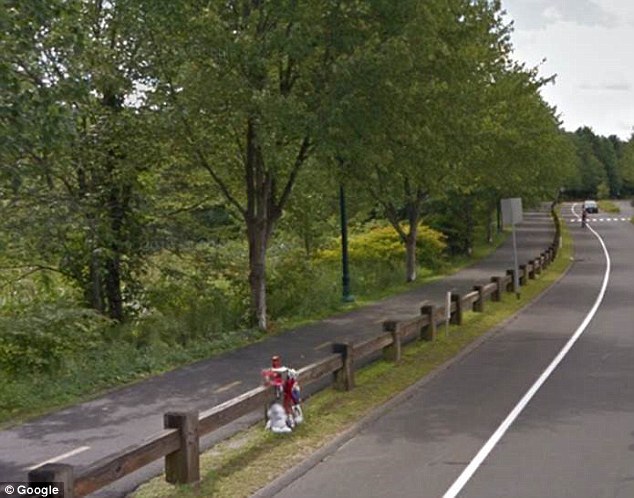 This is where Leverett, who was 23 at the time of the attack, confronted Millan by running into her then stabbing her in the chest. She fell backwards over the guardrail and onto the road where her body was found the next day 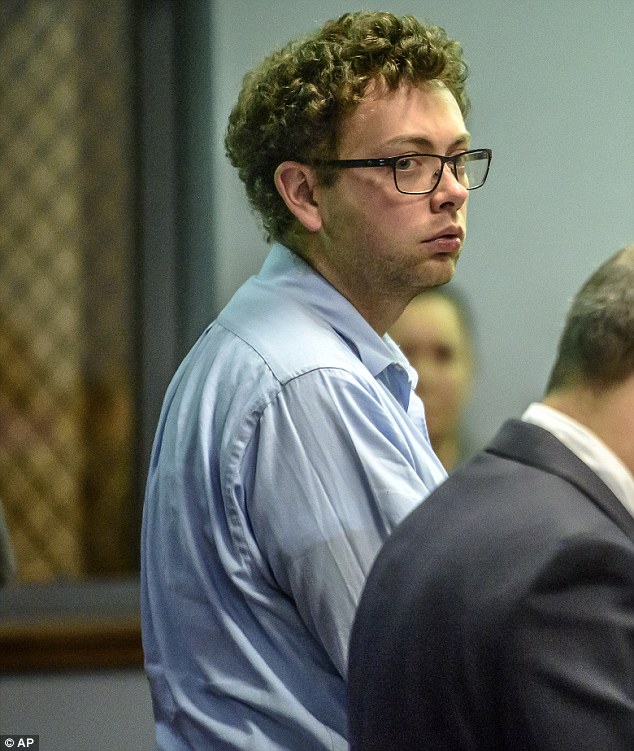 Leverett walked into a police station on Thursday night, almost four years after the killing, to confess to it. He was surrounded with people from his church. On Monday, he was arraigned on a single charge of murder (pictured)

Instead, he was put on the sex offender’s register and given probation. He moved to Connecticut in 2011.

The police department which handled his 2009 conviction would not share details of it on Tuesday. It remains unclear why he was not put behind bars.

On Monday, Leverett did not enter a plea. 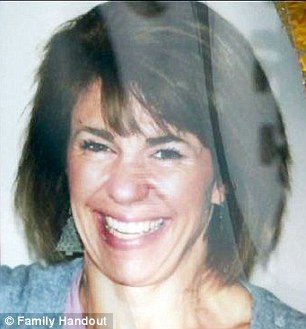 Millan was a divorced mother-of-two and an insurance executive. Her death remained unsolved for four yeara

The public defender representing him asked that he be put under a mental health watch.

Millan was divorced from her husband, William Hodkin, and had two children, who were 15 and 12 when she died.

She was a senior vice president at MassMutual Financial Group, a life insurance company.

The company released a statement that read: ‘Melissa Millan was an incredible person and outstanding leader, and we were fortunate to have her as a part of our MassMutual family for more than a decade.

‘We are encouraged to learn that there are developments in her case, and continue to keep Melissa and her family in our thoughts.’

Her family said: ‘The family, friends and coworkers of Melissa Millan are thankful for the outpouring of love and support we’ve received since Melissa’s death in November 2014. Melissa was a loving mother, a devoted daughter, a witty and compassionate sister, a loyal friend, an intelligent, successful businesswoman and mentor to many.

‘The arrest and arraignment of the suspect brings renewed grief, heartache and the knowledge that justice can never be served for the senseless act that robbed us of Melissa’s beautiful presence.

‘We extend our gratitude to the Simsbury Police Department and other participating law enforcement agencies for all of their work.

‘Now as we confront our individual and collective grief and sorrow, we humbly request respect for our privacy during this difficult and emotional time.’