Britain’s top taxman Jon Thompson, pictured, has been knighted in the New Year’s Honors’ List which was released last night

Britain’s top taxman has been handed a knighthood despite failing to crack down on foreign tech giants.

But critics said the body had provided appalling service to taxpayers, failed to put pressure on overseas firms who avoid paying tax and harassed small businesses. The top mandarin at the Ministry of Justice was also handed a knighthood despite the chaos in England and Wales’ jails. Other gongs in the New Year Honours were given to highly-paid university vice-chancellors and a string of high level Ministry of Defence officials responsible for procurement programmes that ran vastly over budget. Mr Thompson took charge of HMRC in 2016 and earns between £205,000 and £210,000 a year. On his watch, the organisation has been slammed for allowing foreign internet firms to use legal loopholes so they pay far less tax than bricks and mortar rivals.

Facebook paid just £15.8million in tax, despite recording record UK revenues of £1.3billion. Britain has also been accused of a light-touch approach with other foreign companies such as US firm Mondelez, which has paid no net tax at all in the eight years since it seized control of chocolate maker Cadbury.

Chloe Westley, of the TaxPayers’ Alliance, called the knighthood ‘over the top’, adding: ‘Are we really to believe that the nation’s top tax collector is the most worthy of recognition?’ Stuart Hosie, an SNP member of the Treasury select committee, added: ‘It might have made more sense to hold this so-called honour back until HMRC has managed to tax the tech giants properly.’

This month, peers criticised the taxman for pursuing tens of thousands of self-employed workers for tax avoidance rather than accountants who created loophole schemes. 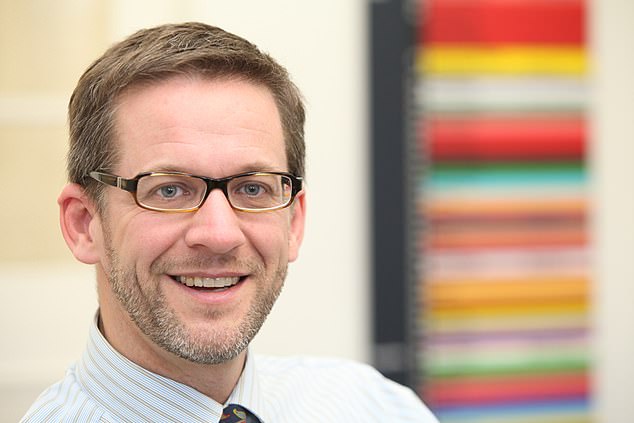 Richard Heaton, permanent secretary at the Ministry of Justice, has also been rewarded

And HMRC has suffered repeated bouts of chaos at its call centres. Mr Thompson, 53, started his career as an apprentice accountant for Norfolk County Council before joining the Civil Service in 2007. At the MoD, he oversaw deep cutbacks including a plan to axe 20,000 regular soldiers.

As permanent secretary at the Ministry of Justice, Richard Heaton is in charge of the crisis-hit prison system in England and Wales. His citation pointed to a new prison reforms. But the last three years have seen conditions in prisons deteriorate sharply amid a rise in violence, drugs and access to banned mobile phones. There were also honours for a number of university vice-chancellors who have been criticised for drawing bloated six-figure salaries. 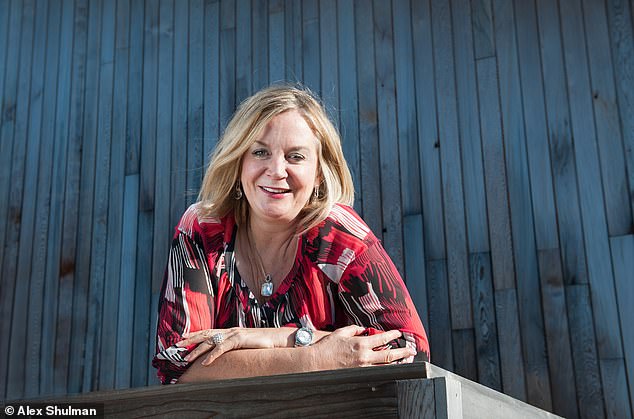 Anne Carlisle, vice-chancellor of Falmouth University, has received an OBE

The most controversial figure is Anne Carlisle, vice-chancellor of Falmouth University, who received an OBE. In 2016, she was blasted for taking a rise of almost £60,000 that took her pay to almost £300,000 even though the university is one of the country’s smallest, with only 4,200 students at the time.

Raymond Linforth, who earns £245,000 as the vice-chancellor of University College Birmingham – which was criticised for grade inflation after 36 per cent of students got firsts – was given an OBE.

Several senior MoD officials were also given gongs, including Timothy Dannatt, the head of acquisition for the project to build the Royal Navy’s Queen Elizabeth aircraft carriers.

HMRC last night said its latest tax take was a record £605billion, while there was a 10 per cent drop in the number of calls and the average waiting time was under five minutes.

The 999 and medical staff heroes who dealt with last year’s terror attacks in London and Manchester were given a total of 43 gongs.

They include OBEs for Joy Ongcachuy, a theatre nurse at Barts Hospital in London – who helped care for the injured after the Westminster Bridge and Borough Market attacks – and Paul Woodrow, director of operations at the London Ambulance Service.

Doctor Malik Ramadhan, who was in charge of A&E at the Royal London hospital in Whitechapel and operated through the night on 12 victims of the London Bridge terror attack, receives an OBE.

Peter Boorman, head of emergency response for NHS England in London, helped deal with the fallout from the Westminster and London Bridge attacks, the Grenfell Tower tragedy, the Wannacry cyber-attack on the health service and the Croydon tram crash in 2016. He gets an OBE.