This is the heartwarming moment a man opens his front door to be greeted by a gaze of raccoons that he then feeds breakfast cereal to.

The hilarious clip shows Jim Coniglione from upstate New York feeding the animals in his back garden.

Mr Coniglione, an actor from Glen Cove, New York, and owner of ‘Scoopy Doo’ a dog waste removal company lives behind a nature reserve so is use to seeing an array of wildlife in his garden.

He said ‘I took to feeding a raccoon who was in my backyard, and then another raccoon came along, and before you knew it, an army of raccoons was gathering on my back porch every night.

‘I feed them various delicious treats, like dog food, pancakes, cereal, dog or in this case, cookie crisps.

The video was originally filmed in December 2016, but has recently resurfaced online.

In the footage, Mr Congilione, who has starred in movies with  Adam Sandler and Chris Rock, Robert DeNiro and Al Pacino, says ‘Hey everybody, it’s Jim from ScoopyDoo. 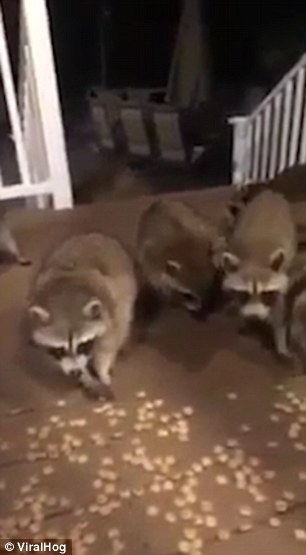 ‘Another warm day at the scoopy office but I’m coming home to feed my raccoons.

‘One of their favourite treats is what they call cookie crisp, check ’em out over here.

He then pans the camera to the cereal and opens the door to a gaze of raccoons at the front door.

When the raccoons get excited and squeal, Mr Congilione says ‘Ay, take it easy, everybody gets a cookie.

See, everybody eats over here!’

The footage has led to an outpouring of affection towards the actor online.

Fernando Mari iglesias said ‘I love this so sweet and nice man’.

Another said: ‘ That’s so dope! He gots his own Squad of raccoons! 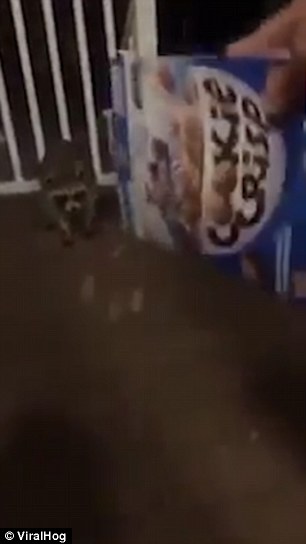 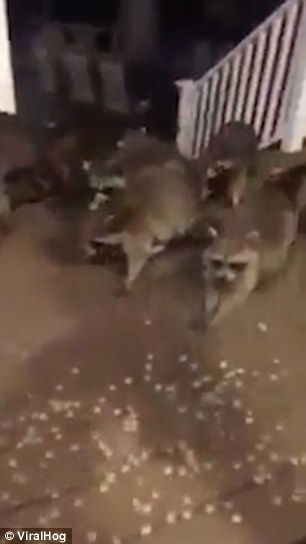 The actor, who has starred alongside huge Hollywood names, says the raccoons are ‘like family’