New York City may have undercounted COVID-19 cases by up to 300 percent during the early months of the pandemic, a new study finds.

Researchers at the University of Nicosia in Cyprus compared cases counts officially reported by the city’s health department between February 2020 and March 2021 with their own model simulating infection spread during spring 2021.

They found that with proper testing and contact tracing between March and April of 2020, as many as 40,000 cases should have been reported in single day compared to the official record-highs of 10,000.

The study, which was published Tuesday in Physics of Fluids, is part of a larger effort by scientists to truly understand how the pandemic, as it nears its end, took hold of the country’s first epicenter.

In late March and early April, the official case counts of COVID-19 were anywhere between 50% to 300% higher than official totals, as lack of testing and contact tracing led to many cases going unrecorded

‘We integrated a new physics-based relationship into a pandemic forecast model that accurately predicted, as it was later observed, a second COVID-19 pandemic wave within many cities around the world, including New York,’ said Dr Dimitris Drikakis, an author of the study and a professor at the University of Nicosia.

The team decided to investigate case counts after discovering that death rates in the first wave in early 2020 and the second wave in early 2021 were similar despite many more fatalities being recorded in 2021.

The model finds that New York, which was already famously hit very hard by the early stages of the pandemic, was actually worse than the grim numbers suggest.

The corrected first wave data finds that the most undercounted day in the pandemic was at the end of March, where estimated cases were 300 percent higher than officially recorded numbers.

According to the model, however, about 40,000 COVID-19 infections should have been reported.

Case rates remained undercounted by 50 to 250 percent all the way into May, when cases stabilized.

‘Within the city of New York, our work shows that the daily number of new infections reported during the first wave was underestimated by a factor of four,’ said Talib Dbouk, an author of the study and the director of research at the University.

‘So, the uncertainty of first-wave data mixed with second-wave data means the general conclusions drawn can be misleading, and everyone should be aware of this.’

Since the pandemic began in March 2020, nearly one million cases of COVID-19 have been recorded in New York City, and more than 33,000 deaths. 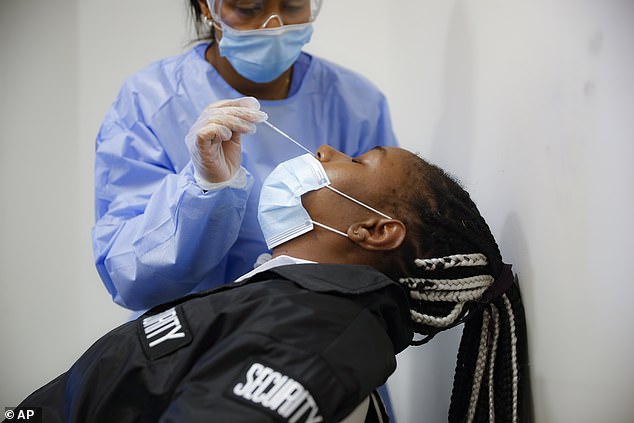 COVID-19 tests were tough to acquire early on in the pandemic, and many of them were inaccurate and unreliable

Many of the deaths came early on, when one of the world’s most densely populated cities were caught off guard by the intensely contagious virus.

A test shortage also led to many cases not being recorded.

Early in the pandemic, many medical facilities did not have the ability to test everyone who wanted to be tested, and some only ended up testing people with severe symptoms.

They recommended that others who believed they might have COVID to simply quarantine for two weeks.

Many of the available tests were also inaccurate.

Since then, it has been revealed that the Centers for Disease Control and Prevention (CDC) was aware that test were inaccurate to a degree that would usually make them unusable.

There was also limited contact tracing in the early weeks of the pandemic, meaning many people who were asymptomatic carriers may not have even known they were exposed to the virus.

New York City is not the only place where COVID stats were undercounted.

The World Health Organization (WHO) estimated that up to eight  million people around the world died from the pandemic by late May. 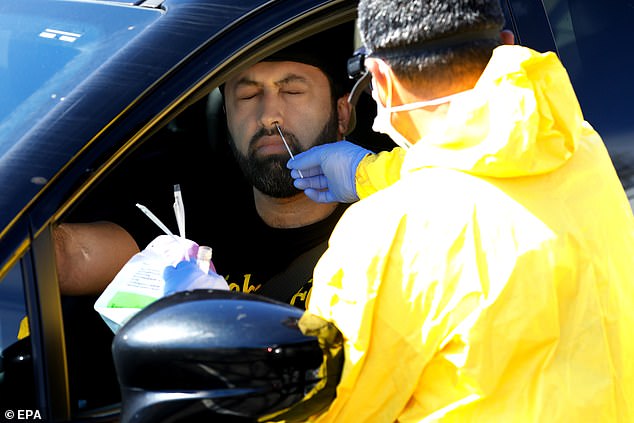 While testing is widely available in the United States now, the true case and death totals from the pandemic are still murky due to the troubles the country faced early on

At the time, the official worldwide death count was around 3.4 million.

The WHO cited the lack of reliable systems to log deaths in many countries, while in many cases people had died from COVID-19 before they had been tested for the virus.

WHO data analyst William Msemburi said the raised estimates included both unreported COVID-19 deaths as well as indirect deaths such as patients not seeking healthcare for other conditions due to the lack of hospital capacity and restrictions on movements, among other factors.

There ‘are the deaths that can be attributed to the difficult conditions that many people in the world are living under because of the pandemic,’ he said.

The socioeconomic toll of lockdowns and other measures has also lead to significant increases in depression, and the WHO said there were indications of growing suicide rates in some parts of the world.