New York City will have CHECKPOINTS into the city

De Blasio on Wednesday announcing the checkpoints. He has not though laid out where they will be or how he will enforce the quarantine once people pass them

New York City Mayor Bill de Blasio said on Wednesday he was introducing checkpoints at tunnels and bridges to trace travelers coming in from COVID-19 hotspot states and force them to quarantine, but failed to explain how he would enforce it.

At a press conference on Wednesday morning, de Blasoi sternly warned travelers that the law was ‘serious’ and that they could face a $10,000 fine if they do not self-isolate for 14 days once they arrive in the city.

The checkpoints will go up on Thursday but it remains unclear exactly where.

But de Blasio failed to explain how police or contact tracers would enforce the quarantine beyond asking them to fill out a form – found here- and simply be honest.

The form has up until now only been forced on people on planes. It does not ask for an address if the person’s final destination is not New York, and some travelers have anecdotally reported giving fake information once they get off flights from hot-spot cities like Miami once they arrive.

The tunnel and bridge checkpoints will be manned by members of the sheriff’s department, but it’s unclear what exactly they will ask when they stop a car, or if they will go beyond the questionnaire.

The questionnaire asks eight questions, including whether or not a person has been in one of the COVID-19 hotspot states recently.

It asks how the traveler is arriving in New York, giving a multiple choice answer, and for their flight details – including their seat number – if they’ve come by plane.

Crucially, when traveling by car, it asks if New York State is the traveler’s final destination.

If the traveler answers that it is not, they are not required to give an address.

If they answer that it is, they are.

It’s unclear how that address will be checked when the person fills out the form and hands it back to law enforcement.

When completing it online, a person can enter false information to reach the end and be given a clearance that they do not need to quarantine.

It tells them to show that declaration to a compliance officer if asked.

Sheriff Joseph Fucito said the checks would be random, with every sixth or eight car being checked at tunnels and bridges.

Travelers at train stations, it seems, will not be contacted by police but will rather be stopped by members of the city’s tracing corps.

On Wednesday, a member of that group said: ‘Tomorrow, we’ll be deploying our teams to stop travelers to ensure they’ve completed the form.

‘If they haven’t we have to complete it with them right then and there.

‘If we can’t get through to you on the phone, we’ll deploy teams to knock on your door.’

But it’s unclear what proof of address is required – if any.

‘We’re not going to be in every apartment,’ de Blasio admitted on Wednesday.

He added that the checkpoints are designed to ‘send a powerful message’.

‘Even if we’re not able to reach every single person it’s going to get the message across,’ he said. 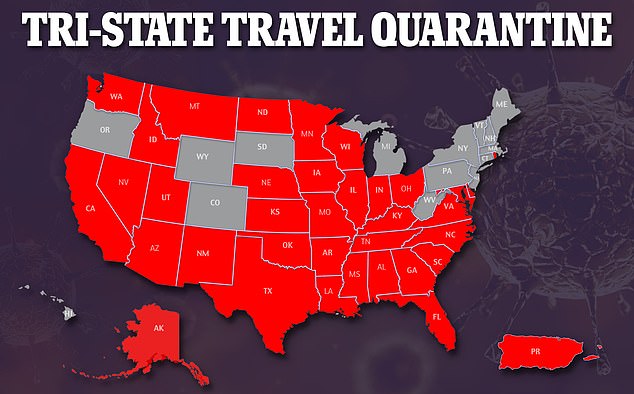 Thirty-five states are currently on the quarantine list meaning if people enter New York, Connecticut or New Jersey from them, they have to quarantine 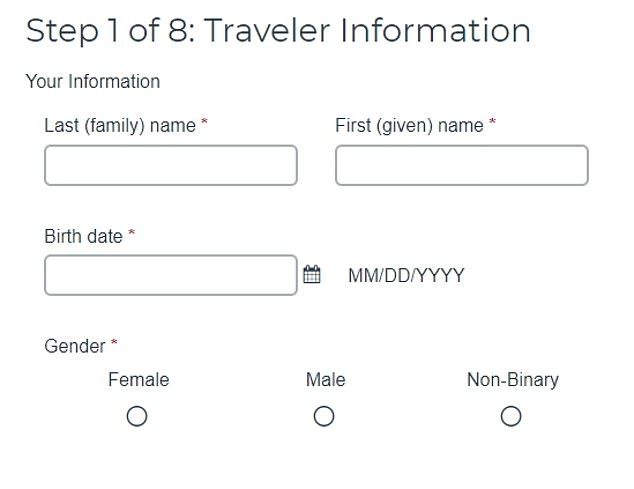 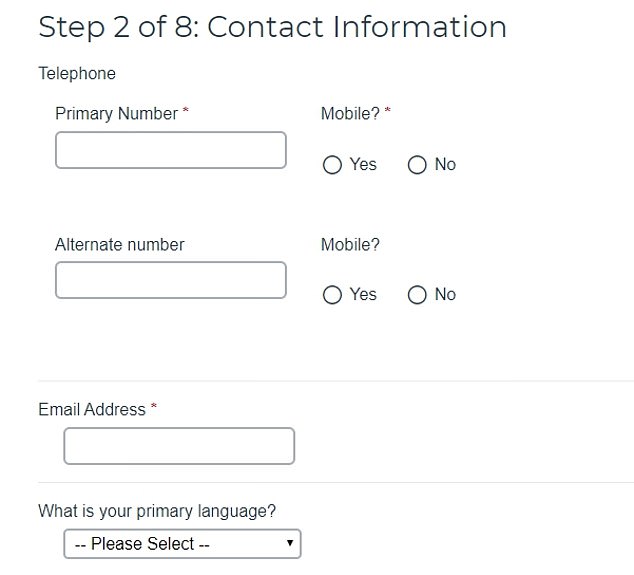 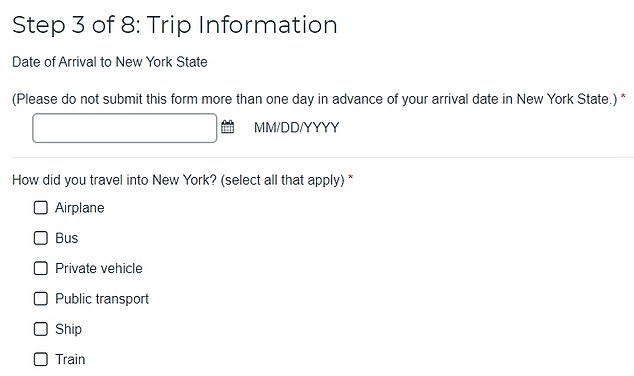 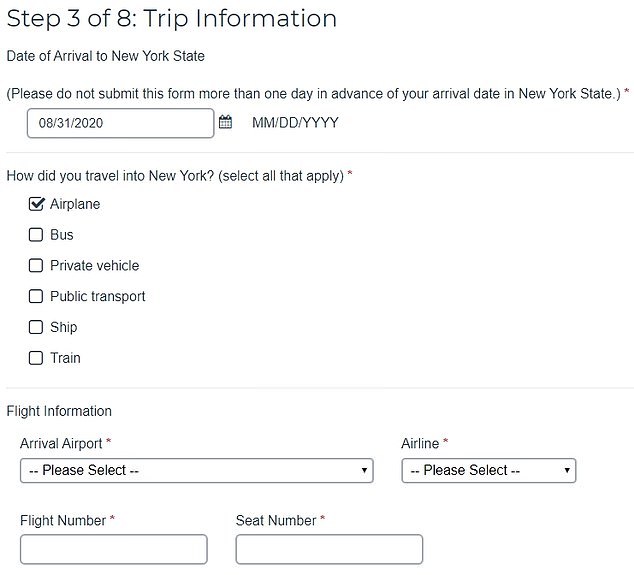 This is the form that travelers are asked to complete when they enter the state. If they say that New York is not their final destination, they told they do not need to quarantine. They also don’t have to give an address

The reaction was largely negative, with many saying the checkpoints were a breach of civil liberties.

Others demanded that de Blasio focus more on the escalating crime in the city – that is arguably keeping many of its wealthiest residents at bay.

His checkpoint announcement came as the governor begged wealthy New Yorkers to return to the city to save its tax base.

At a press conference on interview on Tuesday, he said of the wealthiest residents who have long left the city: ‘They are in their Hamptons homes, or Hudson Valley or Connecticut.

‘I talk to them literally every day. I say. “When are you coming back? I’ll buy you a drink. I’ll cook. 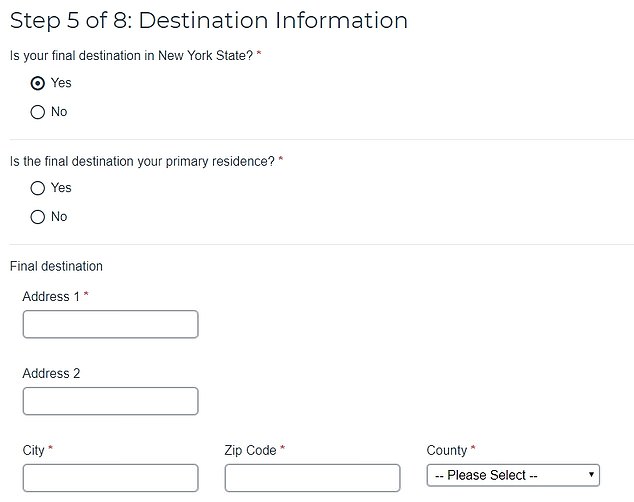 If New York is the final destination, travelers have to give an address and their phone number and consent to ‘daily texts’. It’s unclear what those texts say but if they do not respond to them, the testing and tracing corps say they’ll go to the person’s address to check on them

‘They’re not coming back right now. And you know what else they’re thinking, if I stay there, they pay a lower income tax because they don’t pay the New York City surcharge.

It is not unusual for Manhattan to clear out for the month of August, when temperatures between the skyscrapers soar and send many fleeing to Long Island’s beaches or further afield.

But this summer, with the ongoing lack of appeal in the city, the likelihood that people will come back in the fall is shrinking.

What is making matters worse are the increasing calls from other lawmakers to boost taxes on the city’s highest earners to try to plug the $30billion deficit that was left by the pandemic.

Cuomo said he is resisting the idea, that will send the already transient group of taxpayers running for the hills.

After his announcement on Wednesday, de Blasio was with with a wave of criticism. 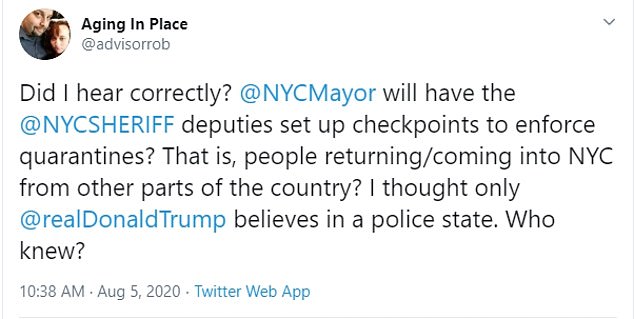