New York coronavirus hospitalizations fall to ‘all time low’ of 154 in a day with 58 dead as two counties head to phase 2 of reopening and NYC is on track to ease lockdowns next week after more than 24,000 have died in the state

New York new coronavirus hospitalizations have fallen to ‘all time low’ of 154 in a day and a death toll of 58, it was announced Tuesday.

Governor Andrew Cuomo released the figures ahead of the Albany and Buffalo areas heading to phase 2 of their reopening plan.

New York City is set to begin phasing in economic activity June 8. There has been increasing calls to reopen the city after 12 weeks of brutal lockdown.

Gov Cuomo said Tuesday: ‘We have more good news today. The number of new covid cases walking in the door is at an all time low of 154.

‘Congratulations to the people of New York, look at what you did. Look at the progress. The number of deaths is just about as low as we have seen it.’

Phase one lets all retail resume on a curbside basis and also gets manufacturing and construction employees back to work.

In New York City bars and restaurants shut down on March 16; all non-essential businesses closed four days later on March 20.

By June 8, it will have been completely closed for nearly 12 weeks.

Cuomo spent the majority of his briefing addressing protests in the state at the death of George Floyd during his arrest in Minneapolis on Memorial Day.

Statewide hospitalization rates have been ticking down for weeks and the daily death toll has gone from almost 800 in early April to 54 on Sunday.

More than 24,000 people in New York have died from coronvirus since the start of the outbreak, according to state figures. There are more than 371, 000 confirmed cases.

In New York City, the epicenter of the outbreak, the confirmed death toll stand at more than 16,000 people with more than 4,700 probable deaths.

Areas of the state outside of NYC have already begun phasing in economic activity.

Western New York, including Buffalo, was able to reopen hair salons, retail shops and offices on Tuesday under strict guidelines.

Albany and the surrounding region could follow Buffalo into ‘phase two’ on Wednesday, Cuomo said.

The Albany and Buffalo areas are currently in the first phase of reopening, which allows manufacturers to bring employees back and lets retailers operate with only curbside pickup.

On Monday Cuomo announced the lowest rate of positive test results since the pandemic began.

‘The whole closure period has been about 93 days – albeit a disruptive 93 days. But look at what we did in 93 days. We went from the worst situation on the globe to actually reopening.

‘That’s where we are. We should be very proud of what we’ve done.’

If the metrics hold, restaurants in NYC will start allowing dine-in services again on July 6. The final phase is to let entertainment and recreational businesses like gyms and movie theaters return.

That would commence on July 20 if the government enforces two week breaks between each phase which is the model that’s been followed so far. 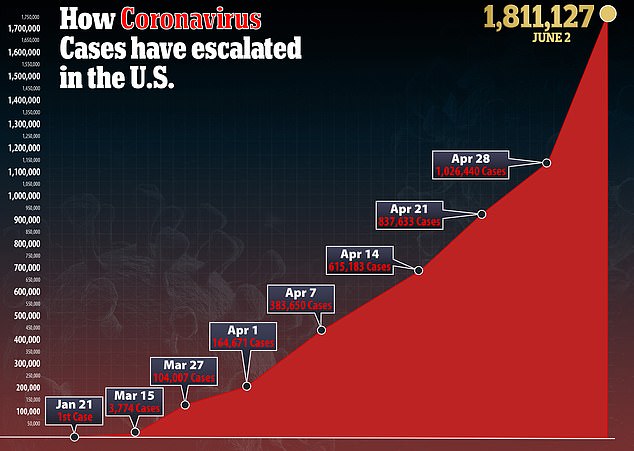 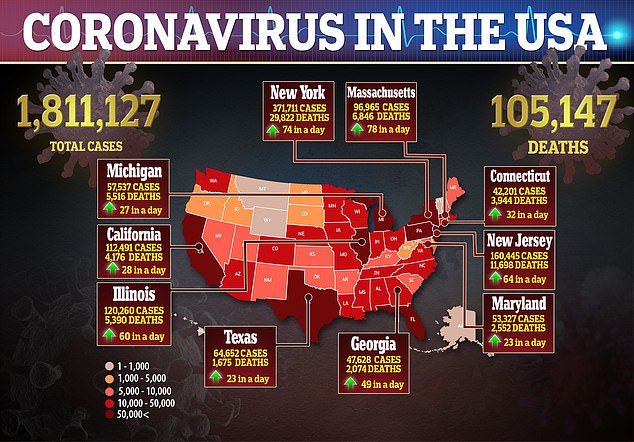