An 11-year-old girl who jumped off a 16-story building to her death in New York City posted about the suicide plan on Snapchat just before, sources say.

Jashya Williams was found on the ground outside her building in East Harlem on Thursday evening and pronounced dead at a nearby hospital.

‘She put it on Snapchat that she wanted to kill herself,’ family friend Jessica Starks, 24, told the New York Daily News.

Two of the fifth-grader’s friends have said Jashya was being teased at school.

Police say Jashya Williams, 11, posted a video about her plan to commit suicide on Snapchat just before she jumped off a 16-story building to her death in New York City on Thursday

Security video shows Jaysha climbing the stairs of the apartment building and opening the door to the roof at around 5.30pm Thursday. There were no cameras on the roof.

Milady Sanchez, 52, told the Daily News she had known the 11-year-old for years.

‘I knew her when she was young. She came out like usual and walked her dog,’ Sanchez said.

‘I was over there, selling water, when I heard a loud boom. A loud boom. And I thought oh my god look at what happened.’

Relatives of Jaysha including her mother Princess Williams declined to comment. 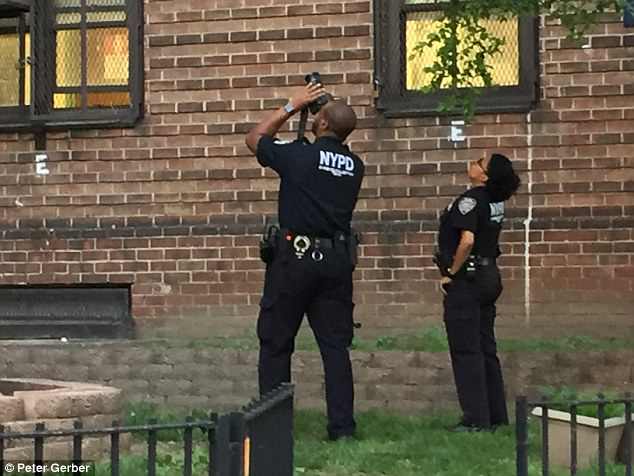 Police say security footage shows Jashya going to the roof at around 5.30pm on Thursday