New York lottery winners Lewis Eisenberg and Curtis Sharp Jr have gone from rags to riches, and back to rags, over the past four decades.

But despite frittering away their millions on bad investments, casinos, alimony payments and luxury cars, the pair have managed to hold onto their friendship.

‘In the end, I’ve got him, he’s got me, but neither of us have any more money,’ Eisenberg, now aged 90, told the New York Post.

We’re in the money! Lewis ‘Lou’ Eisenberg and Curtis Sharp Jr emerged as celebrities in the early 1980s after they each won $5million from the New York Lottery just a year apart 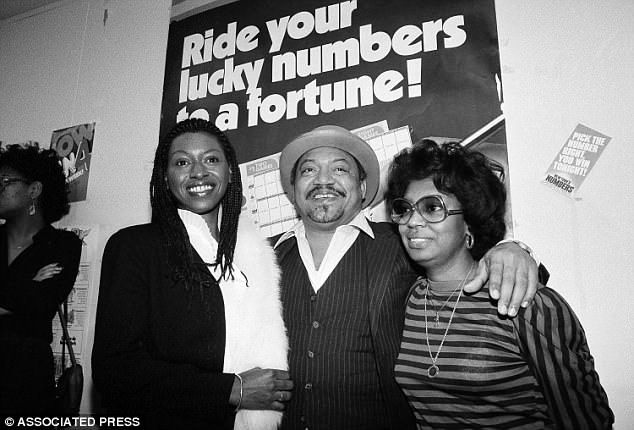 Ladies’ man: Sharp made headlines in 1982 when he appeared at a lottery event accompanied by both his wife (right) and his girlfriend (left) 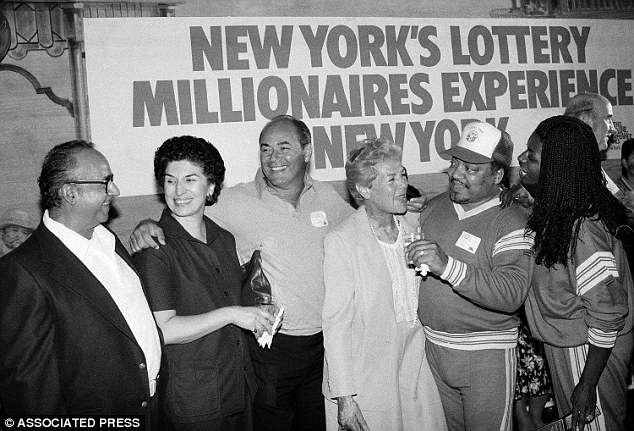 A friendship is born: Eisenberg (third from the left) met Sharp (second from the right) at a lottery event, and the two have been friends ever since

Eisenberg was 53 years old, living in the Brighton Beach section of Brooklyn and working as a light bulb changer when he won $5million from the New York Lottery in 1981 – a record amount at the time.

He quickly quit his $225-a-week job and went on to become a minor celebrity, with appearances on The Tonight Show Starring Johnny Carson and at local events.

A year later, Eisenberg, now known by the moniker ‘Lucky Lou,’ was invited by New York Lottery officials to a jackpot party they were hosting in honor of the latest winner, Curtis Sharp Jr.

Back then Sharp was living in Newark, New Jersey, and working as a maintenance man with a weekly salary of $300 per week.

He made headlines when he arrived at the lottery celebration wearing his signature bowler hat, with his wife, Barbara, on one arm, and his girlfriend Jacqueline Bernabela on the other.

‘I liked him because he reminded me of me!’ Eisenberg said as he recalled seeing Sharp for the first time. ‘He was dressed to the nines and came in singing a song.’

During their shared 15 minutes of fame, the two friends appeared in a handful of TV commercials and posters advertising the New York Lottery. 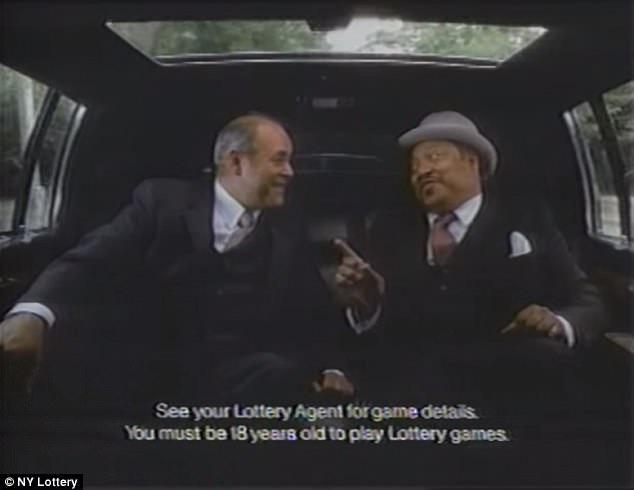 Dressed to the nines: At the height of their fame, the duo appeared in this famous commercial shot in the back of a limo

In one famous TV spot from 1985, the duo of winners are seen riding in the back of a stretch limousine and pulling up to a hot dog cart for a snack, with Sharp sticking his head out of the sun roof to tell the vendor not to be ‘stingy with the mustard.’

Eisenberg got to rub shoulders with A-listers like Tony Bennet and Oprah Winfrey, while his friend spent time with Andy Warhol and Dallas star Larry Hagman.

But even after the hype around them had died down, Sharp and Eisenberg continue meeting up and talking on the phone.

Besides being lottery winners, the pair had something else in common: both had a penchant for living large without thinking about the next day.

Eisenberg had a gambling habit that took him to Paris and Las Vegas. He was also settled with alimony payments from two divorces, which were eating away at his prize money. And when friends and neighbors came asking for cash, he was happy to oblige.

Sharp’s life mirrored that of his friend: multiple divorces, gambling, a taste for expensive cars and his largesse towards friends and charity organizations were quickly eroding his fortune. 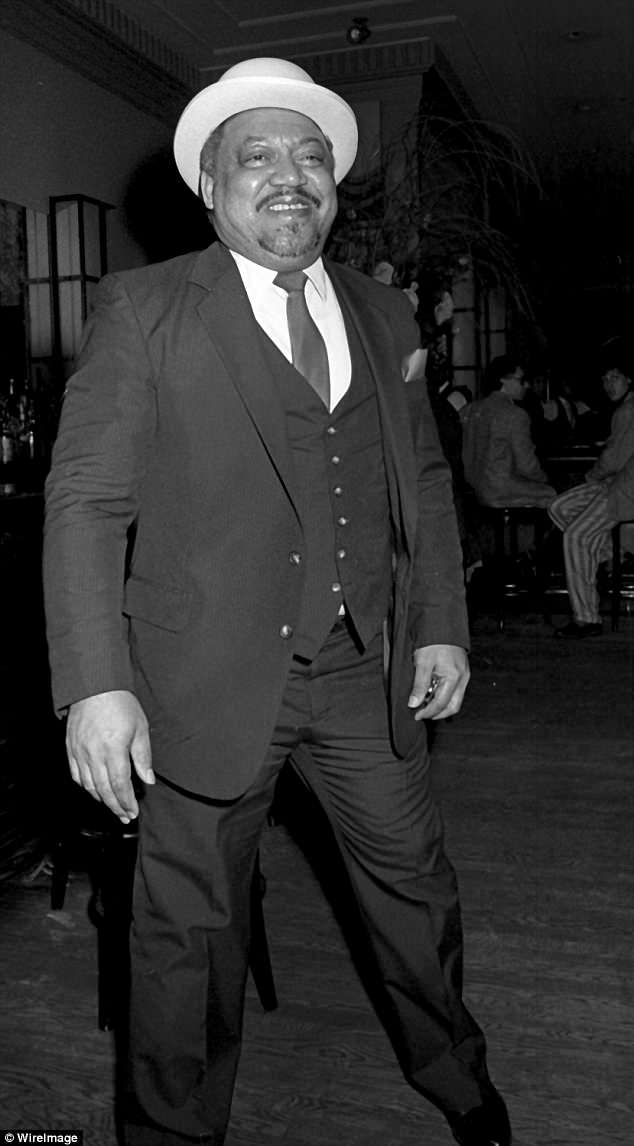 Rise and fall: Sharp eventually spent all of his money and now lives in Tennessee and works as a minister

His first major purchase after hitting the jackpot was a 1983 Cadillac Fleetwood, for which he paid $60,000, he told the New York Daily News in 2009.

‘It came in, it went out,’ he said of his millions.

The reason Eisenberg and Sharp felt comfortable squandering their winnings was that neither one thought he would live into old age, so they did not bother saving anything for their retirement.

But they lived on. Their money, though, did not last.

After receiving his final instalment from the lottery in 2001, Eisenberg temporarily moved into a mobile home.

He currently lives in the Florida home of his late aunt and scrapes by on $1,800 a month in pension and Social Security payments.

Sharp, who is now 80 years old, lives in Antioch, Tennessee, where he serves as a Baptist preacher working with prison inmates.

After spending every dime of his windfall, Sharp has to make do with $2,600 a month. Despite his financial constraints, he still donates money to charity.

In an interview a few years ago, Sharp offered some words of wisdom to future lottery winners: ‘Get yourself a lawyer before a Cadillac.’

When Eisenberg turned 90 in April, Sharp traveled to Florida to celebrate with his friend and brought him the perfect gift: $15 worth of lottery tickets.