New York man hit with $650,000 in medical bills after back surgery to save him from paralysis

A New York man was charged more than $650,000 in medical bills for back surgery to save him from paralysis.

In March 2018, Frank Esposito, from Long Island, was experiencing back pain that was so severe he was having trouble moving.

He underwent an MRI that showed a herniated disc in his spine and he was told to immediately get himself to the nearest hospital, reported CBS This Morning.

It was in the emergency room that doctors told the tool and die maker that if he didn’t undergo surgery, he could be paralyzed for the rest of his life. 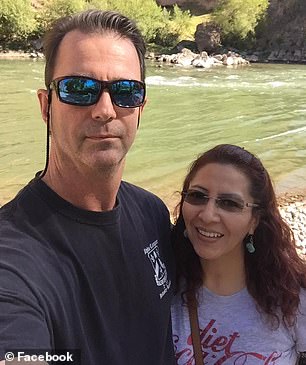 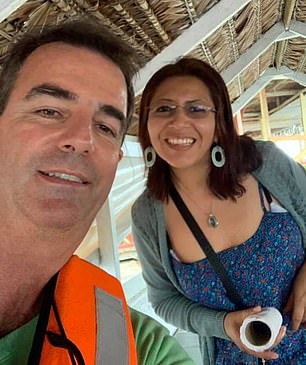 The MRI showed that Esposito had a herniated disc, and he was told to get himself to a hospital immediately. Doctors told him he needed surgery right away or risk becoming permanently. Pictured, left and right: Esposito with his wife

‘The herniation was so severe that it could have severed my nerve in half,’ Esposito told CBS This Morning of his back pain.

In May 2018, Esposito underwent a spinal fusion, which stabilizes the spine after a herniated disc is removed, and it was a success.

But his insurance company, Oxford United Healthcare, told him that his back operation was not an emergency nor medically necessary.

Esposito argues that he didn’t have any other option but to undergo the surgery.

‘What was my choice? Just be paralyzed for the rest of my life?’ he told CBS This Morning.

‘Then to get these bills that were so overwhelming. You say: “This can’t be real, I mean, I really don’t have to pay this. How am I gonna pay this?” And you sit there and you start crying [because] you don’t know what you’re gonna do.’

While the cost of herniated disc surgery depends on several factors, CostHelper estimated the bill to be between $20,000 and $50,000.

This includes the surgeon’s fee, anesthesiologist’s fee, facility fee and pain medication after the operation.

‘I just had visions of losing everything I’ve ever worked for, visions of being out in the street, living in a room somewhere,’ Esposito said.

‘I couldn’t see…having to lose everything because I thought I was going to be covered by my insurance.’ 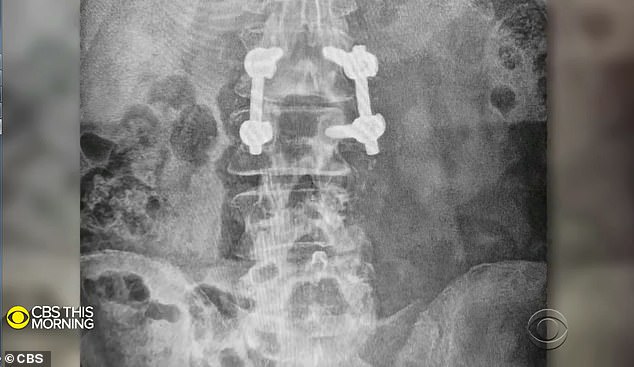 The spinal fusion surgery was successful but his insurance company sent him more than $650,000 in medical bills. Pictured: An X-ray of Esposito’s spine 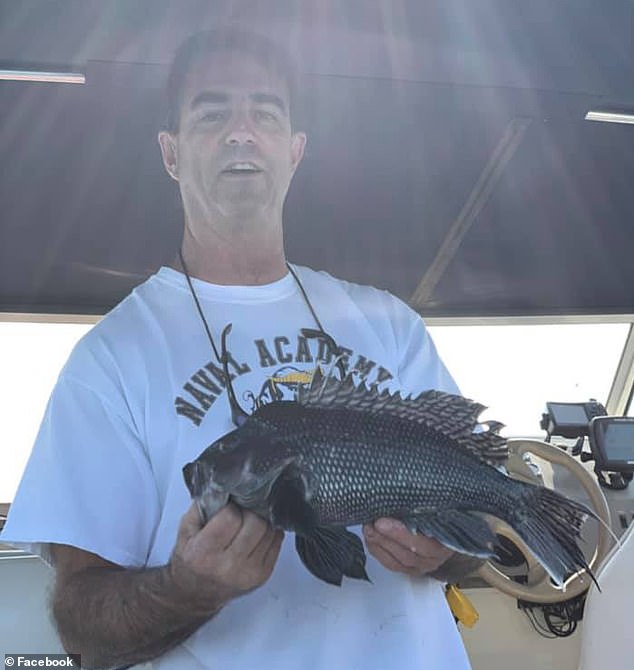 Esposito told CBS This Morning that he has already paid $49,000 using money from his retirement savings account.

He hired a company to help negotiate the bills with Oxford United Healthcare, which did cover some of the cost.

But he still has an outstanding balance of $220,000 and says he doesn’t know how he’ll pay it.