The shocking allegations surfaced on Monday when sources claimed the workers would engage in wild, boozy sex parties inside offices, the groundskeepers shop and empty apartments of the Throggs Neck Houses, according to the New York Post.

Housing Authority spokeswoman Robin Levine said the employees were moved from the Bronx development due to ‘management and performance issues’ as well as ‘troubling allegations of misconduct’.

She did not elaborate, but the president of the Throggs Neck Houses tenant association, Monique Johnson, alleges employees sometimes got paid overtime while having sex.

‘There was a lot of people included,’ Johnson told The Post. ‘Supervisors were allegedly having sexual relations with caretakers. There was drinking and sexual acts going on…More playing, and less working.’

Johnson she now understands ‘why work wasn’t getting done’. 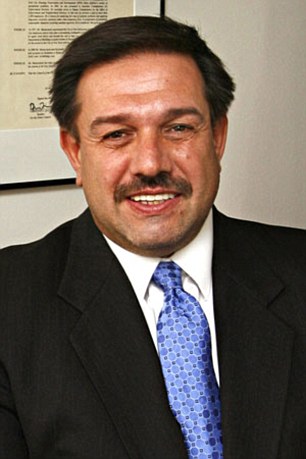 Levine declined to say whether there’s a sexual harassment investigation.

But despite the allegations, none of the workers have been fired from their positions.

Instead they were reassigned.

NYCHA General Manager Vito Mustaciuolo ordered the Throggs Neck staff off the premises on Friday, according to The Post.

The employees were sent to other NYCHA complexes around the city.

‘In light of @NYCHA staffers being relocated to other facilities, concerned those tenants could be subject to the same abuses & conditions,’ Gjonaj tweeted Tuesday morning.

He followed that tweet with another, saying ‘all those involved in @NYCHA #ThroggsNeckHouses should be held accountable!’

The development near the Trump Golf Links includes 29 buildings with about 2,500 residents.