Despite being in a much better position in the table than they were a year ago today, New York Red Bulls manager Gerhard Struber is telling fans to not get ahead of themselves.

Supporters of a team desperate for a cup to call their own were outraged following comments Struber made Friday during a press conference.

Per SB Nation’s Ben Cork, Struber told fans that he knows how they were in the mood for a trophy, but says the young team is ‘not ready to provide a big performance yet’.

Struber also added he hopes fans see the ‘big picture’ and support the team currently sitting 6th in the race for the Supporters Shield.

This seems odd to say, considering that at the start of July, this Red Bulls team was top of the Eastern Conference.

However, ever since taking 1st, RBNY have won only one game in MLS play, drawing one and losing the Hudson River Derby to New York City FC.

Even still, the team currently sits nine points behind the leaders in the Eastern Conference and 12 points back in the race for the Supporters Shield with 12 matches to go in the season.

Three recent matches have defined what fans see as tactical inferiority from the management.

In their most recent league win against Austin FC, the Red Bulls went up 4-1 down in Texas, but allowed Austin to climb back to make it a 4-3 game.

On Tuesday, against a Colorado Rapids side that hadn’t won an away game up to that point, RBNY went into the half up 3-2.

They let the lead slip by conceding three goals in the final 15 minutes to lose the match 5-4. 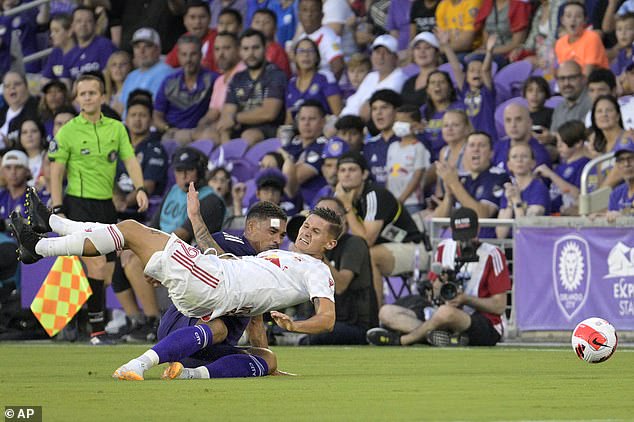 The Red Bulls collapsed against Orlando City in the U.S. Open Cup semifinals

But the greatest embarrassment came in the semifinals of the U.S. Open Cup, against an Orlando City side the Red Bulls handled 3-0 away back in April.

After going up 1-0 in stoppage time of the first half, RBNY conceded five unanswered goals in a match that saw the Lions move on to their first U.S. Open Cup final to play against the USL’s Sacramento Republic FC.

Had RBNY won, they would have hosted the match, marking the first cup final at Red Bull Arena.

After Struber’s words on Friday, fans took to Twitter expressing their frustration.

The Red Bulls can begin to pick up the pieces this Saturday in a rivalry game against DC United.

August could prove to be an important time for the Metro to pickup points, as only two teams they play are in MLS Cup playoff spots.

They also have rivalry games between Philadelphia, New England, and NYCFC to play before the season ends. 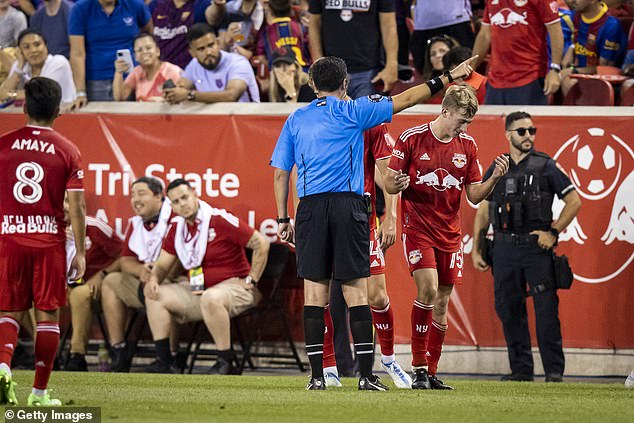