New York had 918 new cases of coronavirus confirmed on Thursday, the governor announced on Friday, in what he said was ‘a reminder that the virus is still here’.

The grim new tally was the first time that new infections were above 900 since June 12.

Andrew Cuomo, the governor, said the latest data should act as a warning for all.

Andrew Cuomo, the governor of New York, announced on Friday the new tally of cases 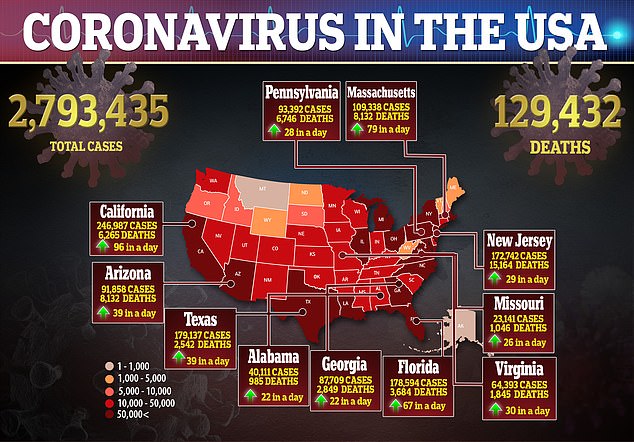 There are as of July 4 more than 2.7 million cases of coronavirus in the United States

‘The more than 900 new cases in New York yesterday, while representing just 1.38% of tests, is a reminder that the virus is still here,’ he said.

He also urged all New Yorkers to continue taking precautions against the virus, such as washing hands frequently, avoiding crowds and wearing a face mask.

‘I cannot repeat enough that our actions today — those of individuals being smart and following all precautions, and local governments enforcing the state’s guidelines — will determine which direction these numbers go,’ he added.

The percentage of New York state residents who have tested positive for COVID-19 each day has hovered around 1% to 2% over the past week, despite concerns that protests last month over the death of George Floyd might have fueled a new surge.

More than 24,800 people with COVID-19 have died in New York hospitals and nursing homes since the first deaths were reported in March. 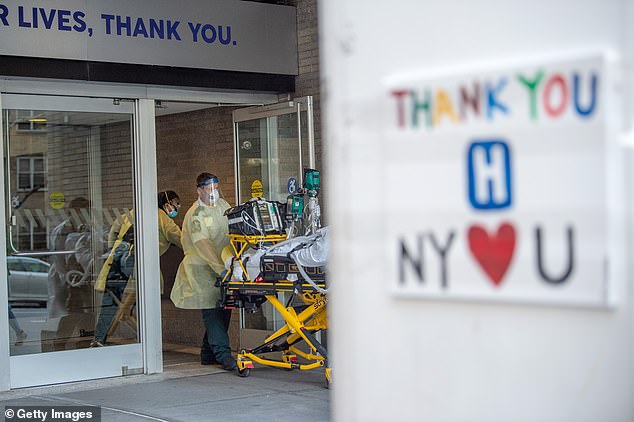 New York has lost more than 24,000 people to COVID-19 since the outbreak begun in March 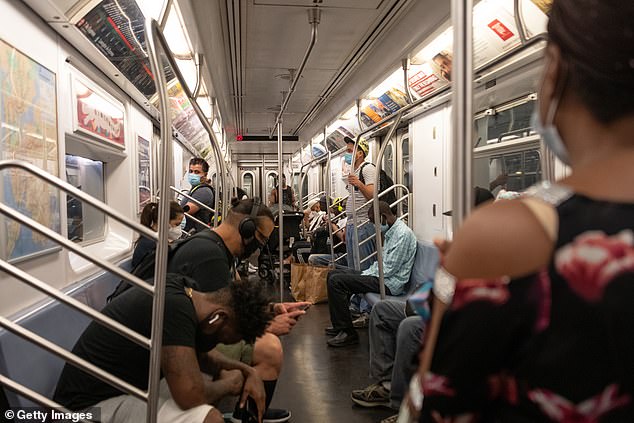 New Yorkers are urged to wear face masks in public places, such as on the subway

The state was by far the hardest-hit in the United States.

New York’s tally came as 40 states across the country reported a rise in the number of infections.

Florida, California, Arizona and Texas are now battling a surge in the virus, and two counties in Texas have said their hospitals are at full capacity.

Patients in the Rio Grande Valley, in Starr and Hidalgo counties, have been warned to stay at home as the outbreak overwhelms the local hospitals.

Judge Eloy Vera said there have been 18 deaths in Starr County due to Covid-19 and two severely ill patients had to be flown out of the area for treatment.

One of the patients was taken to San Antonio and the other to Dallas, the judge said.

‘The local and valley hospitals are at full capacity and have no more beds available,’ he said.

‘I urge all of our residents to please shelter-in-place, wear face coverings, practice social distancing and AVOID GATHERINGS.’ 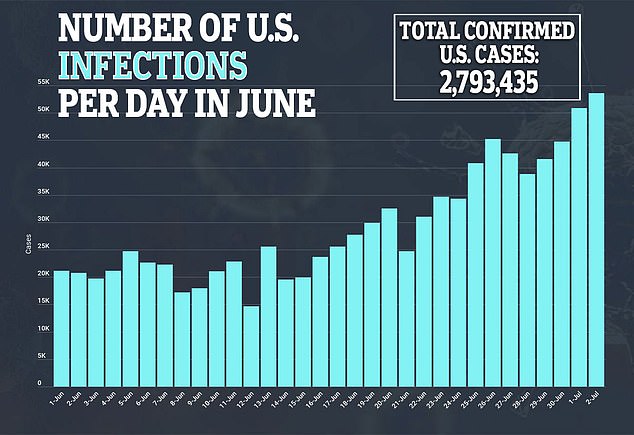 The number of infections has risen dramatically in June, meaning the pandemic is yet to peak