A New Zealand mum has captured the heartwarming moment she surprised her young son with a dream holiday for his terminally-ill baby brother.

Eleven-year-old Alize was given the ‘biggest surprise of his life’ on Tuesday after learning he had won a trip to the Gold Coast sponsored by radio station More FM’s Jingle Bail.

The annual charity event raises money for seriously ill or disabled children while allowing parents to nominate ‘deserving’ kids, such as those with sick siblings, for a chance to win a week-long holiday.

In a video shared by his mum on Facebook, Alize is seen listening to the car radio when he suddenly hears his grandmother’s voice. 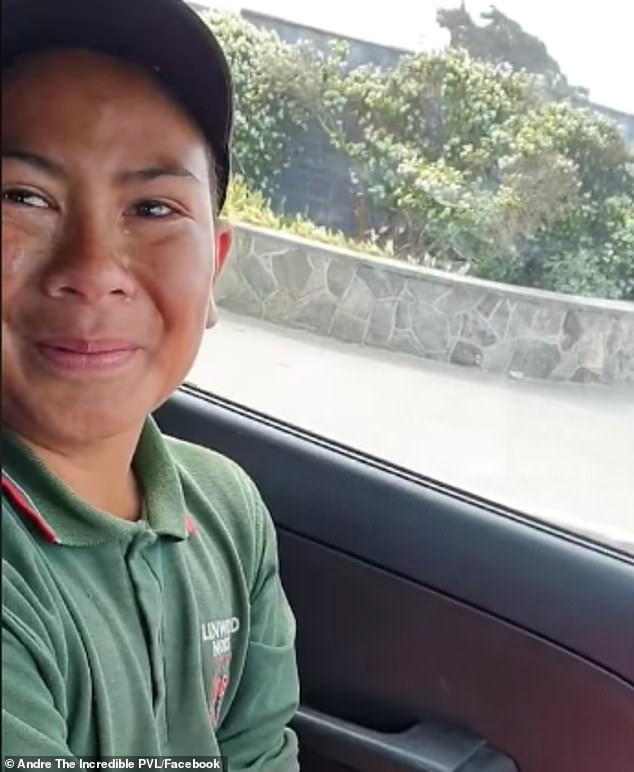 After hearing he has won a free trip, he then looks up to his mum who confirms he’s going to Australia, and he bursts into tears

The grandmum, named Vicky, tells radio hosts she wants to nominate Alize for being an ‘amazing’ older brother to three-year-old Andre, who suffers from periventricular leukomalacia (PVL).

The condition, found most commonly in premature infants, is a type of brain injury in which dead tissue create ‘holes in the brain’.

Vicky explains Andre cannot speak or see, but is ‘the happiest little guy you’ll ever meet.’

‘[Alize] is amazing. He is the older brother of a little guy who has severe brain damage and Alize, he just does everything that needs to be done without asking,’ she says.

‘He is Andre’s guardian angel.’

She goes on to say that the trip would be ‘incredible’ for Alize, who deserves a special time.

‘Well he’s gonna get it, because we are going to put him on that plane with the rest of those kids with Koru Care New Zealand and send him to the Gold Coast for more fun that he’s ever had,’ the radio host says.

The young boy then looks up to his mum who confirms he’s going to Australia, and he bursts into tears. 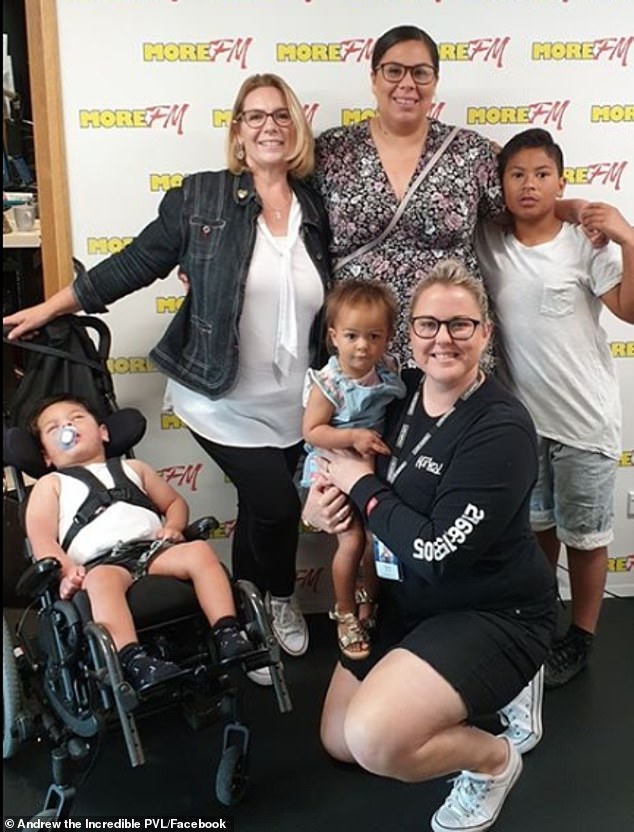 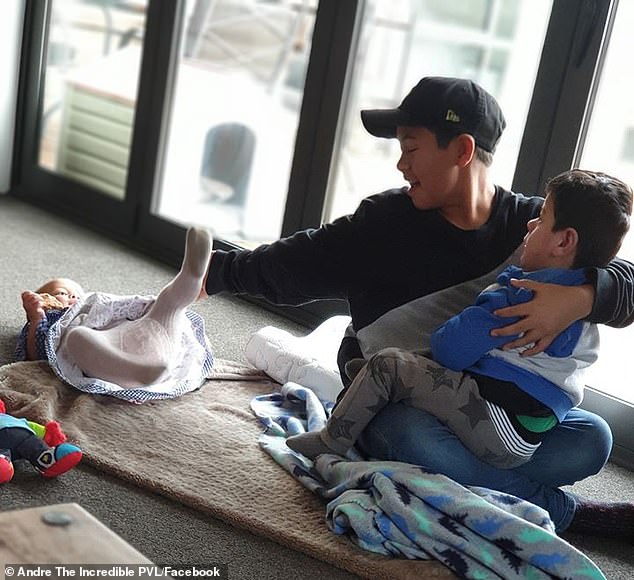 When asked if he’s excited, he tearfully replies: ‘I don’t know….I’m feeling a lot.

‘I can’t believe it, I want to say thank you to Nana.’

The video was uploaded on the little boy’s Facebook page called, Andre The Incredible PVL, and has since amassed two million views.

Speaking to New Zealand’s The Project a few days later, Alize explained his love for his little brother.

‘I love him with all my heart,’ he said.

The boys’ mum revealed she has been flooded with messages of love and support and has asked for the public to donate to the charity to help other disadvantage children. 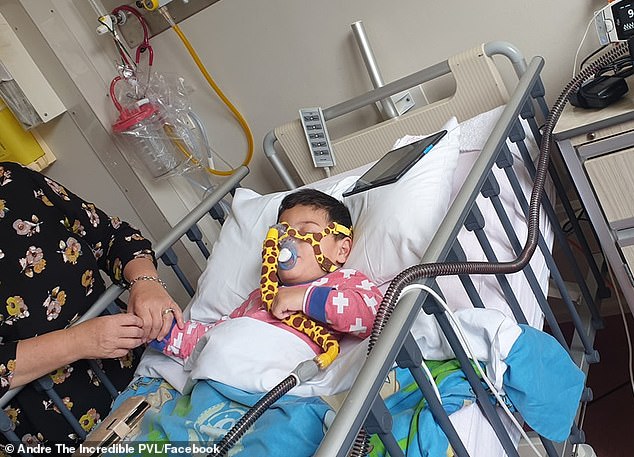 ‘I just want to thank EVERYONE for your support, your amazing comments and sharing so much love and emotions with us! Alize’s feeling so loved and on top of the world!’ she said in a Facebook post.

‘We have been so overwhelmed with whats been happening lately that its been hard to actually give everyone a true insight to Alize and who he is.

‘Alize had to learn how to become resilient, brave, confident, social and independent at a very young age because all he had in his earlier years was just me (his mum).

‘I’ve always encouraged Alize to do everything and anything and never told him he couldn’t do anything, his dreams were possible. Hes always had the mindset anything is possible, so it takes this kid a lot to actually give up.’

More FM’s Jay-Jay and Flynny will kick off the fundraiser on December 2, and will be locked in a ‘jail cell’, until enough money is raised for the trip.