New Zealand – home to breathtaking scenery, majestic mountains, pristine lakes and a fence situated in a rural part of the South Island made entirely of bras.

The fence, nestled deep within the Cardrona Valley, has been in the area for close to 20 years now, is considered an icon by locals and visitors alike.

It currently borders the entrance to The Cardrona Horse Trekking and Quad Biking and the Cardrona Distillery – just off the main road.

‘Bradrona’ – as the destination is now known – has also become an incredibly popular tourist spot, with many stopping to take snaps, donate a few dollars, and occasionally leave a bra.

‘Bradrona’ sits nestled within the Cardrona Valley. Over the past 20 years it’s become an incredibly popular tourist destination 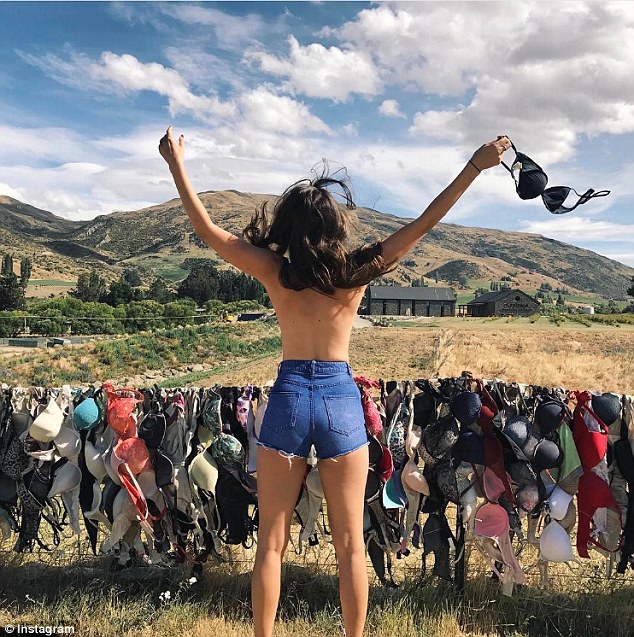 Visitors to Bradrona will stop to take snaps, donate a few dollars, and occasionally leave a bra

Over the past year, visitors and donations have mounted up and Bradrona has given nearly NZD $40,000 to Breast Cancer.

Speaking to Daily Mail Australia, Kelly Spaans from The Cardrona – and one of the fence’s guardians – said the bra fence wasn’t always so welcome in the valley.

She explained the now-legendary fence first started as a bit of a lark after one New Year’s Eve, with a few women in the area leaving their bras on it on their way home from the local pub. 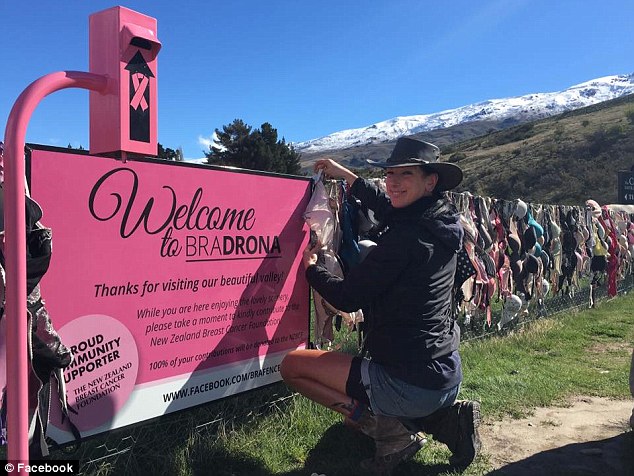 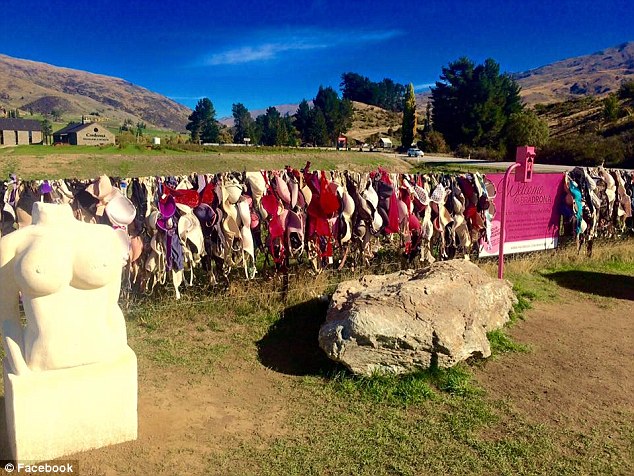 The fence sports around 1,000 bras which occasionally need to be ‘trimmed’

Over time, women passing through the area started leaving their bras too, but not all members of the community were happy with the underwear additions.

‘There’s always been some residents who’ve felt the collection of bras cheapened the area, making it look a bit tacky, so every now and then the bras would be removed in the middle of the night by a person who became fondly known as the “bra thief”.’ 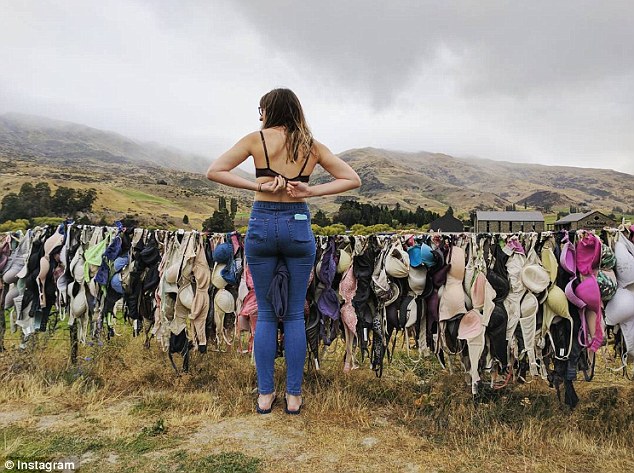 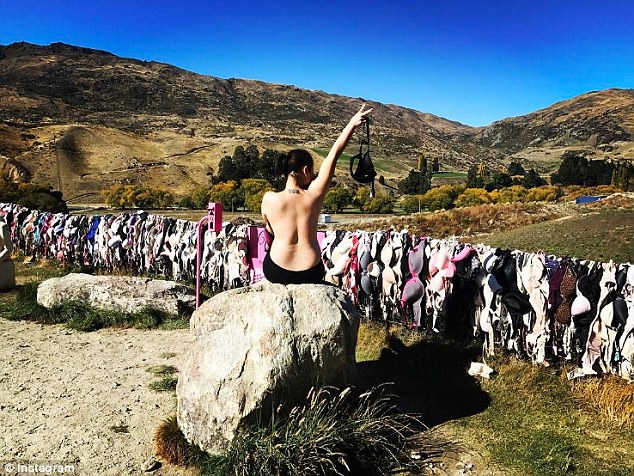 Although the bra fence would start up again, the “bra thief” would strike and remove them. This went on for a while, in the end attracting the attention of the world media, Ms Spaans explained.

In the last few years, the bra fence has been given a new home – it now runs the length of The Cardrona driveway and borders a local distillery.

Ms Spaans, along with Sean Colbourne take care of the heavily-laden fence (current estimated at around 1,000 bras), which also sports a donation box that raises money for breast cancer awareness. 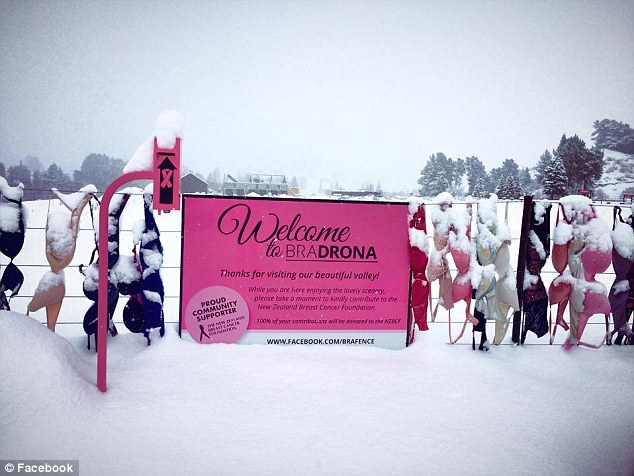 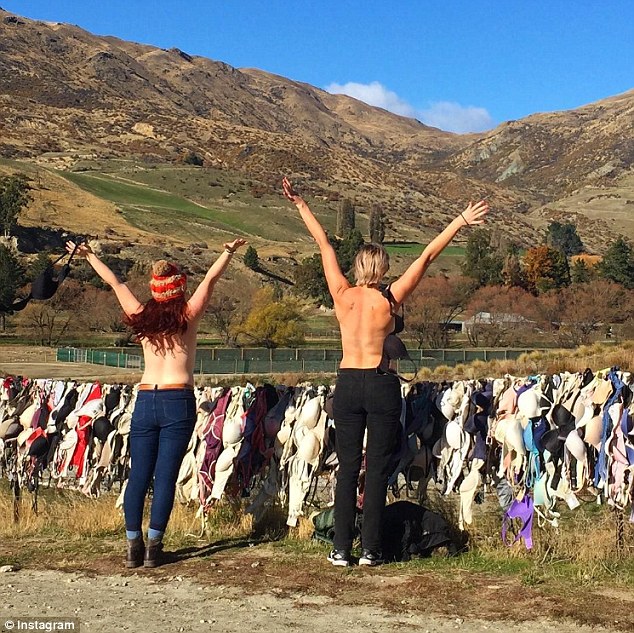 The quirky attraction is as frequented by locals as it is by tour buses with parking on the site having been widened to accommodate more visitors, said Ms Spaans.

Distillery owner Ash Whitaker also steps up to lend a hand to keep the fence looking in top order. 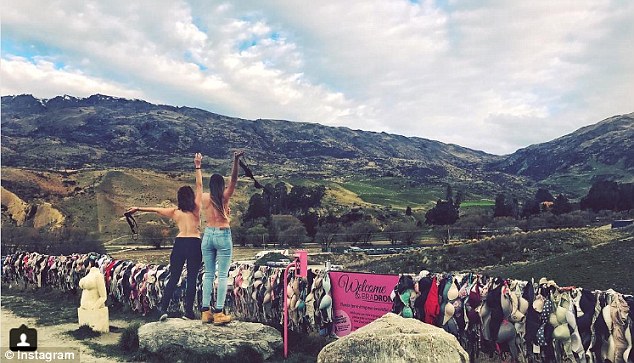 He told Daily Mail Australia he ‘regularly prunes’ the fence when it starts to become too heavy and unsightly.

‘There’s a lot of work in maintaining it,’ Mr Whitaker said.

‘I get abused occasionally from different people that come past and can’t understand why you’re trimming the bras.’ 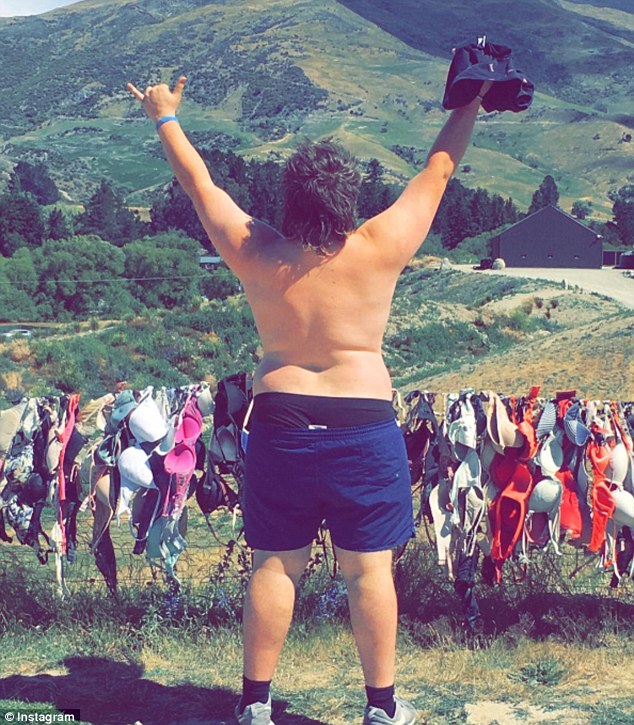 ‘I get abused occasionally from different people that come past and can’t understand why you’re trimming the bras,’ he said

‘Between Sean, Kelly and ourselves we do our best to keep it looking good.’

The boutique distillery has also played a part in helping raise funds for breast cancer awareness by making a special pink gin, with $5 from the sale of each bottle being put back into the fence’s donation box.

The limited edition gin has so far raised about $5000 – and there’s still a few bottles left.

‘It’s just about getting in behind it and supporting the cause,’ Mr Whitaker said.