Australians could be escaping to New Zealand for a winter holiday instead of Queensland this year if Premier Annastacia Palaszczuk keeps borders closed.

Ms Palaszczuk is under pressure to reopen inter-state tourism after it shut down travel in April to slow the spread of the coronavirus.

But the Premier is standing firm on her decision – claiming the borders may remain closed until at least September.

The Morrison Government has now come out saying the Sunshine State’s travel ban won’t get in the way of a ‘trans-Tasman travel bubble’ from going ahead.

The ‘trans-Tasman bubble’ would allow Australians and New Zealanders to travel freely between both countries without a 14-day quarantine period. 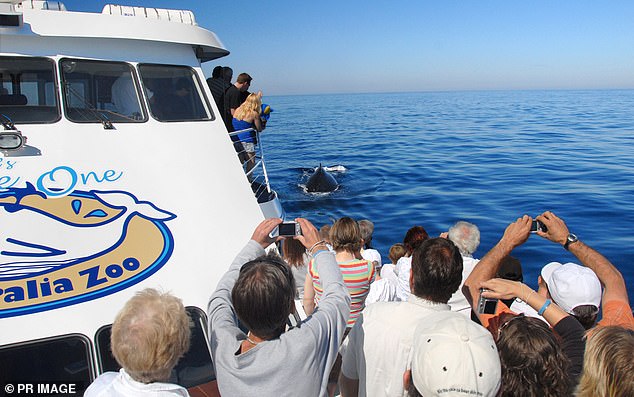 The Morrison Government has now come out confirming the Sunshine State’s travel ban won’t get in the way of a ‘trans-Tasman’ travel bubble from going ahead (pictured: A tourist group in Queensland’s Sunshine Coast)

If Queensland keeps its borders closed it could be excluded from the travel agreement.

Federal Tourism Minister Simon Birmingham said the tourism industry would be back up and running as soon as its safe for people to travel again.

‘New Zealand is obviously the first, and right now only, international market that we could safely agree to open up to,’ he told Sydney Morning Herald.

‘If New Zealand and some Australian states are ready and willing to progress, then the reluctance of other states to open up their domestic borders shouldn’t become an obstacle to progress.’

New South Wales and Victoria will relax travel rules within the state from June 1 with regional travel allowed for interstate visitors and residents.

But Queensland is still holding firm, telling its tourism industry to prepare for a likely September reopening of its state borders. 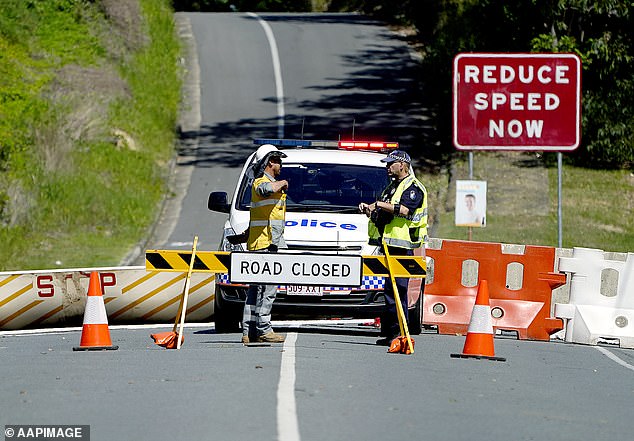 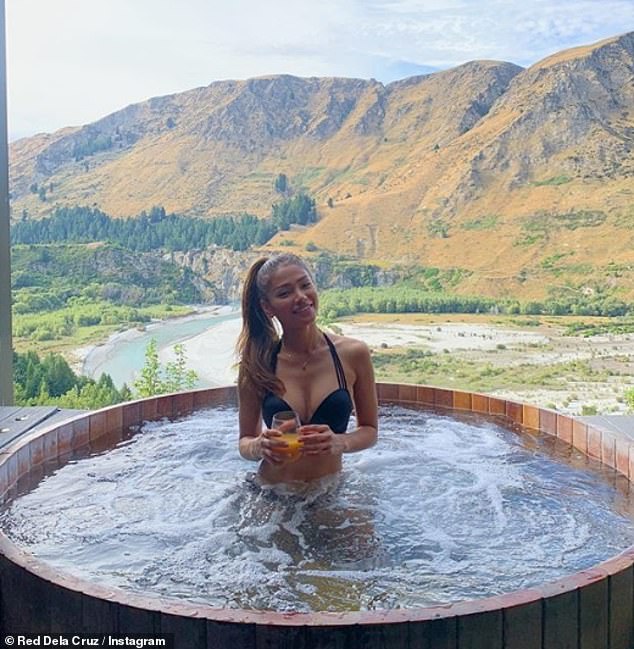 Australians flock to Queenstown every year during ski season, they are the biggest tourism group, behind Kiwis (Pictured: UFC star Red Dela Cruz, at Onsen Hot Pools in Queenstown)

‘I don’t think it’s logical to maintain the border closures for a prolonged period of time,’ she said.

‘For Australia to really move forward as a nation during this very difficult economic time, as well as difficult health time, we do need our borders down.’

One Nation leader Pauline Hanson joined the debate on Thursday by threatening to take the Queensland premier to court over the state’s controversial decision to keep the borders shut.

‘I raised last week that I think it’s unconstitutional what the premier of Queensland is doing keeping borders closed for trade and commerce under section 92 of the Australian constitution’, Ms Hanson told Sky News.

‘Speaking to other people, they totally agree with me.

‘I’m calling on Queenslanders who’ve been affected by either their families being destroyed, or inconvenience or trade.

‘Those tourist operators who rely on tourists coming there have had their businesses affected.

‘It’s unconstitutional to do what they’re doing, it’s important to hold her to account and I think it’s a political move what she’s doing. 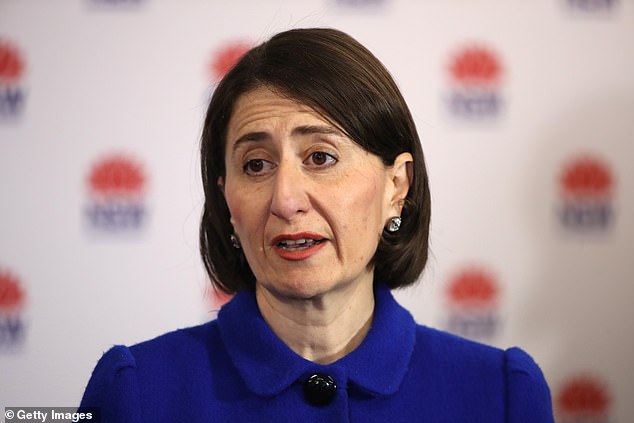 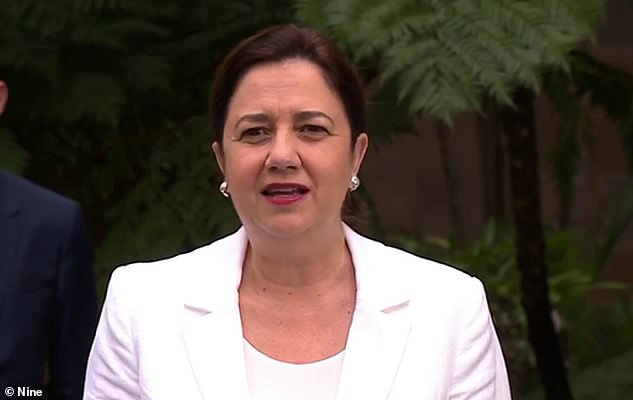 ‘In Queensland, when we’ve had 1,058 cases, 12 active cases at the moment and four hospitalised, there’s no reason to keep the borders closed.

‘And they can’t give you a timeline on it, they’re saying possibly it could be September – that’s not good enough.’

But Ms Palaszczuk has said she won’t be shaken by complaints from New South Wales.

‘Let me be very clear, we are reviewing this every month. Nothing has changed,’ she said.

‘We are not going to be lectured to by a state that has the highest number of cases in Australia.

‘If you look at the federal government’s road map, they do not talk about inter-state travel until July if things are going well.’ 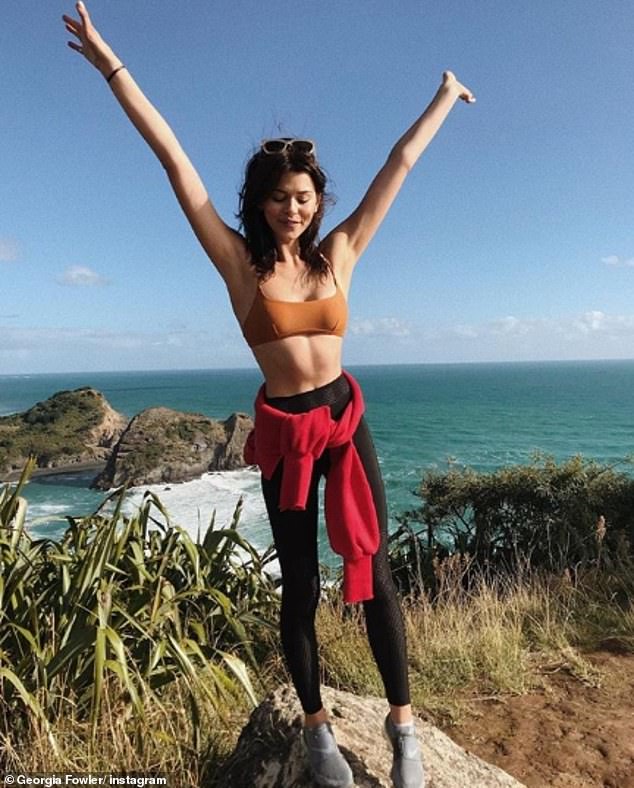 The tourism industry has been one of the hardest hit during the pandemic, with flights grounded and travellers urged to stay home.

Queensland’s tourism industry is worth $2.5billion a year.

In New Zealand, tourism is the country’s biggest export industry, generating $16.2billion directly to the GDP.

And Australians are the biggest contributor to that, with 1.5 million Aussies visiting the country in 2019, pouring $2.5billion into the New Zealand economy.

New Zealanders are the second biggest tourism group behind China, with 1.43 million Kiwis jumping across the ditch for a holiday last year.

But their $2.6billion contribution to the Australian economy is only a fraction of the $12.4 billion Chinese visitors bring.

WHAT IS THE TRANS-TASMAN BUBBLE

Australia and New Zealand have discussed the possibility of a ‘trans-Tasman bubble’.

The bubble would allow residents from both countries to travel across the ditch without having to endure a mandatory 14-day isolation period.

The idea has been raised as both countries have been successful in controlling the outbreak of the coronavirus.

New Zealand’s Prime Minister Jacinda Ardern has said the bubble would only be introduced if they could guarantee they would neither import or export cases.