New Zealand man considers cheating on his wife with an escort

A married man who loves his wife has spoken about his secret desire to see an escort.

In a letter to New Zealand-based sex and relationship columnist, Jennifer Souness, the man, who has been married for 25 years, said he’d become ‘fascinated with the idea’ after a trip overseas.

He said although he’d only smiled at a woman he assumed was a sex worker, the interaction between the pair ‘felt like a moment of human understanding’.

‘Is this so bad? I have never been unfaithful to my wife nor she to me?’ He asked Ms Souness as part of her Stuff column.

In the letter, the man said he’d always had an honest relationship with his wife and he’d told her about the incident – and while she wasn’t impressed, nothing further came of the conversation.

Most cultures teach that the sex industry is a threat to marriage. Obviously, I beg to differ. I see it as a service that cuts a less interested partner some slack

He said what makes his situation difficult is that on the sex front, he is ‘high maintenance’. However, this isn’t something that isn’t matched by his wife.

The man also explained while the pair is still married they don’t live together and that it can sometimes be a month between sexual visits and he tended to ‘fizz’.

He revealed that he had made an appointment to see an escort and because he doesn’t keep secrets from his wife, he told her – something he revealed went down like a lead balloon but reignited the couples passion.

He said since then sex between the pair had continued to be infrequent but it was more intense and were both happier for it. 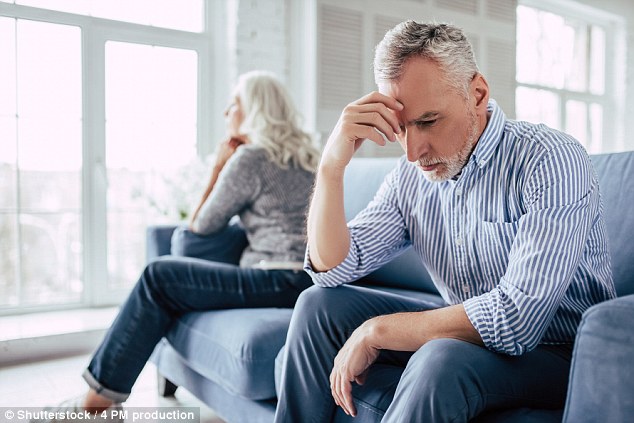 The man said he’d never been unfaithful to his wife, however, he still considered the option of visiting an escort as a solution to ease his sexual frustration and as a way to ensure he didn’t drift into an emotional affair where the ‘fallout is so much worse’.

How to confront your partner if you suspect they are cheating

1. Have real evidence but respect their privacy  – you can’t take back the accusation once you’ve made it, so it’s best to be as sure as possible

2. Think about what you’re going to say to your partner beforehand

3. Think about what you want to happen if it’s true and if it’s not true

4. Calmly confront your partner and discuss why you suspect they’re cheating

5. Calmly discuss what you should do next in your relationship

Taking a direct approach to the man’s dilemma, Ms Souness explained the concept of love-based marriages, as opposed to those based on an economic contract, were only fully introduced in the 19th century.

She said this concept is problematic in that it relies on fantasy and an idea ‘that “the one” brings a guarantee of mutual love, respect and passion until death do you part’.

Fidelity is very much woven into the fabric of modern love relationships, however, the struggle to remain monogamous continues to abide for many, she said.

‘Most cultures teach that the sex industry is a threat to marriage. Obviously, I beg to differ. I see it as a service that cuts a less interested partner some slack,’ she wrote.

Ms Souness questioned the man’s wife for wanting to enforce sexual abstinence for up to a month at a time – something that is even more pronounced given the pair don’t live together.

‘We humans are nothing if not predictable and your wife’s renewed passion seems to confirm the old adage that there’s nothing quite like competition to stoke the fading pheromones.’

Her solution, although somewhat unconventional, was to consider incorporating a fantasy (male or female) third person into their sex lives.

Ms Souness said this could be a ‘non-threatening way” to spice things up without creating jealousy as the person doesn’t exist in reality.

Her advice if the man’s urge to visit an escort persists was to raise the subject with his wife with the explanation this was a purely sexual interaction; one that could put paid to the possibility of him having an emotional affair.

She explained it’s not possible to control a partner’s thoughts or actions but an open approach to relationship difficulties could pave the way for a more honest outcome.

‘It’s not a matter of preventing your partner from straying – it’s a backward statement to keep men or women happy in the relationship,’ she said.

‘There’s never a full-proof way to “affair-proof” your marriage but having that conversation is a start – and just be open about everything in your relationship.

‘Both of you might think you don’t need that conversation because neither of you believes you’d ever be in that situation.

‘But you should talk about how you would both feel if one of you did find yourself in that situation because chances are, you’re more at risk if you don’t communicate.’