Former New Zealand prime minister John Key has urged the government to stay close to China to have any chance at influencing the superpower’s behaviour.

Mr Key preached engagement with Beijing in a long interview to TVNZ’s Q+A program on Sunday, a rarity since standing down in 2016 after eight years in office.

He lamented US-China relations had ‘deteriorated considerably’ since his time in office, and dismissed Australia’s tough talking approach to China under Scott Morrison as counterproductive.

Mr Key also lashed US House speaker Nancy Pelosi over her visit to Taiwan this week, suggesting it was selfish and high-risk.

‘It was reckless, if you want to be kind. It was provocative and it was actually dangerous,’ he said.

‘Everyone knows that the third-most important elected official in the United States turning up on Taiwanese territory, that is poking the bear.’

Amid growing tensions between China and the US over Taiwan, Mr Key said he wanted ‘everyone to take a calm, deep breath’.

‘Literally tens, hundreds of thousands of New Zealanders’ jobs and incomes rest on the fact that our largest trading partner is China,’ he said.

‘To have that potentially disrupted – let’s be blunt – in a very fragile world … is this another dimension that we want to add?’ 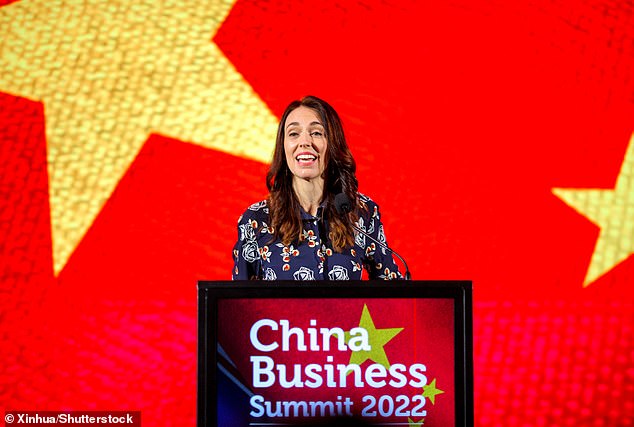 His intervention comes at a potential pivot point in New Zealand’s foreign outlook.

Unlike Australia, New Zealand is not a defence ally of the United States and has maintained stronger ties with Beijing under its much-trumpeted independent foreign policy.

Analysts sensed a change in the air this year when China’s tacit support for Russia’s invasion of Ukraine pushed Wellington closer to Joe Biden’s administration.

Prime Minister Jacinda Ardern has deployed military assets and made financial contributions to the defence of Ukraine, without direct involvement on the ground.

Australia and New Zealand have also buddied up in the Pacific, supporting a push against Chinese militarisation of the region.

Probed on China’s human rights abuses in the Xinjiang province, the rollback of democracy in Hong Kong and assertiveness in the Pacific, Mr Key didn’t deny their seriousness.

‘If you build a better relationship through trade, does it give you an increased and better platform to present change going forward and to have influence? I personally think you do,’ he said.

‘Do you want to start calling names and increasing the rhetoric? Australia has done that and has a far more aggressive relationship with China.

‘Really, is that the smartest thing to do? You either do it from inside the tent where you can have a respectful relationship or you do it from outside. I just don’t see what a country the size of New Zealand gets from being outside.’ 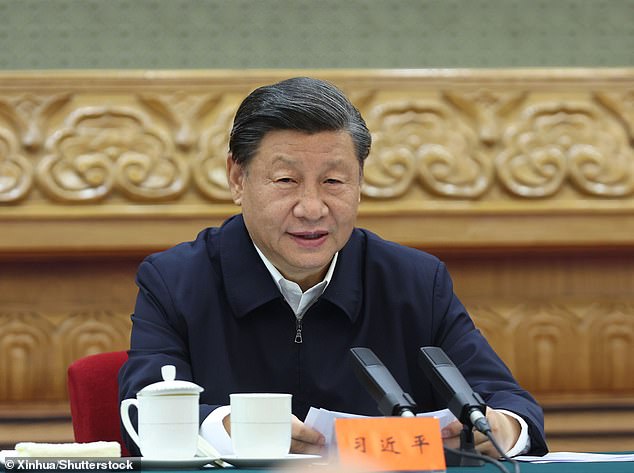 Mr Key preached engagement with Beijing in a long interview to TVNZ’s Q+A program on Sunday, with China increasing its war activity near Taiwan after the US visit

The interview came after a speech from Ms Ardern to the China Business Summit last Monday which was seen as conciliatory towards China.

Mr Wang issued a glowing endorsement of the relationship after the meeting, saying he believes New Zealand views ‘China and China’s development objectively and positively, and handles bilateral relations in a rational and wise manner’.

Mr Wang also issued an invitation to meet in Beijing when COVID-19 restrictions are lessened, which Ms Ardern has hinted at accepting.