By Australian Associated Press and Afp

Prime Minister Jacinda Ardern declared on Monday New Zealand ‘beat the virus again’ and announced restrictions in the country’s largest city would be eased, after a second Covid-19 wave was contained.

The virus was believed to have been eradicated in late May after a strict national lockdown led to New Zealanders enjoying 102 days without community transmission.

But a new cluster emerged in Auckland in August, forcing the city of 1.5 million into lockdown for almost three weeks.

With no new confirmed cases in Auckland for 12 days, Ardern said Monday the virus was now under control and congratulated residents for enduring the second lockdown.

Four months after first eliminating the virus, Prime Minister Jacinda Ardern (pictured left, with Clarke Gayford arrive to cast their votes on the first day of advance voting during the New Zealand general election in Auckland on Saturday) announced on Monday Auckland would shift back to ‘level one’

‘All signs point to it now being under control,’ Ms Ardern said after chairing a virtual meeting of cabinet from Christchurch.

‘Aucklanders and New Zealanders have stuck to the plan twice now and beat the virus again … we put our heads down and got on with it.

‘There is now a 95 per cent chance of the cluster being eliminated … we are confident it has been contained.’ 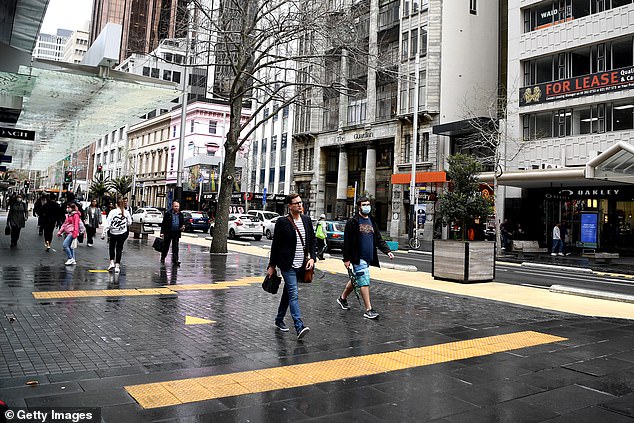 Auckland was the centre of a fresh outbreak in August, which brought 179 new cases and three new deaths. Pictured: Residents walk down Queen Street in Auckland on September 24 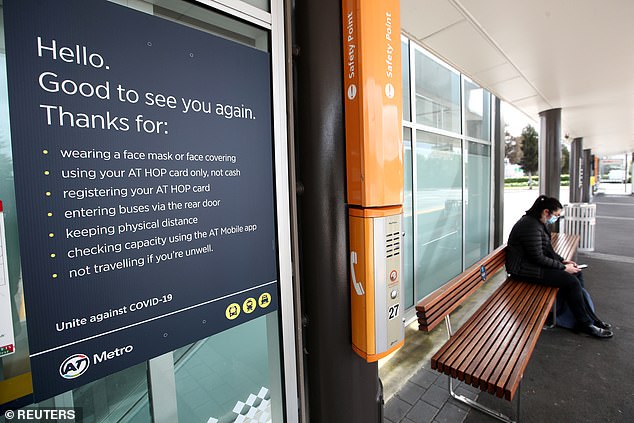 Auckland’s shift will take place at midnight on Wednesday.

Under the change, there are no restrictions on social gatherings, allowing the second Bledisloe Cup Test in Auckland on October 18 to be played in front of a full stadium at Eden Park.

‘This is positive news that [Auckland fans] will be able to enjoy Test match rugby,’ New Zealand Rugby said in a statement.

It shows a growing appetite for risk-taking by Ms Ardern’s government, which is likely to be re-elected on October 17.

But Ardern warned success could not be taken for granted. 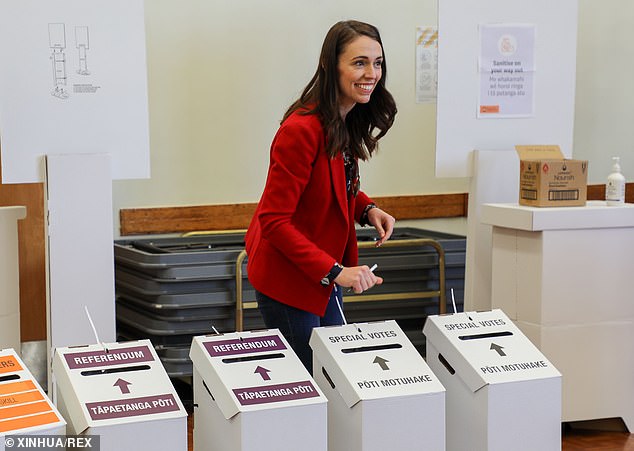 New Zealand Prime Minister Jacinda Ardern casts her vote at a polling station in Auckland, on October 3. Her Government  is likely to be re-elected on October 17 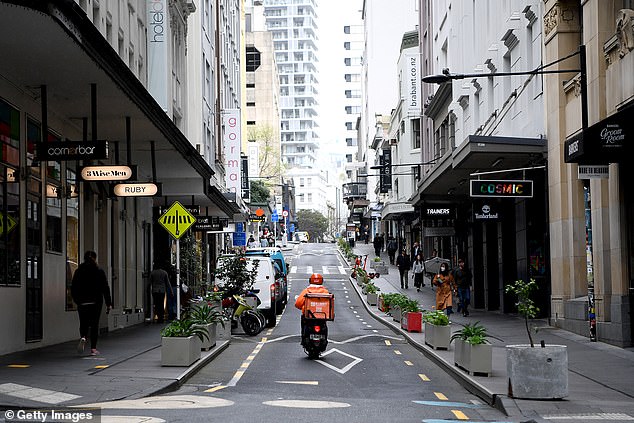 Auckland will return to level one at midnight on Wednesday. Pictured: A general view of High Street on September 24 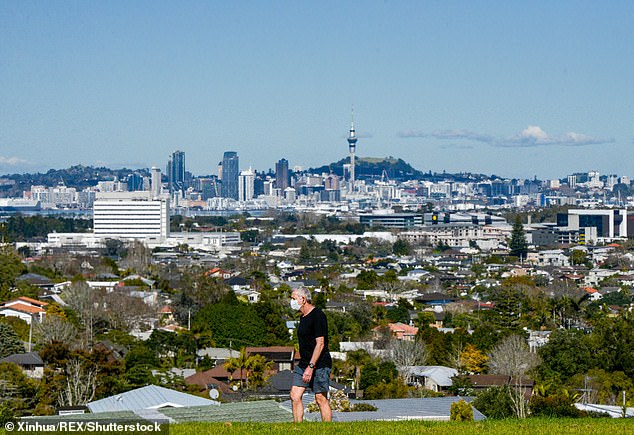 Under the change, there are no restrictions on social gatherings. Pictured: A man takes a walk in Auckland, New Zealand, August 15

She pointed to a decline in the use of the official Covid-19 tracing app and falling virus test numbers.

In June, Ms Ardern moved New Zealand to level one after 40 days without community transmission; a month longer than has been recorded after the fresh outbreak.

New Zealand continues to record new cases within its border regime, with 22 international arrivals to test positive for the virus in the last week while in mandatory isolation.

New Zealand has recorded just 25 Covid-19 deaths in a population of five million, with 40 active cases in the country on Monday.