New Zealand scientists say you can eat salmon if pregnant

If you’re currently pregnant or planning to become pregnant, it’s likely you’ve armed yourself with a list of foods you can’t eat for your growing baby’s health.

Although raw fish should be avoided at all costs, dispensing with essential fatty acids derived from seafood could impact on a growing baby’s brain and vision.

New research has shown that while wisdom holds in terms of steering clear of any fish that’s uncooked, it’s now been proven safe for pregnant women to eat cooked salmon.

Nutritionists at Massey University in New Zealand carried out an online survey of 596 women in their third trimester and found only 30 per cent were getting their recommended intake of two to three servings of essential polyunsaturated fatty acids per week.

While the remaining 70 per cent did meet the lower target, the study’s co-author Dr Kathryn Beck highlighted there may be an issue with pregnant women who were deficient. 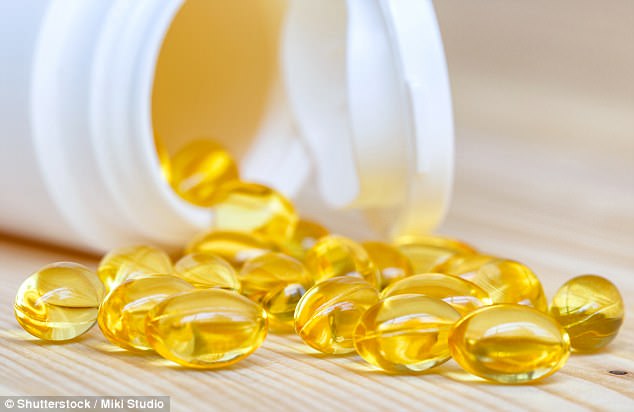 One fifth of the women surveyed were taking omega-3 supplements

Although Dr Beck notes the research didn’t reveal the impact of a diet low in Omega 3 and Omega 6, both are important for a fetus’s proper brain development, she said.

‘They help form important building blocks for our cells, and are essential for the development of baby’s brain and growth. These fatty acids help support mothers to have a healthy pregnancy.’ 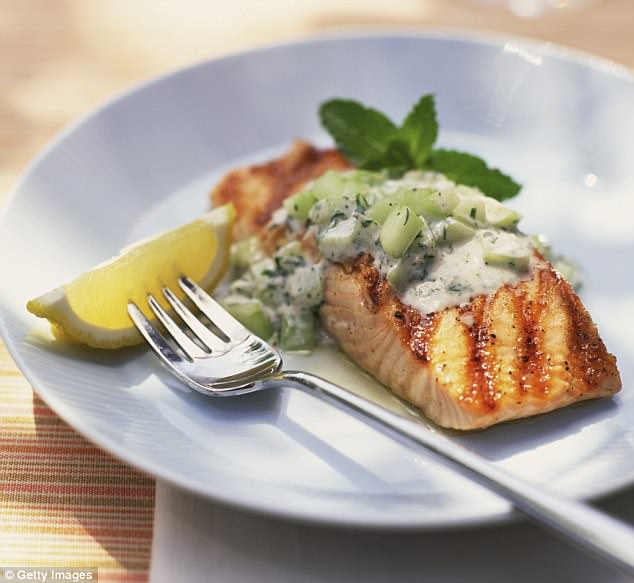 While seafood is back on the table, for now, the scientist said this only extends to cooked fish, and certain varieties

One fifth of the women surveyed were taking omega-3 supplements. On average, they were more than 16 times more likely to meet recommendations for docosahexaenoic acid (DHA).

‘Despite guidelines encouraging fish and seafood as safe to eat during pregnancy, women may decrease or limit these foods due to concerns regarding food safety and the potential for mercury poisoning.’

While seafood is back on the table, for now, the scientist said this only extends to cooked fish, and certain varieties. 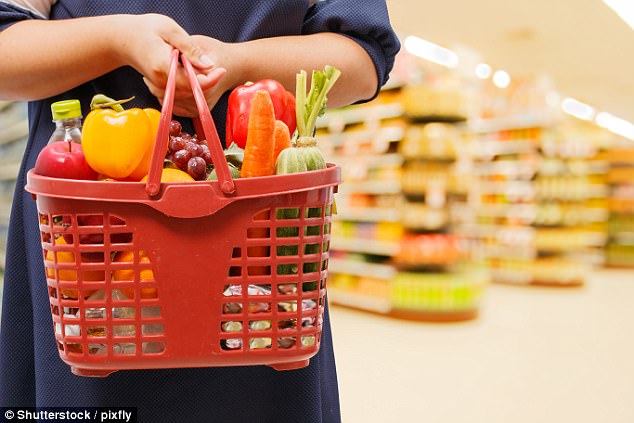 In keeping with Food Standard guidelines for Australia and New Zealand for pregnant women, fish and seafood can be eaten as long as it has been well-cooked, served hot.

Larger species, which live in deep water and are predatory such as shark, broadbill, marlin and swordfish should only be eaten in very limited quantities.

‘The mercury levels in these fish are seen as low risk, and their nutritional contents provide many health benefits,’ she said.

The nutrition expert also recommended pregnant women follow a healthy diet which included a variety of foods from the different groups.

‘Women who are currently pregnant or planning to be should aim to eat a variety of healthy foods every day from each of the four food groups to get all the nutrients they need to protect the long-term health of both themselves and their baby.’