A window washer at a set of traffic lights was revealed to be an undercover cop trying to catch drivers on their phones or running red lights, after uniform police awkwardly intervened in the sting operation.

The disguised New Zealand police officer was caught on camera bizarrely watching motorists at a set of traffic lights in the South Auckland suburb of Manurewa.

He is recorded by a man parked on the other side of the road who explained in the video that he had been given a ticket by the window washer.

Another man in the car is heard saying, ‘He’s pretending to be a window washer. That’s f**king rough man.’

‘I almost want to get out bro,’ the man recording the video continued.

A window washer standing by a set of traffic lights in South Auckland, New Zealand, was revealed by police to be an officer in disguise

He proceeds to get out of his vehicle and runs across the road to confront him.

Upon reaching him, the man tells a motorist driving past that the window washer was a cop.

He then then turns the camera around and follows the disguised police officer.

‘Alright guys, so we’ve got police here pretending to be window washers,’ he says to the camera.

‘So what they do is they stand here and they dress up in hoodies with a window washer thing and they’re looking and they’re trying to get people in Manurewa.’

He identifies the officer as the man who gave him the ticket and describes him as a ‘real bully’ trying to ‘intimidate, not educate’.

Uniformed police arrive at the scene and ask the man recording if he is threatening the disguised cop.

The man responds by asking if he was a cop, which the police confirm he is.

It’s then revealed the officer was part of a sting operation where he would flag down drivers committing traffic offences and direct them towards a nearby carpark that had a police unit. 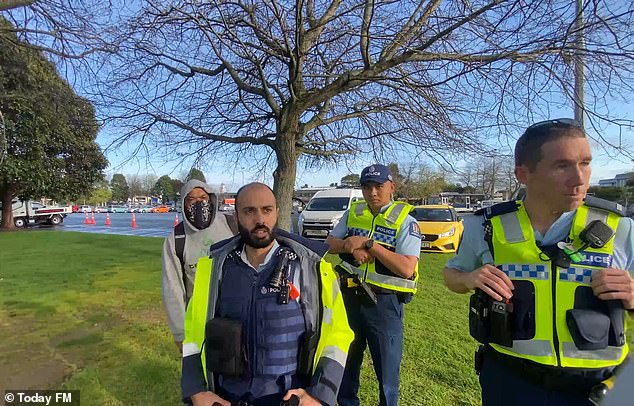 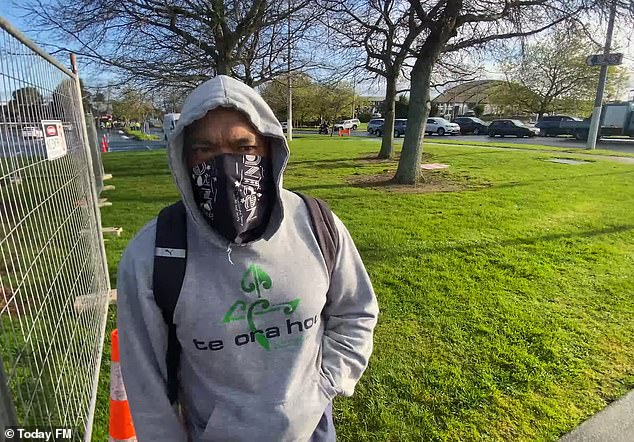 Police have admitted that having a cop dressed as a window washer to book people was inappropriate and wouldn’t been happening again.

‘We will be communicating with our staff this should not be happening in future,’ Counties Manukau Road Policing manager Inspector Tony Wakelin told the New Zealand Herald in a statement.

‘There were lessons here for their staff on the appropriate way to conduct these operations in future. And I will be ensuring those conversations will be had.’

However, inspector Wakelin added that tactics such as the one employed at the traffic stop was part of police activities to make roads safer.

‘The use of a plainclothes officer to watch for these offences is a standard operating tactic to prevent death and serious injuries on our roads.’