An innocent baby boy ‘mauled to death’ by his family’s cross-breed dog was pictured in his mother’s arms just days earlier in a heartbreaking picture.

Tiny baby Elon was just 12 days old when he was attacked on Sunday in Doncaster at the £100,000 house.

Ambulance crews took him to hospital for treatment but he could not be saved despite doctors’ best efforts.

His mother Abigail Ellis, 27, and her finance Stephen Joynes, 35, were arrested by officers probing the newborn’s death.

They were detained on suspicion of gross negligence manslaughter and have been bailed pending further inquires. 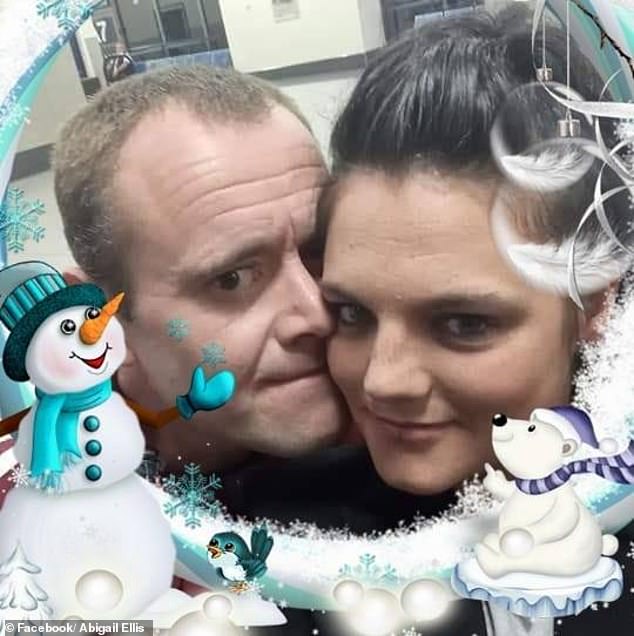 Both Stephen Joynes, 35, and Abigail Ellis, 27, have been arrested after the tragic death 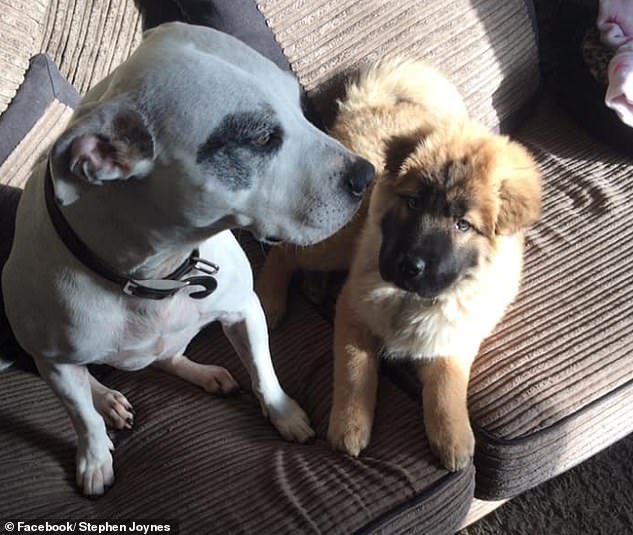 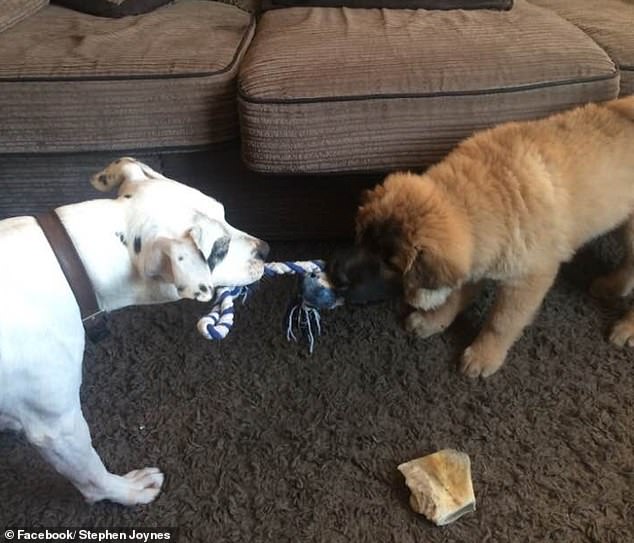 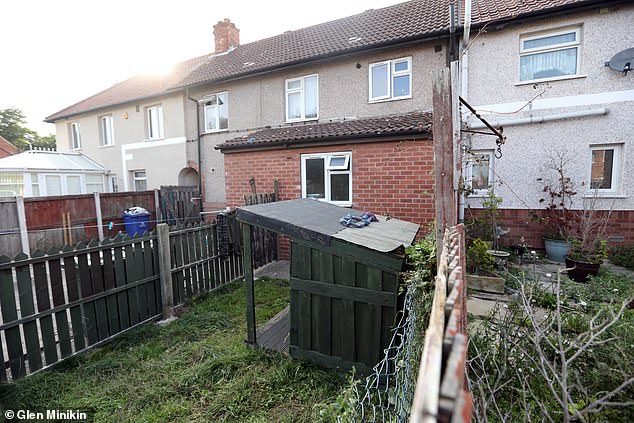 A 12-day-old baby boy has died in Doncaster after he was mauled to death by a dog. Pictured: The property where the baby was bitten

Samantha Foulds, who claims to be a close friend of the pair, posted to Facebook: ‘I know these people well and I tell you it’s nothing more than a tragedy.

‘You have no idea what that family have gone through.

‘RIP little one, my love to you both and little ones at this heart wrenching time.’

The baby was rushed to hospital with serious injuries after the attack in the village of Woodlands on Sunday – but he tragically died a short time later.

Sally Hooley, who saw the dog being taken away by police, said, according to The Mirror: ‘The dog was a big fluffy golden dog, it looked harmless at first glance. I couldn’t tell you the breed but three police officers were struggling to control it to get it into the dog van.

‘The dog was strong enough to be dragging three officers into the road. It’s so, so sad.’

‘It looked like a big fluffy harmless dog. At the end of the day the parents will never get over the loss of their child.’ 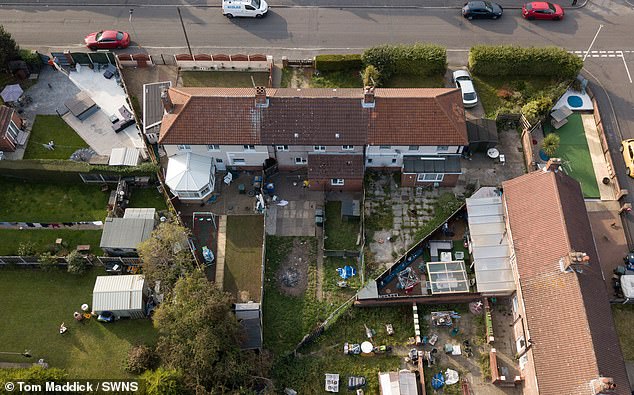 It has also been revealed that the baby’s ‘brilliant’ mother lost her partner – and father of her three children – to sepsis a year and a half ago.

Neighbours said that Ellis, 27, had suffered a double heartbreak after her long-term partner died around 18 months ago.

Since then, she struggled to come to terms with her loss, but was ‘overjoyed’ to be expecting a new baby.

One neighbour, who did not wish to be named, said: ‘Abi was a great mum, they never had much money but those kids never went without.

‘Her older children were so well behaved. I knew she was pregnant again but I didn’t know she had the baby until I heard all the commotion on Sunday evening and found out that he had tragically died.

‘She always did her best by her other children and losing her partner hit her hard. ‘It really affected her, they were so happy together and so close. It is such a tragedy.’

South Yorkshire Police rushed to a property in Woodlands at 3.30pm on Sunday afternoon following reports that a child had been attacked.

The baby was rushed to Doncaster Royal Infirmary with serious injuries after being bitten by the dog but died a short time later.

Both parents have been bailed pending further inquires.

A South Yorkshire Police spokesman said police were called to an address around 3.30pm on Sunday following reports that a dog had attacked a child.

‘On arrival at the property, emergency services discovered a 12-day-old baby boy had been bitten by a dog and suffered serious injuries.

‘The child was taken to hospital, but sadly died a short time later. 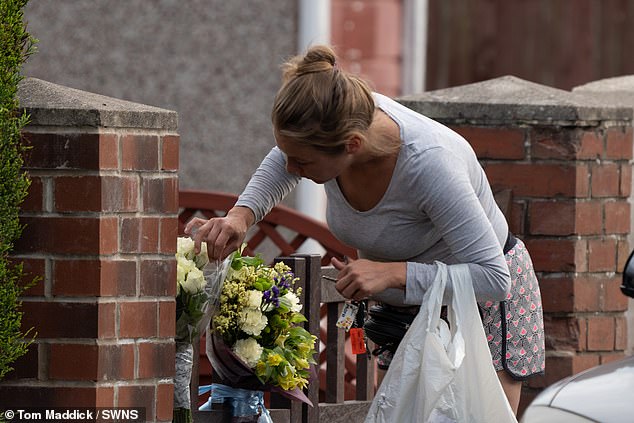 ‘A 35-year-old man and a 27-year-old woman have been arrested on suspicion of gross negligence manslaughter. They have now been bailed while enquiries continue.’

The dog has been removed from the address, the force added.

Floral tributes have also been left outside the Doncaster property where the child was bitten.

A neighbour, who wished to remain anonymous, said: ‘I saw at least three police cars turn up, there was just lots of commotion, and more turned up.

‘Then someone came for the dog in a van and I saw forensic officers taking pictures of the scene.

‘That was when I knew it was serious.’

The neighbour said that they didn’t know the breed of the dog but that it was ‘very big’ and ‘not something you’d want around small children’.

They also said that the dog had a habit of running into other people’s gardens.