A baby in India has been miraculously saved by police after the child’s mother took her own life, while her newborn son was still attached by the umbilical cord.

Officers noticed the baby under the 36-year-old woman’s sari after responding to an emergency call from her husband.

The baby boy was then cleaned and wrapped up by the police after they found his mother had hanged herself in a cowshed in the town of Katni, Madhya Pradesh state, on Thursday morning.

The infant was rushed to hospital after a doctor detached the umbilical cord and gave him first aid.

He is now in a healthy condition in hospital.

The women has been named by local police as Laxmi Thakur.

Police officer Kavita Saini said: ‘When I reached the spot and examined the body, I found a baby dangling under her sari. 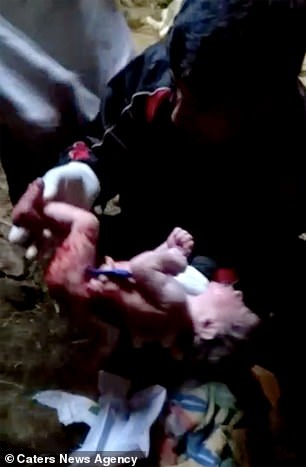 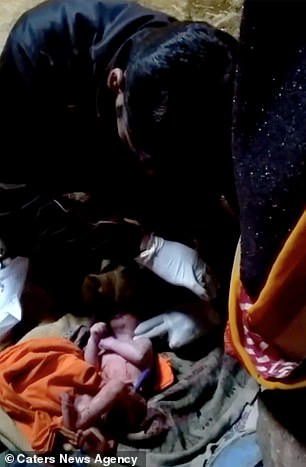 ‘We cleaned the baby, wrapped him in a blanket and waited for medical help to arrive.

The baby is healthy and we have moved him to a district hospital.’