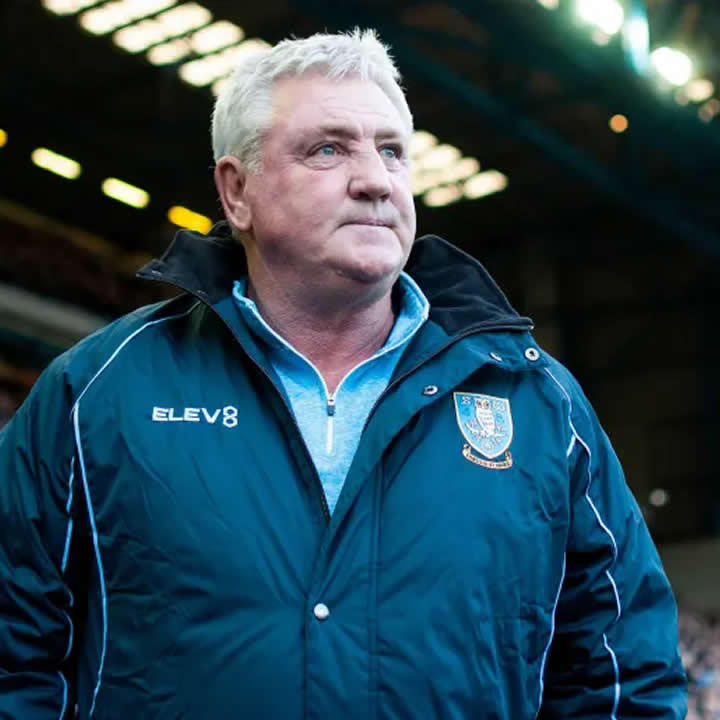 Newcastle have on Wednesday announced the appointment of Steve Bruce as their new head coach in the wake of their parting ways with Rafa Benitez.

The 58-year-old, who held talks with the club over the weekend, resigned from his post as manager of Sheffield Wednesday on Monday and will take over from where Benitez left off as he looks to keep the team in the Premier League following three satisfactory campaigns under the Spaniard’s care.

The Magpies had been without a manager since Benitez’s contract expired at the end of June but they’ve replaced him with a respected and competent coach ahead of what will be a trying 2019/20 season in the top flight.

Bruce was born near Newcastle and supported the club growing up, so his appointment must feel extra special.

“I’m delighted and incredibly proud to be appointed as head coach of Newcastle United,” he said via their official website. “This is my boyhood club and it was my dad’s club, so this is a very special moment for me and my family.

“There is a huge challenge ahead of us, but it’s one that my staff and I are ready for. We’ll roll our sleeves up and we’ll be giving it everything from the off to ensure supporters have a successful team that they can be proud of.”

The former Sheffield Wednesday boss will be joined by coaches Steve Agnew and Stephen Clemence; the pair have worked with him at several of the clubs he’s managed prior to his joining the Magpies.

Newcastle are now the 10th club Bruce has been in charge of during his tenure as a head coach but his departure from Sheffield wasn’t without controversy. Newcastle fans are still upset over the fact that Benitez was allowed to leave and Bruce’s arrival has split the opinion.

Also, his former club has put out a statement claiming that there are still outstanding legal issues needing to be worked out between themselves and Newcastle. They’re considering taking legal advice as well.

Meanwhile, the English side has suffered a 4-0 loss to Premier League rivals Wolverhampton Wanderers on the day of Bruce’s appointment. The new manager was traveling to join them in the Far East as Wolves stole a 3-0 lead at halftime in the Asia Cup. As for the upcoming Premier League campaign, Bet365 has odds of 750/1 on the team lifting the league trophy at the end of the season. Fans interested in placing bets ahead of the beginning of the term, as well as during, could find the best online bookies on thebookiesoffers.co.uk, where great deals on all sports could also be had.

William Hill has Newcastle at 10/3 to finish in the top 10 and their most recent opponents, Wolves, are 4/9 to finish therein with William Hill. Bruce’s new side are 40/1 to end the campaign in the top six with 888sport and 66/1 with Bet365, who are also offering odds of 1/5 on them finishing in the bottom half.

It remains to be seen how Bruce’s appointment impacts Newcastle. The divide between the club’s fans and its owner Mike Ashley has never been as wide as it is right now but a respectable finish in the top flight could go a long way in smoothing things over, so to speak.