On December 28, 1989, a 5.6 magnitude earthquake crumbled buildings and wreaked havoc in Newcastle, NSW.

The earthquake killed 13 and hospitalised 160, and caused $4 billion worth of damage to schools, homes and other buildings.

Moments before the earthquake hit, a reporter from NBN was speaking to a man about striking bus drivers.

As the interview proceeded, a loud rumbling was heard in the background, and the earth began to dramatically shake.

The footage cut out, but when it resumed, the devastation was clear.

A 5.6 magnitude earthquake rocked the coastal city in 1989, causing buildings to collapse and killing 13 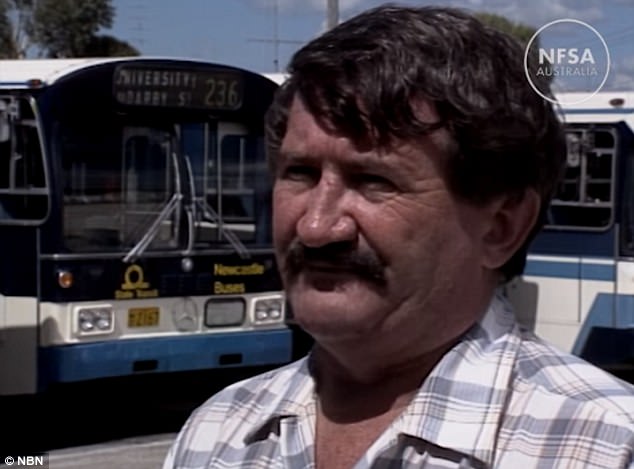 Moments before a devastating earthquake hit Newcastle in 1989, a man was being interviewed about a bus strike. His reaction was caught on film as the ground began to shake

Buildings had caved in and spilled out on to the roads, as locals and emergency services were seen trying to free those trapped in the rubble, brick by brick.

Two of the worst affected areas were Beaumont Street, where three pedestrians had been killed as awnings above them came crashing to the ground, and Newcastle Workers Club.

The roof of the busy Workers Club had caved in, and nine people inside were killed.

‘It just shook, and everything caved in,’ one witness said.

Another described the victims as ‘hopelessly trapped under bricks, rubble and poker machines’.

The final person to die did not do so from their injuries, but rather from the shock of it all. 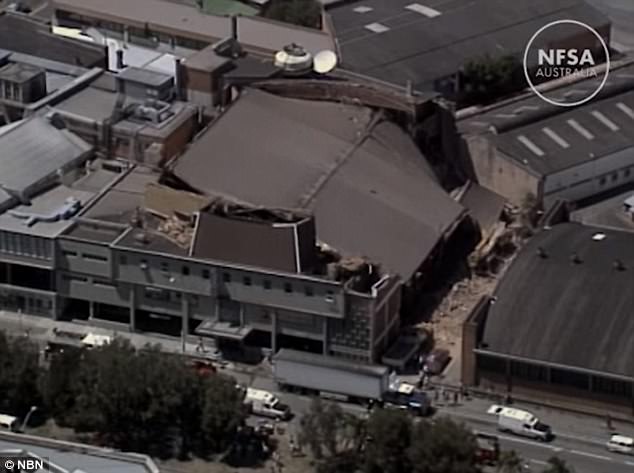 160 people were hospitalised from the quake, and the damage was estimated to be worth $4billion 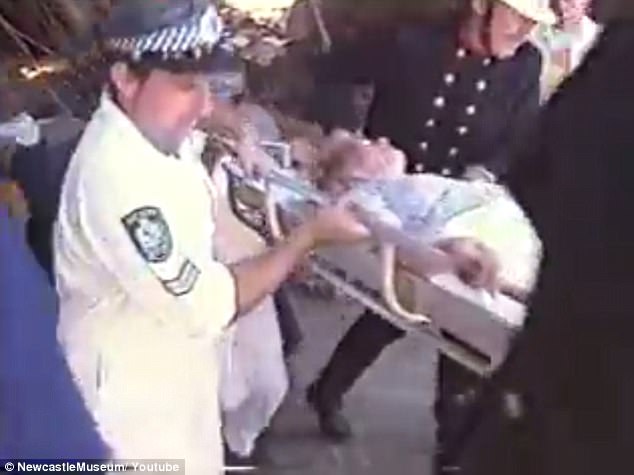 Emergency services and passers by worked together to help free those trapped inside Newcastle Workers Club, forming a working line and moving each fallen brick individually 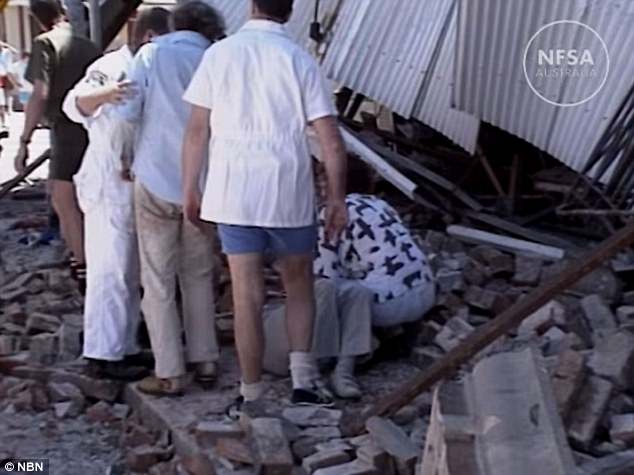 One witness described the victims as ‘hopelessly trapped under bricks, rubble and poker machines’

Early rescue efforts were hampered by fears of a powerful aftershock, as emergency responders worked to clear the area of passers-by.

In the aftermath of the shocking earthquake, 50,000 buildings had been damaged, and 300 needed to be demolished.

Earlier this year, Newcastle remembered the earthquake through a moving art project.

An exhibition titled ‘Earthquake Then and Now’ at the Newcastle Museum saw survivors of the quake holding photographs of themselves during the disaster. 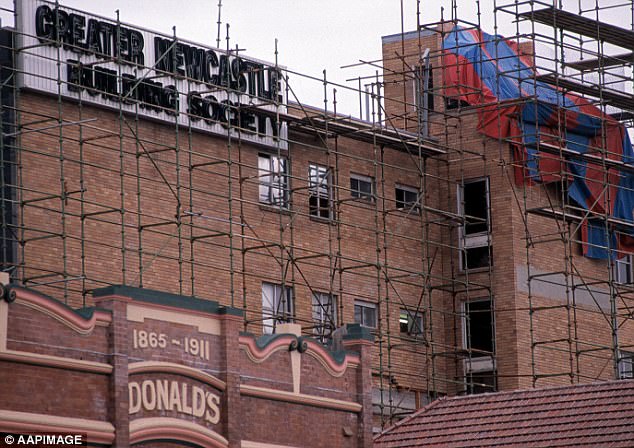 In the aftermath of the shocking earthquake, 50,000 buildings had been damaged, and 300 needed to be demolished