Newcastle United are confident Saturday’s visit of West Bromwich will go ahead after the players returned to training on Tuesday.

The club’s Benton headquarters have been closed since an outbreak of Covid-19 forced them to cancel training 10 days ago.

The number of cases has now reached double figures in the past two weeks and last Friday’s trip to Aston Villa was postponed because of it. 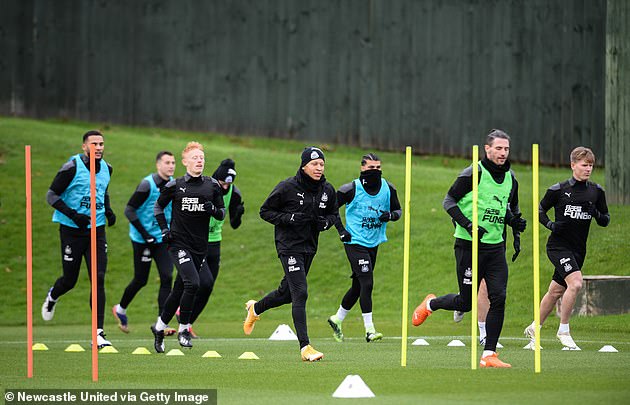 There were fears this weekend’s game could also be called off after Monday’s planned training session was scrapped at the last minute.

But Steve Bruce’s squad who were able to train were back in small groups on Tuesday afternoon and they are now preparing for the game.

Players and staff are being tested daily and the fixture is almost certain to go ahead as long as no more positive tests are returned.

The Premier League agreed to postpone the game at Villa given Newcastle had not been able to train. However, as long as the training ground stays open this week, they would be unlikely to grant another postponement, even if Newcastle have a reduced squad to pick from.