A bouncer has been sacked after he refused to let a drag queen into a pub because she was not wearing pants.

Nova Hudson was dressed in drag along with two of her friends when one of them, who was wearing a mini skirt cut out at the front and a crop top, was denied entry to the Newcastle venue.

‘The security guard said that she wasn’t being let in because she was inappropriately dressed, because she didn’t fit the male dress code,’ Ms Hudson said.

Nova Hudson was dressed in drag along with two of his friends when one of them, Jessica Christ – who wore a skirt with front cut out (pictured), was denied entry to the pub 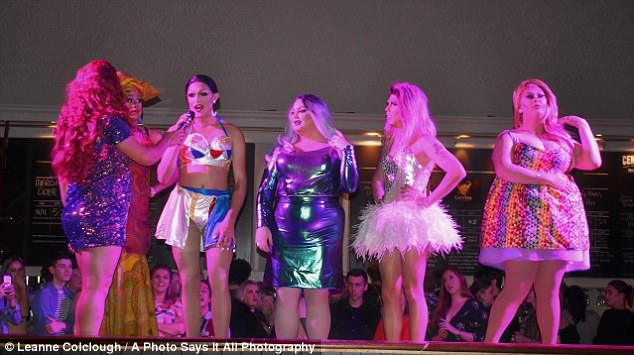 ‘Clearly at that current point in time we were in fact women … we were just gob smacked (at) what was happening.’

The 21-year-old explained the group were told by a Finnegan’s Hotel security guard that Ms Christ was allowed in the venue if she wore ‘long pants and a shirt’.

‘As a drag queen, we (were) wearing a solid eight layers of stockings and tights which … is a hell of a lot thicker than pants,’ she said.

‘It was insulting … but if Jessica was a cis-gendered female wearing the exact same outfit she’d be let in, we’ve all seen women in clubs wearing nothing but a lingerie top and short shorts.

‘There’s a double standard with the dress code.’

After the guard refused to let the group into the pub, they asked to speak to management but were then allegedly told they weren’t allowed in for ‘quarrelsome behaviour’.

‘So hurt, confused and frustrated we gave up. We walked away.’ 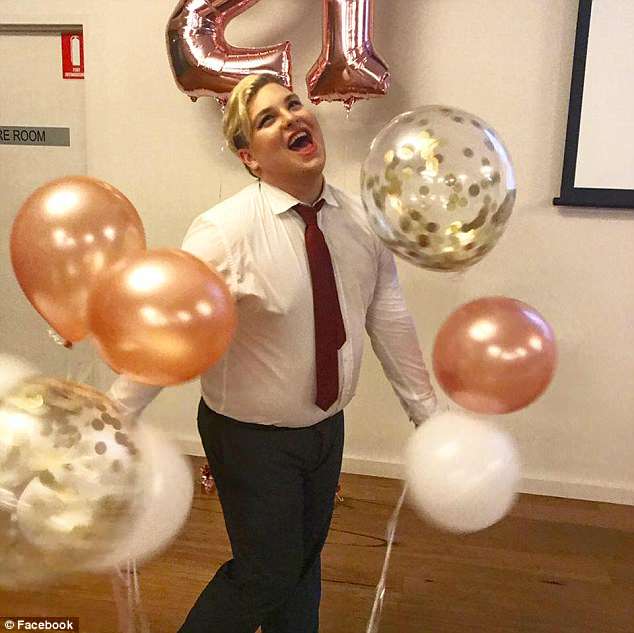 The group were on their way to continue a night of celebrations after enjoying an earlier Drag Queen event on Friday night,

Finnegan’s Hotel confirmed the security guard involved had since been fired after he ‘handled the explanation poorly’.

‘We’re deeply sorry for the hurt and frustration that these comments have caused,’ they wrote online.

‘The security guard is no longer working at Finnegan’s.

‘We have also requested that the security contractor immediately update their regular training to make sure security staff are aware of the hotel’s expectations.’

The Newcastle venue said two of the people ‘dressed in drag were allowed entry’ but one did not meet the dress code ‘required by everyone regardless of gender’. 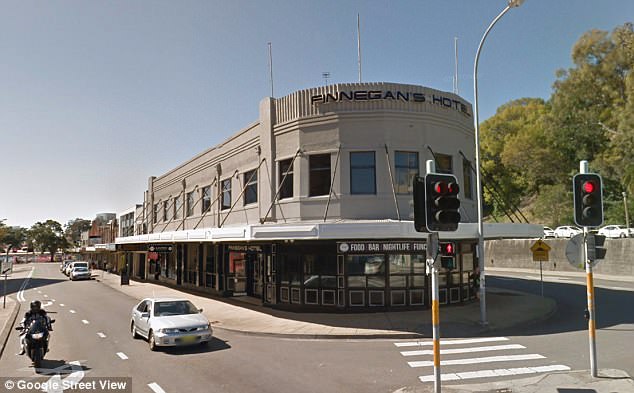 ‘Finnegan’s is an inclusive venue and welcomes all patrons,’ they wrote online.

Ms Hudson said she had never felt so ‘disgusted, annoyed and disappointed’ in her life after the incident at the weekend.

‘Being gay I’ve faced a lot of discrimination throughout my lifetime but this is really up there,’ she wrote.

‘This whole situation was ridiculous, it was an insult to my friend, to the art of drag and to the entire LGBTQI community of Newcastle.’