The Newcastle United Supporters Trust have called on manager Steve Bruce to resign in the ‘best interests’ of the club.

The group revealed on Tuesday that 94.3 per cent of their members are in favour of Bruce leaving and have urged the club to take immediate action.

Newcastle are 19th in the Premier League table after seven matches without a victory and fans are continuing to voice their feelings against Bruce from the stands. The 60-year-old is protected by a multi-million-pound pay-off and has insisted he will not quit. 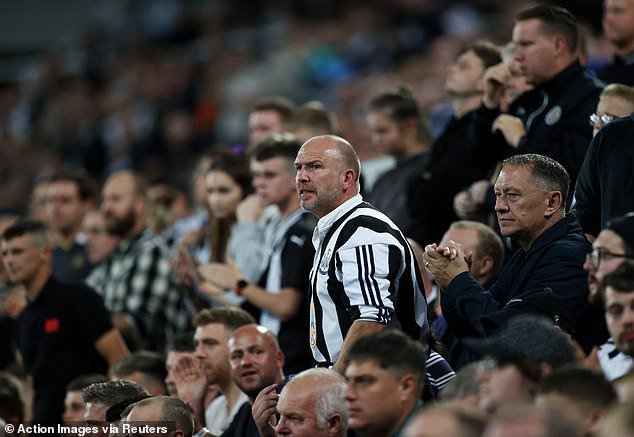 The group has revealed that 94.3 per cent of its members are in favour of Bruce leaving

Sportsmail revealed last month that there is a growing resentment towards Bruce among his squad, although the hierarchy will only be minded to act were they to believe the team are in danger of relegation.

However, NUST say nearly 96 per cent of their members are not confident of survival this season.

A statement read: ‘We asked our members if they believed Steve Bruce should resign in the best interests of Newcastle United, and from over 5,000 responses a resounding 94.3 per cent said yes.

‘The board of NUST strongly encourages Newcastle United and manager Steve Bruce to listen to the fans. 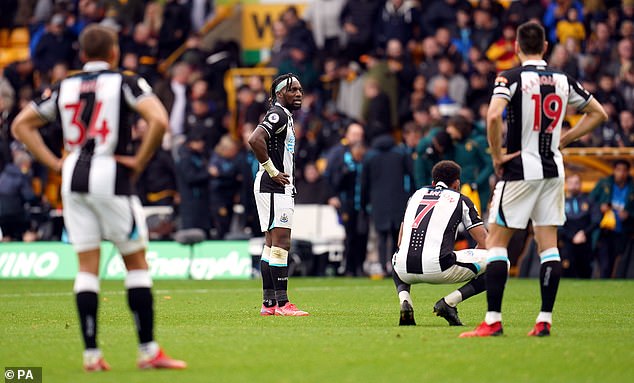 ‘The discontent among our fanbase is completely justified.

‘Fan optimism is at a serious low and Newcastle United is in serious danger of being relegated for a third time under the current owner.’

Meanwhile, there was better news for Bruce on the injury front this week with Joe Willock avoiding serious damage after being forced off during the 2-1 defeat at Wolves with a hip complaint.

Sources say the £22million midfielder should be fine to face Spurs a week on Sunday.