Newlywed Memphis pharmacist, 39, who was found dead in hotel room in Fiji

A pharmacist who was found dead in a hotel room while on her honeymoon in Fiji had been ‘excited to get married and have babies’, her friends have revealed.

Christe Chen Dawson, 39, from Memphis, had been looking forward to spending the rest of her life with Bradley Robert Dawson, 38, before he allegedly killed her.

Her devastated friends told DailyMail.com of their shock at the death, saying she had been overjoyed at her wedding only in February.

They said that the couple may have bonded over their love of long-distance running and charitable work.

Christe was found dead in her hotel room while on her honeymoon on Yasawa Islands on July 9.

It has not been made clear how she passed away but her husband Bradley has been charged with murder.

Christe Chen Dawson, 39, from Memphis, had been looking forward to spending the rest of her life with Bradley Robert Dawson, 38, before he allegedly killed her 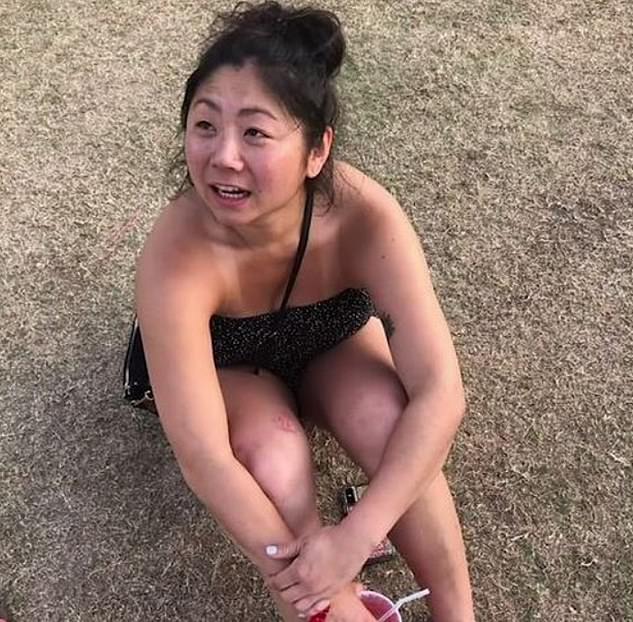 Christe Chen Dawson, 39, was allegedly murdered by her husband, Bradley Robert Dawson, 38, during their Fiji honeymoon on July 9. A neighbor said Chen Dawson was excited to be spending what she thought would be a honeymoon in paradise

Her friend Rena Schomburg said: ‘I am in shock. I just texted all my friends and my husband telling them I hope it’s not real but my husband told me it is real.’

She said she met Christe in 2015 when they were planning a mutual friend’s bachelorette party.

She said Christe was a talented baker who had run a bakery business in Colorado.

She said she and Christe, shared their love of the Chicago Cubs since they are both from the Windy City and that Christe would always indulge her with her favorite sweets whenever they spent time together.

Schomburg said the pair became closer after their mutual friend’s wedding in Florida in 2016. Schomburg was the maid-of-honor and Christe was one of the bridesmaids.

She said that her friend always wanted to go to pharmacy school and moved to Tennessee and attended The University of Tennessee then life got busy.

She said she was so excited when she got a wedding invitation that Christe was getting married. 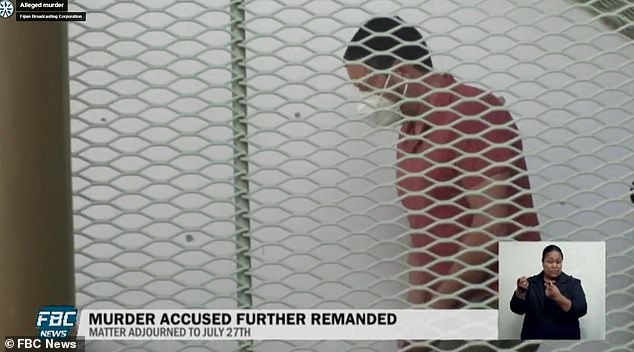 Bradley Robert Dawson, 38, is charged with one count of murder in the July 9 death of his wife Christe Chen Dawson, 39, the Fiji Sun reported 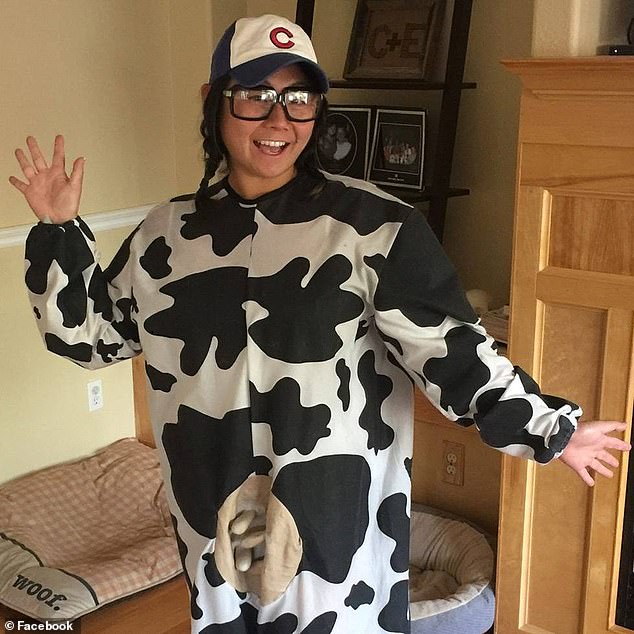 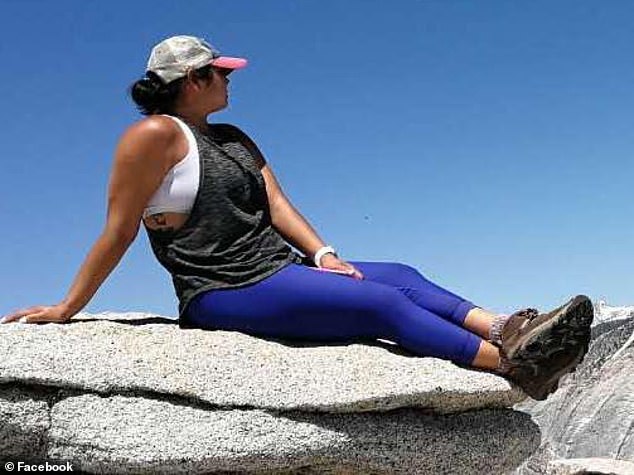 She said she planned to go, but then weeks later a note arrived saying the wedding was canceled.

Schomburg said that their circle of friends stayed in touch on social media. She said Christe had recently graduated from pharmacy school and was what she thought living her best life. 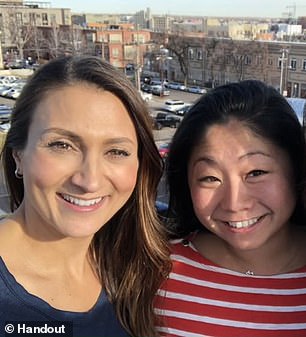 While talking with DailyMail.com Schomburg was looking at some old photos of the pair during happier times.

‘It’s so sad,’ she said, recalling how full of life her friend Christe was.

An only child, Schomberg said Christe used to travel with her mom on these extravagant trips and post them to her social media.

She described her friend as ‘super-sweet, kind, would do anything for anybody, outgoing, generous, and so fun’.

‘She was so excited to get married and to have babies.’

Schomburg said she never met the husband. She said Christe became a marathon runner once she moved to Tennessee and maybe that was where she may have met him Dawson.

‘She didn’t have a bad bone in her body,’ Schomburg said.

Matt Koenig, a friend of Christe was shocked upon learning the news of his friend’s death.

‘Christe was caring, funny, generous, the kind of person who can make friends with anyone,’ he said. He added: ‘It’s a hard day.’

Bradley was charged with one count of murder in the July 9 death of Christe, the Fiji  Sun reported. 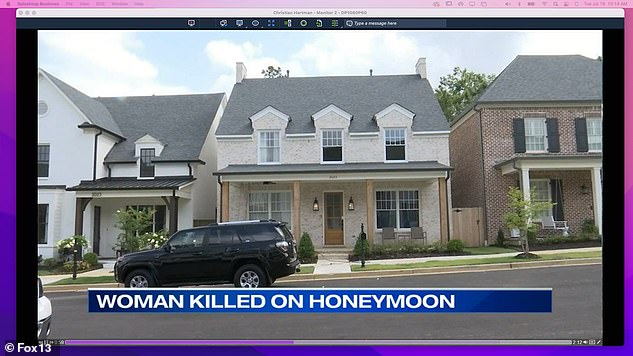 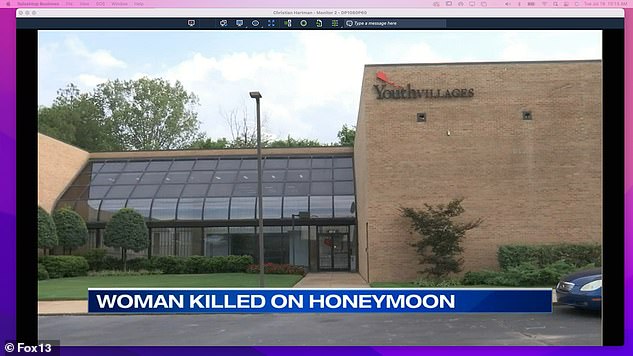 Dawson worked as an IT professional for Youth Villages, a non-profit which helps children. The nonprofit said Dawson had been suspended pending further information. ‘It is our understanding Ms. Chen was his wife, and our condolences go out to her family,’ Youth Villages said in a statement to FOX13

Before the alleged murder, Christe eerily told a neighbor how excited she was to be spending her honeymoon in paradise.

Christe’s body was later found inside a hotel room at the resort the couple was staying in, the news outlet reported.

It is unclear which resort the murder took place, but according to reports it was on Yasawa Islands or on the island of Mamanucas.

Dawson was ‘nowhere to be found’ on the remote island, known for its pristine beaches, crystal blue-green waters, palm trees, lush vegetation and remote setting, until police caught up with him and was taken into custody.

He refused to submit his DNA for forensic testing when the police prosecutor requested.

A court order was later requested before the Magistrate, Sekonaia Vodokisolomone at the Magistrates Court in Lautoka, Fiji Sun reported.

In the interim, a team has been sent to the island to investigate the alleged murder, FBC News reported.

On Monday, Dawson appeared before Magistrate, Sekonaia Vodokisolomone at the Magistrates Court in Lautoka.

Magistrate Vodokisolomone told the court Dawson had committed an indictable offence and the case would be transferred to the High Court in Lautoka, Fiji Sun reported.

The magistrate said Dawson’s bail application would have to be made in the High Court.

Police Prosecutor, Inspector Arvind Kumar sought the court’s order for Dawson to provide his DNA sample because he refused when Kumar initially requested.

Vodokisolomone said the request needed to be made in the High Court. 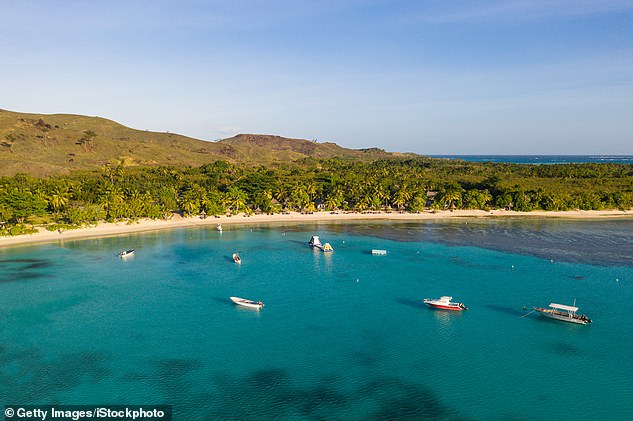 Before Dawson was taken into custody, he reportedly was on the run on the remote island, known for its pristine beaches, crystal blue-green waters, palm trees, lush vegetation and remote setting (pictured) 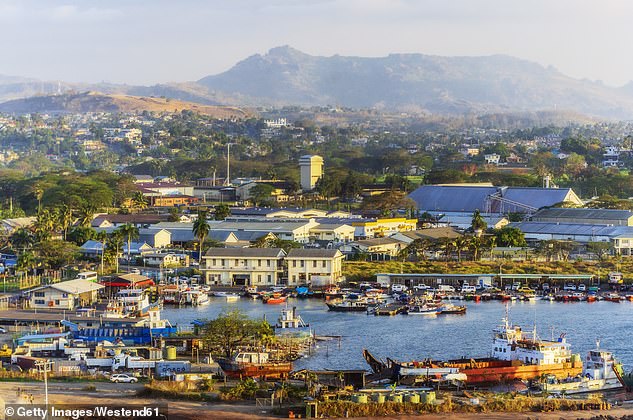 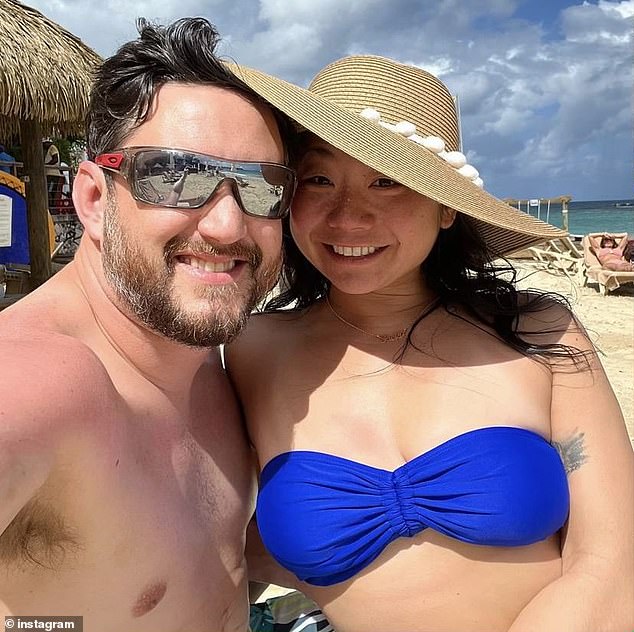 A photo of the couple on a vacation the pair took before the wedding. Christe was described by friends as a ‘kind, generous person who made friends wherever she went’ 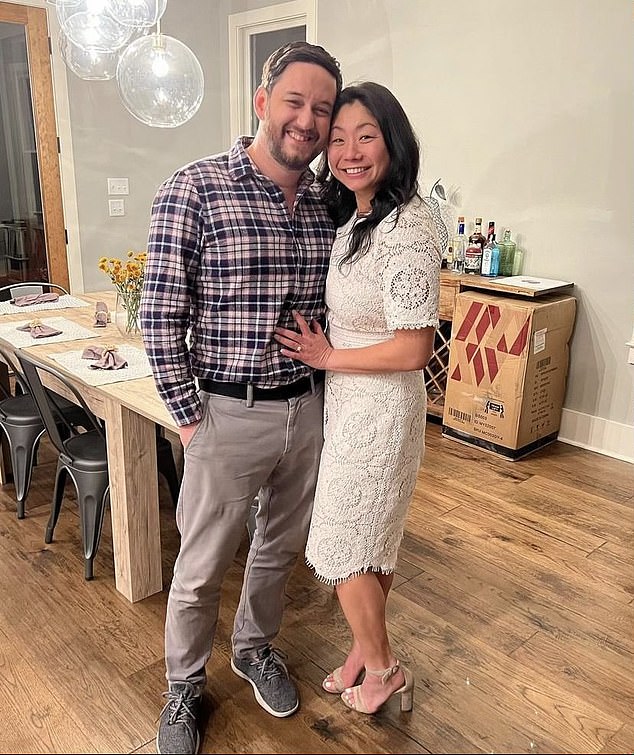 When DailyMail.com contacted Dawson’s attorney, Iqbal Khan he was unavailable.

Khan told FOX13 Memphis, that he was unable to confirm how Chen died, but said his client maintains his innocence.

He said he is working on getting his client a bond who is due back in court on July 27, the news outlet reported.

Chen Dawson worked as a pharmacist at Kroger. Her husband worked as an IT professional for Youth Villages, a non-profit which helps children.

The nonprofit said Dawson has been suspended pending further information.

‘It is our understanding Ms. Chen was his wife, and our condolences go out to her family,’ Youth Villages said in a statement to FOX13.

The couple shared a new home on Elzey Avenue in the Cooper-Young area of Memphis.

Days before her honeymoon, a neighbor said Chen was excited and looking forward to their honeymoon on the island of Fiji, Fox13 News reported.

On the victim’s Facebook there are photos of a smiling and carefree Chen Dawson. Many of the photos are her dogs. One of the photos show her in a play, another with a girlfriend, or happily eating cotton candy.

Others show her on the beach or enjoying the view after a hike.

One of the photos shows the victims fun side as she poses while dressed in a cow costume with her udders hanging out.