Newsreader makes history by becoming the first journalist to front a broadcast ! with a face tattoo

This just ink! Newsreader makes history by becoming the first journalist to front a broadcast with a face tattoo

A female journalist has made history by becoming the first person to present a TV news program with a face tattoo.

The mother-of-four from Auckland said the moment fulfilled a lifelong dream.

‘Back in August, thanks to a beautiful woman whom I’ve long admired and idolise, I began to take seriously a lifelong goal of being a news anchor on mainstream TV,’ she wrote on Facebook.

Ocean Mercier, head of Victoria University’s School of Te Kawa a Māui- Māori Studies said someone wearing a moko kauae on the state broadcaster was a huge accomplishment.

‘[It’s] a pretty awesome signal of how far society has come in terms of accepting expression of culture,’ she told Stuff.

Mercier said moko kauae were prominent in photos taken of Māori women around the time of colonisation in New Zealand.

She said they had since declined because there was shame attached to them that is associated with colonisation. 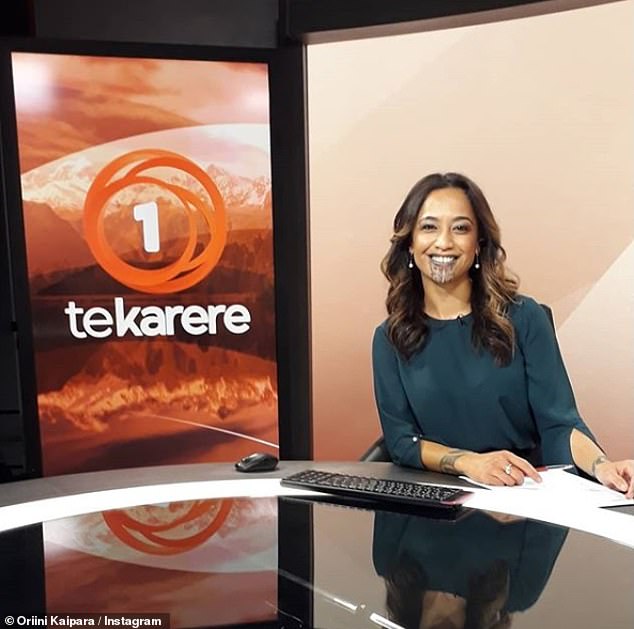 The mother-of-four said of the cultural accomplishment: ‘This is for us. All of us.’

‘Today there is a revitalisation of those who are wearing them… that shame and that fear has been not stripped away, [but] people are feeling more confident and free to wear these with confidence and with pride.

Mercier added that Kaipara bearing the cultural symbol on the news creates visibility that helps to further normalise aspects of Maori culture.

Kaipara is also a presenter on the te reo bulletin and has previously worked for Māori Television and Mai FM.

Commentators applauded the broadcaster on Facebook for embracing the Māori tradition.

One person wrote: Good on you TVNZ leading the way in things Maori with our Breakfast Show hosts learning the reo being able to use it on Air, so cool!!! thank you!!!!’ 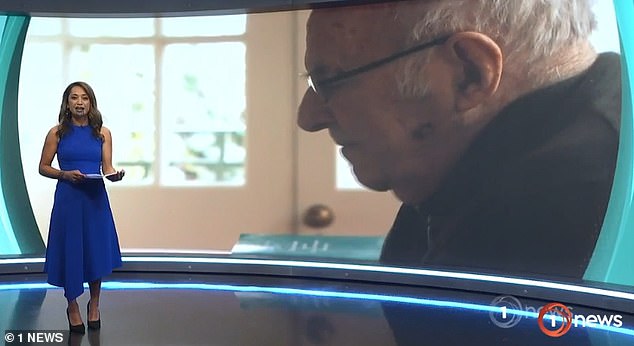 ‘Thank you TVNZ for leading the way in mainstream televsion broadcasting yet again,’ read another.

In 2017, Kaipara, who is of is of Tūhoe, Ngāti Awa, Tūwharetoa and Te Arawa descent, made headlines when a DNA test revealed she is 100% Māori.

Social media photos from January 2019 show her surrounded by family while a tattooist inscribes her moko kauae.

For Māori women the moko was a rite of passage, marking the passage between girl and adulthood and symbolises a personal process of transformation.