Neymar and Kylian Mbappe will miss PSG’s Ligue 1 match on Saturday, but are expected to play against Liverpool in the Champions League

Injured strikers Kylian Mbappe and Neymar will miss Paris St-Germain’s Ligue 1 date against Toulouse on Saturday but both could be back for next week’s Champions League tie with Liverpool, coach Thomas Tuchel said on Friday.

Neymar tweaked his groin in Brazil’s 1-0 win over Cameroon on Tuesday and Mbappe hurt his shoulder in France’s 1-0 victory against Uruguay the same night.

But Tuchel said medical reports were encouraging, especially for Neymar, and that he hoped both will be fit by Wednesday.

Neymar and Kylian Mbappe were both injured on international duty, but could be fit next week 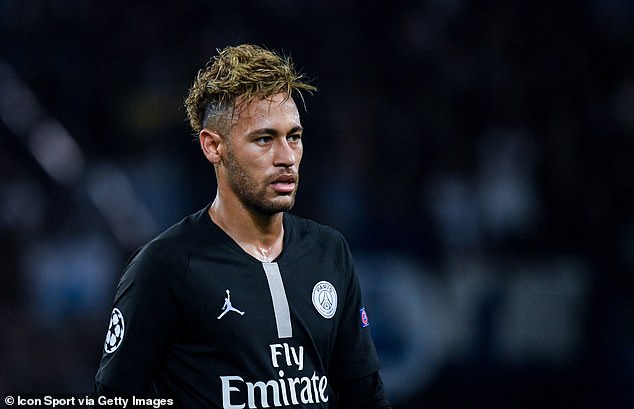 ‘We will not take any chances with Neymar and Kylian Mbappe tomorrow (against Toulouse), they will not be present,’ French newspaper L’Equipe quoted him telling reporters on Friday.

‘The possibility exists that they will play against Liverpool. Today, after talking to the doctor, for me Neymar can play on Wednesday.’

The Liverpool tie is a crunch one for the French club. PSG sit third in Group C, a point behind joint leaders Liverpool and Napoli with two games remaining. 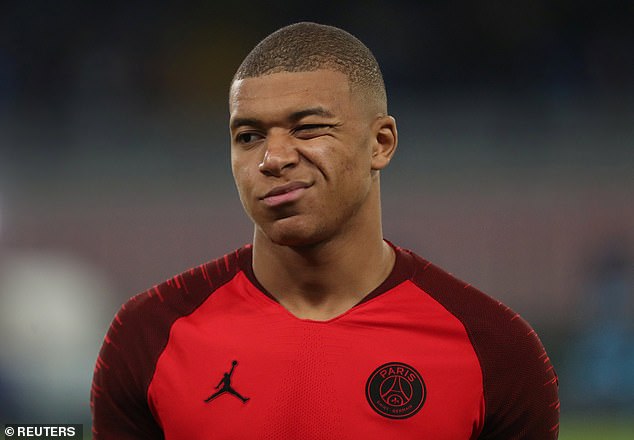 The Champions League is the main focus for the ambitious club this season, with the French league already looking a formality as they sit 13 points clear at the top of the table with 13 wins out of 13.

Winger Julian Draxler, meanwhile, was quoted by an ESPN reporter as saying the Paris club are ready to step up against a Liverpool side who won 3-2 in their previous encounter at Anfield in September.

‘We are not afraid of Liverpool,’ Draxler said. ‘We do not fear elimination. We know this is a mini-final and we will have to play better than the first leg. We have a great team for it.’